Court, a Christian pastor at a Perth-based church she set up decades ago, has long been vocal about her opposition to same-sex marriage, a stance that has alienated gay players, past and present.

Tennis Australia has brokered a truce with Margaret Court and will recognise the 50th anniversary of her calendar Grand Slam at next year's Australian Open but reiterated the organisation disagrees with her personal views on same-sex marriage.

Court, who holds the all-time record of 24 Grand Slam singles titles, has not attended the Australian Open since 2017 when her opposition to same-sex marriage made her a lightning rod for criticism in the leadup to a national plebiscite on the issue.

However, Court said earlier this month she wanted her 1970 calendar Grand Slam to be given the same respect afforded to compatriot Rod Laver, who was feted earlier this year at Melbourne Park for his 1969 Grand Slam. Margaret Court has said she wants her 1970 calendar Grand Slam to be given the same respect afforded to compatriot Rod Laver.
Getty Images AsiaPac

A calendar Grand Slam in tennis means winning Wimbledon and the Australian, U.S. and French Open titles within the same year.

Tennis Australia said on Saturday they would honour Court's achievement throughout the Jan. 20-Feb. 2 Australian Open, the year's opening Grand Slam tournament, with a series of events and had invited her to attend, which she had accepted.

"I'm looking forward to celebrating the 50th anniversary of winning the Grand Slam with my family and friends at the Australian Open," Court said in a Tennis Australia statement on Saturday. "This is an incredible milestone for me, and I can't quite believe how quickly the time has gone. It's always wonderful to catch up with my fellow legends and I'm grateful to Tennis Australia."

Australia legalised same-sex marriage in December 2017 after 61.6% of respondents to a voluntary plebiscite voted for it. 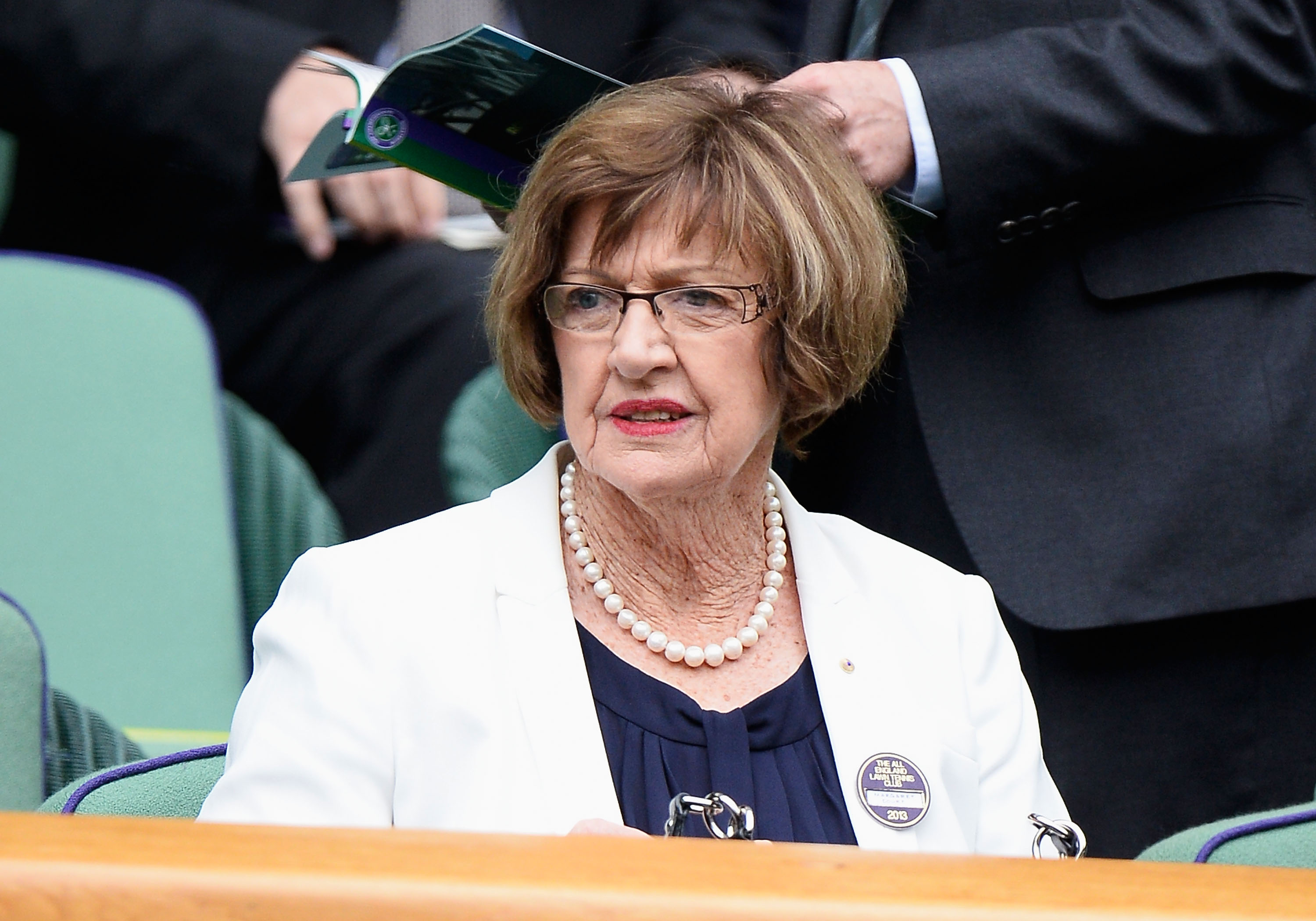 Tennis Australia maintains its views on same-sex matters do not align with those of Margaret Court.
Getty Images Europe

"As often stated, Tennis Australia does not agree with Margaret's personal views, which have demeaned and hurt many in our community over a number of years," TA said in the statement.

"They do not align with our values of equality, diversity and inclusion.

"Our sport welcomes everyone, no matter what gender, ability, race, religion or sexuality, and we will continue to actively promote inclusion initiatives widely at all levels of the sport."