Tens of thousands of Australians have marched in Invasion Day rallies across the country to mark the beginning of colonialism.

Chants of "always was, always will be Aboriginal land" have rung out across Australia's major cities as tens of thousands of people marched in Invasion Day rallies.

While some are celebrating Australia Day at festivals and citizenship ceremonies, it is a day of mourning and sadness for Indigenous Australians. 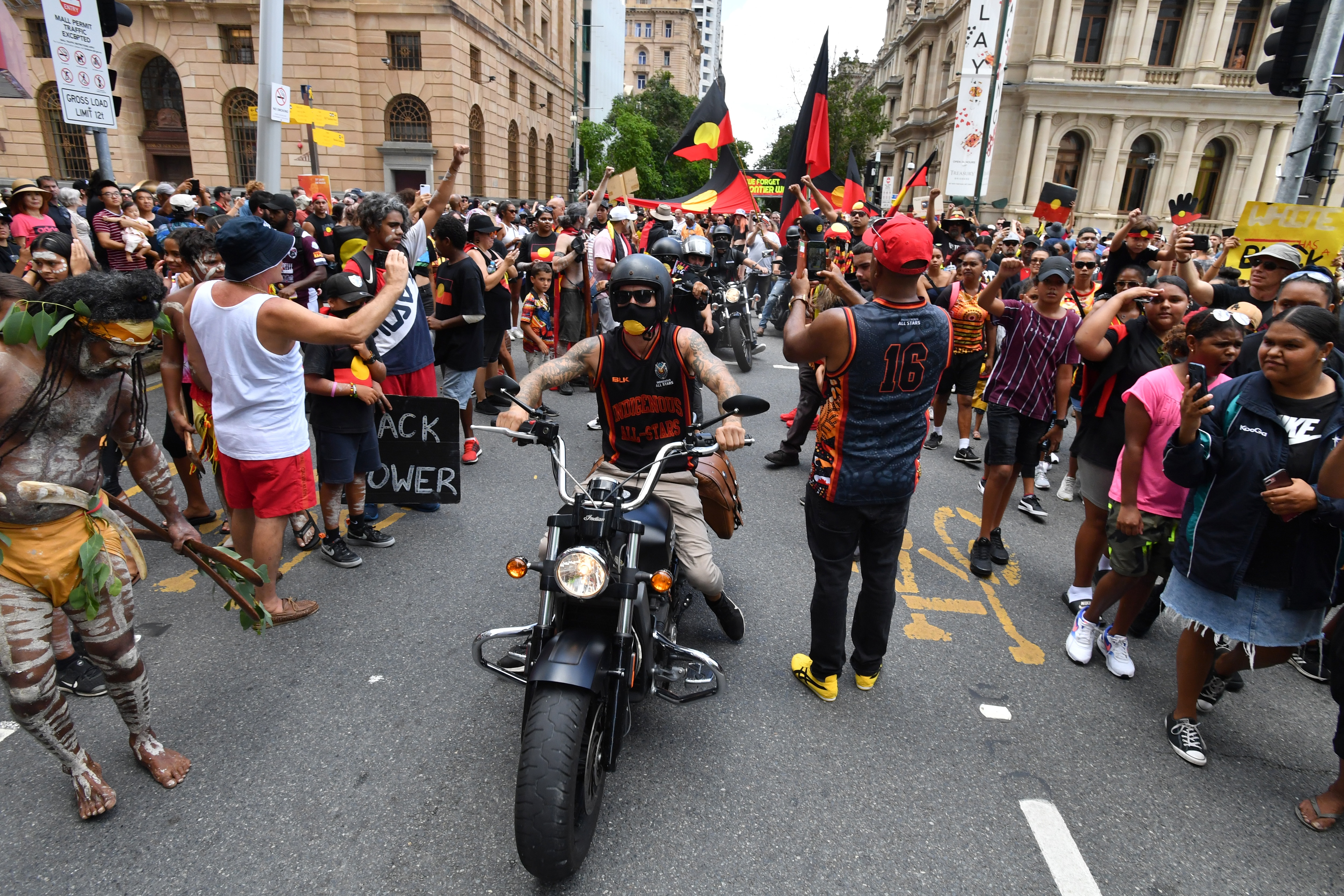 Invasion Day rallies have focused on injustices that Indigenous people continue to suffer and called for the date to be changed from 26 January, which marks the anniversary of the arrival of the First Fleet of British ships into Port Jackson in 1788.

Holding signs reading "not happy Jan 26" and "colonialism cooked this country", protesters have gathered in Sydney, Brisbane and Melbourne.

Brisbane rally organiser Boe Spearim said 26 January felt more like a funeral for many First Nations people, rather than a celebration.

In Melbourne, a small group of far-right demonstrators threatened to cause a confrontation at Flinders Street Station.

But they were quickly contained by police and drowned out by the chants from the thousands of Invasion Day marchers.

"Germany doesn't celebrate Hitler, why do we celebrate Captain Cook?" she said, calling for the date of Australia Day to be moved.

"No one should celebrate on this day because so much loss and pain was caused on this date," she said.

Thousands gathered at Sydney's Hyde Park at 11am ahead of a march to the Yabun Festival.

Thousands have turned out for Sydney’s Invasion Day March from Hyde Park on its way to the Yabun Festival #AlwaysWasAlwaysWillBe #InvasionDay #SurvivalDay @SBSNews @NITV pic.twitter.com/Ar29ty1mwr

Uncle Vic Simms, as people in Sydney file into Hyde Park, says Indigenous people were in Australia for thousands of years BC, or as he puts it, “Before Cook”. @sbsnews #AlwaysWasAlwaysWillBe #InvasionDay #AustraliaDay pic.twitter.com/xcFxvK35s2

First Nations speaker warns us that he thinks govts want to close down the tiny towns out of water. Another cycle of #dispossession. #InvasionDay Sydney 2020 pic.twitter.com/4l3AfyGUIy

NSW Premier Gladys Berejiklian told those gathered in Sydney on Sunday morning that Australia Day this year comes during a "difficult time" as the state comes to terms with the impact of the devastating fires.

She also called for renewed public discussion about how the ancient knowledge of Aboriginal people can be used to better protect the environment and communities.

Put meaning to your thoughts and words.

Show you mean what you say privately to me and others.

This is not a drill.

"These devastating bushfires encourage us as a community to reflect on Aboriginal practices that sustained this land for millennia," she said. 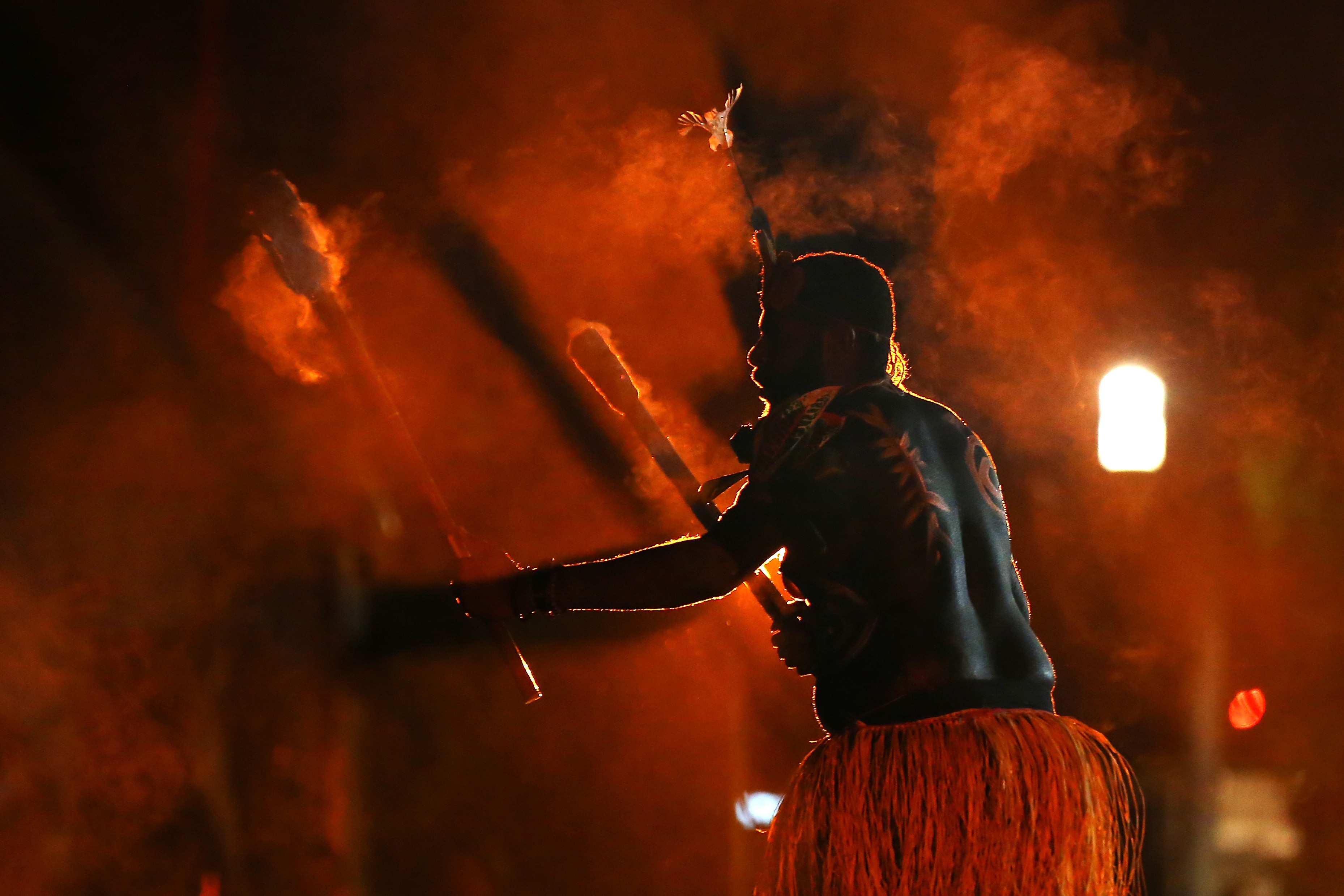 Torres Strait Islanders perform during a vigil on the eve of Australia Day, at Barangaroo.
AAP

Before the sun even rose over Sydney on Australia Day, mixed emotions about the national holiday were on display across the city.

Surrounded by 250 Aboriginal flags, people gathered at Barangaroo on the city’s foreshore to watch the sunrise and reflect on Australia’s Indigenous heritage.

The morning ceremony began with a welcome to country by Wiradjuri woman Yvonne Weldon who said 26 January will always be a "sombre" day for Aboriginal people.

Can’t see from the back, but I can hear Uncle Bill Smith telling us all to honour the land, to stop taking and give something back #InvasionDay pic.twitter.com/MNaoAfmmy2

She asked everyone present at Barangaroo Reserve to stand for a minute's silence.

"On this day 232 years ago it was a beginning of devastation for the First Nations people of this country," she said.

"Since 1938 this has been a day of mourning for our people, one that has plagued our communities and our families." Jesse Randall during the Invasion Day rally in Brisbane.
AAP

The Metropolitan Local Aboriginal Land Council chairperson said Indigenous people are inclusive of everyone but they aren't always treated the same way.

She told the ceremony theirs is the oldest living culture in the world. 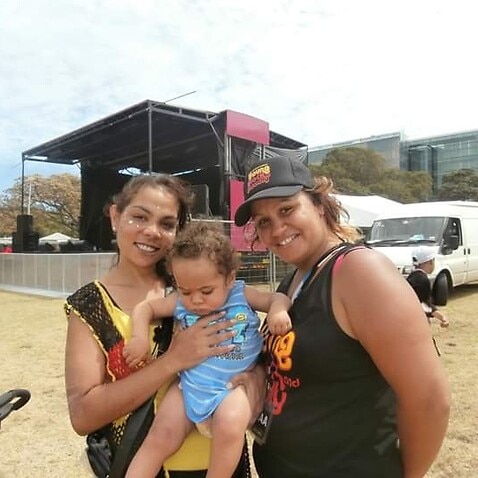 How these Indigenous Australians want you to view 26 January

"Whether you call this Invasion Day, Survival Day or Australia Day, know this country didn't begin 232 years ago," she said. "It was here, we were here before time began."

After the speeches, the national anthem was sung in both the Eora language and English by the KARI singers and Isaiah Firebrace as the Aboriginal and Australian flags were raised on the Sydney Harbour Bridge.