A small town in South Dakota with a population of about 7,000 people could host as many as 250,000 visitors for a 10-day motorcycle rally amidst the coronavirus pandemic.

Roughly 100,000 people are expected to descend on a small city in South Dakota this weekend for an annual 10-day motorcycle rally, as the COVID-19 death toll in the United States tops 160,000.

Local media reported tens of thousands of riders rolled into Sturgis for the start of the event on Friday despite concern from residents.

Only a handful of attendees are said to have worn face masks, in what could be one of the biggest public gatherings in the US since the emergence of COVID-19.

South Dakota Governor Kristi Noem supported the event on social media and said she was excited for visitors to see what the midwestern state had to offer.

I trusted my people, they trusted me, and South Dakota is in a good spot in our fight against COVID-19.

The #Sturgis motorcycle rally starts this weekend, and we're excited for visitors to see what our great state has to offer! https://t.co/UiHvaYviqa

"South Dakota is is in a good spot in our fight against COVID-19," she tweeted.

The state's department of health reported there were 98 new infections on Friday bringing the total of active cases to 983.

But Commissioner of neighbouring Minnehaha County said he was worried visitors would bring the virus through nearby cities as travelled to and from the event.

"It's a little scary to have these many people come."

The Sturgis City Council in June said the event would proceed with significant changes to city-sponsored events to safeguard the community.

Attendees would be asked to practice social distancing and observe health guidelines, while hand sanitising stations would be placed throughout the city's downtown area, and sidewalk areas would be sanitised nightly, the council said.

A Reuters tally showed the US reached the grim 160,000-plus death milestone on Friday, as Americans and their political leaders remain divided over such issues as reopening schools, testing, business closures and mask orders.

"Elected leaders need to begin to address this crisis as a public health rather than a political issue," said Dr Melanie Thompson, an internist in Atlanta.

"Federal and state governments should subsidise access to serial rapid testing for schools and all senior living facilities. Congress needs to provide a financial safety net for the most vulnerable, including our essential workers," Dr Thompson said. 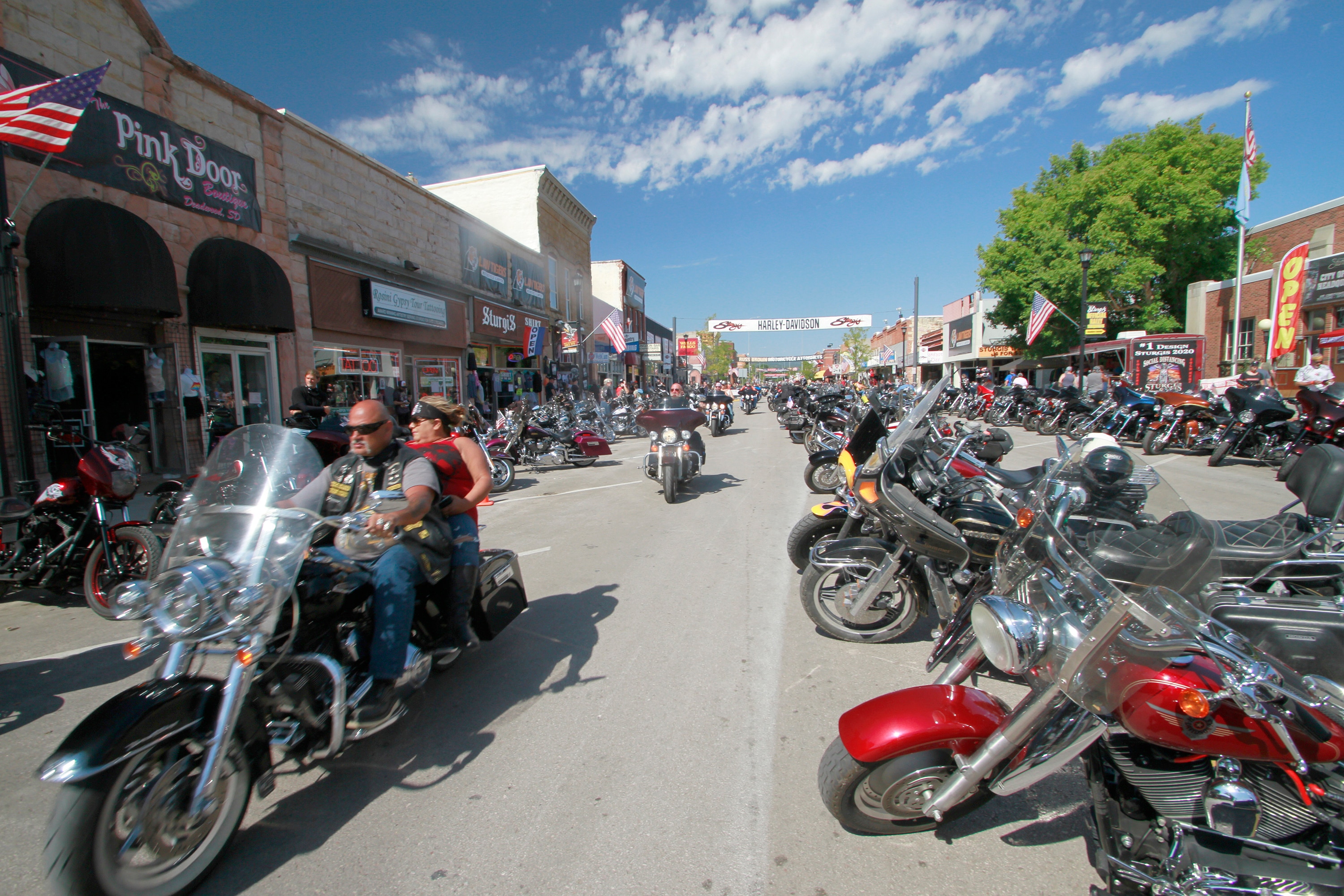 Bikers ride through Sturgis for the opening day of the rally on 7 August.
AP

President Donald Trump said he would issue an executive order suspending payroll taxes for all Americans through the end of this year and extending supplemental unemployment benefits if the White House could not reach a deal on a relief package with top Democrats in Congress.

Mr Trump, speaking at a news conference at his golf property in Bedminster, New Jersey, made the vow after negotiations between the two sides broke down on Friday.

COVID-19 infections are rising in 20 US states, according to a Reuters analysis, as the centre of the outbreak shifts from sunbelt states such as California, Florida and Texas to the Midwest.

City officials in Anchorage, Alaska, on Friday won a court ruling in favour of a ban on indoor restaurant dining after suing an eatery that defied an emergency order prohibiting the practice

Massachusetts Governor Charlie Baker partially rolled back plans to reopen the state's economy, reducing the maximum number allowed at outdoor gatherings from 100 to 50.

School reopenings remained a divisive issue nationwide. New York Governor Andrew Cuomo said Friday that some 700 districts in the state could reopen classrooms, but urged them to consult with teachers, students and parents.

"If you look at our infection rate we are probably in the best situation in the country right now," Mr Cuomo told reporters.

In New York City, where 1.1 million children attend the country's largest network of public schools, Mayor Bill de Blasio has said student attendance will be limited to between one and three days each week.

Some states, including Florida and Iowa, are mandating schools provide at least some in-person learning, while the governors of South Carolina and Missouri have recommended all classrooms reopen.

Los Angeles, home to the nation's second-largest school district, has said students will remain home for the start of the new term.

Texas had initially called for schools to reopen but has since allowed districts to apply for waivers as the state grapples with a rising caseload.

The Houston Independent School District has said the school year will begin virtually on 8 September, but will shift to in-person learning on 19 October.