America's non-naturalised immigrant adults are diverse and numerous, and given the states where they live, would have the potential to sway the 3 November election result if their voices were heard, political experts say.

A record number of Americans are expected to vote in the United States presidential election, but Russian-born Washington DC resident Rita Konaev isn’t one of them.

Despite living in the US since 2003 and being married to a US citizen, the 35-year-old is yet to become one herself, a rite of passage that would enable her to vote.

For now, she’ll be forced to watch anxiously from the sidelines as the battle between President Donald Trump and Democratic nominee Joe Biden comes to a head.

“It’s devastating not to have a voice in this election. It was hard last time,” Ms Konaev told SBS News.

“There’s a constant reminder when you check social media and you get notifications about where you can register to vote … but knowing that you’re unable to contribute regardless of how much you want to.”

Ms Konaev is one of around 20 million people in the US over the voting age of 18 who will have no voice in this election.

For her, it’s not for want of trying. Through her marriage she applied for a green card and became a permanent resident three years ago. She's now waiting to become a citizen.

“It’s a process that has become more difficult to navigate and even longer to go through under the current administration,” she said.

“I feel more American than anything else. I’ve been here since I was 17 years old … My whole life is here.” 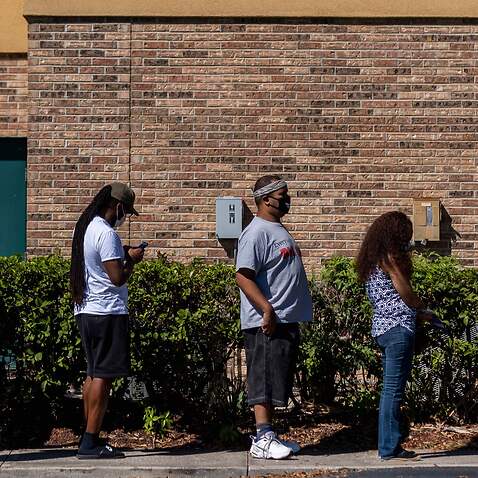 The US is more racially diverse than ever. Here's how that could impact this week's election

Of the 25 million non-citizens in the US (of all ages), 12.3 million of them are, like Rita, lawful permanent residents, according to think tank Pew Research Center. Of these, around nine million have lived in the country long enough to be eligible for citizenship, which typically requires three to five years.

The remaining 2.2 million are lawful temporary residents. A further 10.5 million are undocumented immigrants.

Around 20 million voiceless adults may not seem significant next to a voting pool of 240 million Americans (or the approximately 200 million who are actually registered to vote), but experts say America’s silent minority could have the potential to sway the result of the election if they were heard.

Professor Simon Jackman, CEO of the United States Studies Centre at the University of Sydney, says how the non-citizen immigrant population would vote can be imagined by looking at how the naturalised immigrant population votes. And this year there are 23 million of them, accounting for one in 10 eligible voters - a record high.

Almost every country in the world represented

America’s 45 million migrants, both naturalised and non-naturalised combined, are an incredibly diverse bunch, with almost every country in the world represented.

Mexico remains the top country of origin, with Mexicans accounting for 25 per cent of US immigrants, according to Pew. The next largest groups are from China, India, the Philippines and El Salvador, followed by Cuba, the Dominican Republic and Vietnam. People wait in line to vote in Georgia.

The share of non-naturalised immigrants varies considerably by race and ethnicity.

Only 38 per cent of Hispanics in America have a voice, according to Pew. While interest in the presidential race is mixed, about half say they are “extremely motivated” to vote, with a growing number showing support for Mr Biden.

Asian Americans, who used to be reliable Republican supporters on the whole, have shifted towards the Democrats. And the black American community, traditionally Democratic, has revealed pockets of support for Mr Trump during the campaign. 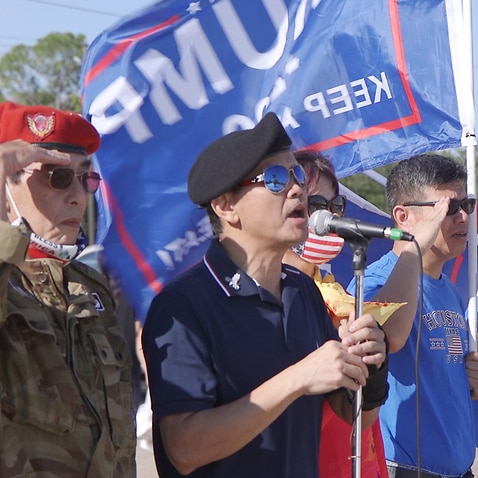 Asian Americans: The voters who could decide the election

Combined, 57 per cent of Asian and black Americans are eligible to vote.

Meanwhile, 60 per cent of white immigrants are able to vote. It's the only group in which more than half have been eligible since 2000.

“The one wrinkle is the Cuban-American community, which is almost religiously anti-Communist and tends to vote for Republican candidates.”

The silenced could turn the swing states

Migrants are disproportionately represented in only a few states. Nearly half (45 per cent) of them live in California, Texas and Florida, according to Pew.

If the voiceless had the vote in California, a largely Democratic state, the result probably wouldn’t change that much, Professor Jackman said. But in the battleground states of Texas and Florida, it’s a different story.

“Whoever wins Florida is probably going to win the entire election, it’s that important. And if somehow, at a stroke of a pen, this big burst of immigrants were to come onto the electoral roll and vote, that could inject a million people into the political system of whom the majority are Democrats.

“This couldn’t help but be consequential, I should think.”

Non-naturalised Americans, if they suddenly had the vote, could have a similar impact in Texas, Professor Jackman said.

“Trump will probably win it but very narrowly, so you have to ask yourself, what would having those extra voters do? And my best guess would be, they’d probably tip the state.

“Texas is the single biggest plank the Republicans have in a presidential election … if that was taken away from them, game over.”

In recent months, the Republicans have been accused of slowing down the US naturalisation process and raising fees, making it more difficult for people to become citizens.

The delay has been blamed on COVID-19, which forced US Citizenship and Immigration Services (USCIS) to close its offices between March and June. Since then, the agency has been grappling with budget shortfalls, forced to furlough staff and been unable to deal with its backlog.

While there’s no way of knowing if it's a deliberate effort to skew the number of people entering the immigrant electorate, some believe this to be the case. 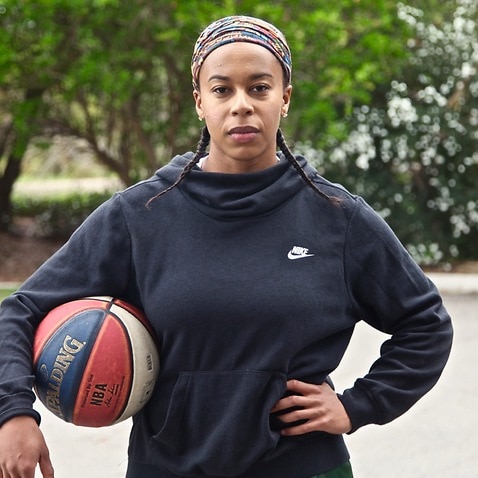 Doug Rand, who worked on immigration policy for the Obama administration and is now the co-founder of Boundless Immigration, a technology company that helps immigrants obtain green cards and citizenship, believes USCIS allowed these aspiring Americans to be disenfranchised.

“If the Trump administration had followed business as usual, we estimate that nearly 300,000 additional immigrants would have become US citizens in time to vote this November,” Mr Rand said.

Ms Konaev, who has already paid $14,000 in processing fees on her path to naturalisation, agrees the delays and price hikes have now made it incredibly hard for people to become citizens.

“There’s a big issue at stake here in defining who gets the opportunity to become American, and to have a voice in the future of what America would look like.”

Future citizens have the power

Over the coming years, immigrants will continue to change the face of the US electorate.

Their children, born on US soil, will carry an automatic right to vote, while net migration continues to increase by an average of around 700,000 per year.

The migrant make-up is also changing. Data suggests more Mexicans have returned home than migrated to the US in recent years, a trend mainly due to stricter border controls, a deteriorating US job market and improved conditions at home.

At the same time, arrivals from Asia have outnumbered those from Latin America in most years since 2009, with Asians projected to become the largest immigrant group in the US by 2055, according to Pew.

They’re a markedly different demographic. While immigrants from Latin America are much less likely to have finished high school than the general US population, arrivals from Asia are much more likely to have a university degree than American citizens.

The number of refugees accepted into the US, meanwhile, has dropped dramatically under the Trump administration: from 150,000 per year to around 25,000 per year, according to the Center for Migrant Studies. 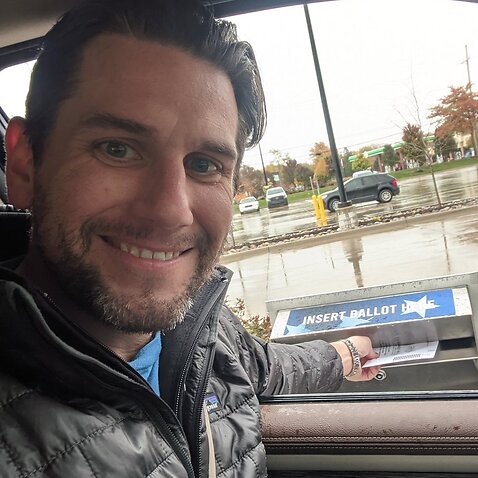 Professor Jackman says changes in the demography of the US electorate will force parties to evolve their policies in time.

“The political parties are adapting to a United States that’s slowly becoming less white,” he said.

“It’s hard for Trump to do much more with the white vote … The headway for any Republican lies in addressing this huge deficit they have with minority communities.”

There are two ways to do this, he says. One is targeting policies towards a certain community, such as black American males, to get the party over the line in certain states.

The other, he says, “is to embrace the future”.

Eventually, Professor Jackman believes, this will entail a softening of Republican immigration policy.

But for now, many immigrants continue to wait in what he describes as an “acute position of powerlessness”.

“You’re completely at the mercy of a political system that’s responding to voters and you’re not one of those voices,” he said. 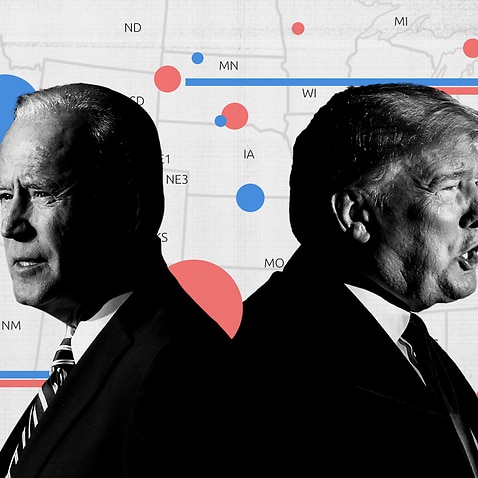 Ms Konaev still has no idea when she will become naturalised and says she feels for people who aspire to one day become US citizens in a process that has become difficult for many.

“It’s increasingly impossible for people like me that want to build a future here,” she said.

“That hurts on a personal level but it also hurts on what that means for the future of the United States that has built itself to be a country that welcomes immigrants.”