US presidential hopeful Joe Biden is about to make "one of the most important decisions in his candidacy for president".

As protests against racial injustice grip the US, presumptive Democratic nominee Joe Biden is under pressure to pick an African-American woman as his running mate.

Mr Biden has already committed to choosing a woman as vice president and a number of prominent African-Americans are reportedly on his shortlist.

Mr Biden's age (77, or 78 at the time of his possible inauguration next year) and the growing influence of the vice president position means it's a decision not to be taken lightly. "He is about to make one of the most important decisions in his candidacy for president," Bruce Wolpe of Sydney University's US Studies Centre told SBS News.

So who are some of the African-American women that could be a heartbeat away from the world's most powerful job? The daughter of Jamaican and Indian immigrants, she was the attorney general of California before being elected to the US Senate in 2016.

Her website says she is "the second African-American woman and first South Asian-American senator in history". "Democrats see her as very capable ... There is a wellspring of support towards her," Mr Wolpe said.

"With her prosecutorial background, in the Senate when cabinet officers would come up for oversight hearings, sort of like Senate Estimates here, she would really get into them and really made her mark," he said. Ms Harris also ran in the Democratic primary and her attack against Mr Biden's past positions on racial segregation was one of the most memorable moments of the campaign.

The pair went on to reconcile and Mr Biden has recently heaped praise on Ms Harris, last week calling her "a fighter and a principled leader".

Since the death of George Floyd at the hands of Minneapolis police triggered mass protests, Ms Harris has been a key political figure.

People are in pain. We must listen. pic.twitter.com/5PJ9gqyu1q

She was the first senator to join protests outside the White House and is helping lead the charge for police reform at a federal level.

Some activists have targeted her past as a prosecutor, but she has hit back by saying this background gives her the perspective needed to achieve change. 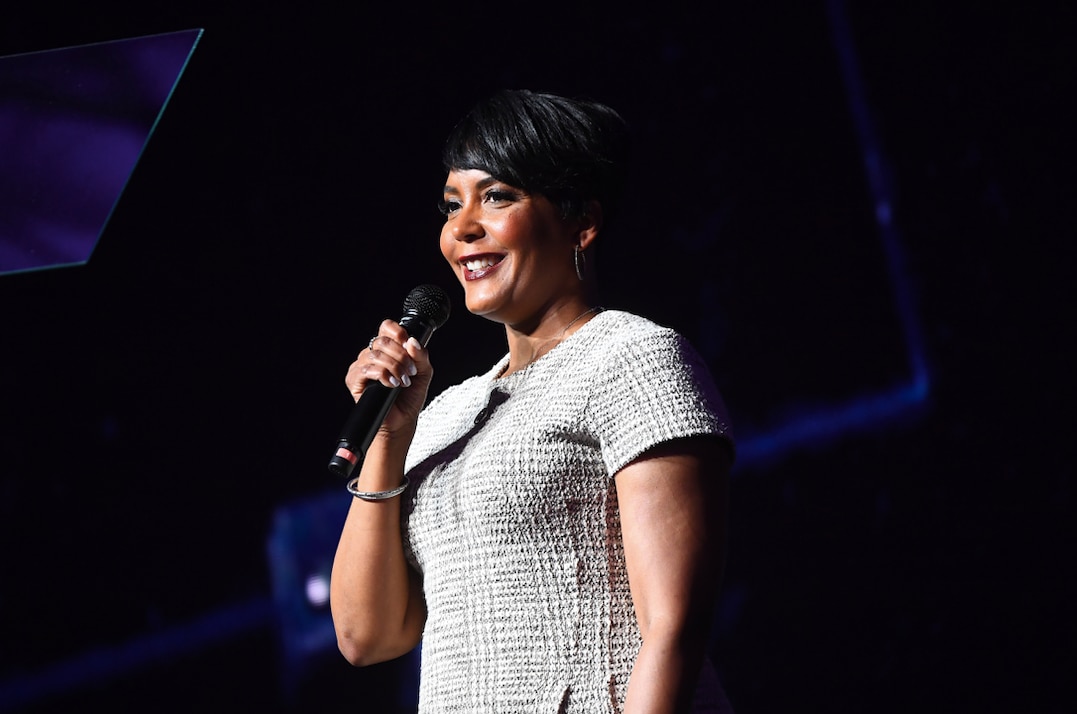 Mayor of Atlanta Keisha Lance Bottoms has firmly been in the national spotlight during the latest round of Black Lives Matter protests.

Atlanta is one of America's largest, most multiracial cities and has become a national flashpoint over the past month.

Ms Bottoms won praise after a speech in May as her city descended into violence.

"If you care about this city, then go home," Ms Bottoms told looters and non-violent demonstrators alike in remarks that quickly went viral.

"If you want change in America, go and register to vote ... That is the change we need in this country."

"This is chaos. A protest has purpose. When Dr. King was assassinated we didn't do this to our city," Mayor Keisha Lance Bottoms said. "If you want change in America, go and register to vote." https://t.co/fenfgQPZqO pic.twitter.com/DLFf4DhHXw

As the chaos eased, the 50-year-old went on to join demonstrators.

But then last week, 27-year-old African-American man Rayshard Brooks was shot dead by a white police officer in Atlanta, once again causing renewed violence there.

Ms Bottoms responded by ordering immediate police reforms, telling a press conference "our police officers are to be guardians and not warriors in our communities".

And this fight is personal for Ms Bottoms. As a child, she watched terrified as her father, the once-famous singer Major Lance, was led away in handcuffs and jailed on a drug conviction.

"Her life experience is a uniquely African-American experience, that of a woman to whom nothing was given," friend and fellow mayor Steve Benjamin of Columbia told USA Today. Val Demings in US Congress.
Getty

Val Demings worked at the Orlando Police Department for 27 years, serving as police chief from 2007-2011.

In 2016, she was elected to the US House of Representatives - the lower house of US Congress.

Mr Wolpe said Ms Demings' profile rose dramatically when she was asked to serve as an impeachment manager in the Senate trial of President Donald Trump.

"She was truly impressive," he said.

I am a descendant of slaves, who knew that they would not make it, but dreamed and prayed that one day I would make it.

So despite America's complicated history, my faith is in the Constitution.

I've enforced the laws, and now I write the laws. Nobody is above the law. pic.twitter.com/hzS9BkfOLp

Ms Demings has spoken out during the protests about the need for police reform.

"What happened to George Floyd, what happened in Atlanta, we've got to make sure that we're acknowledging that systemic racism still exists and it rears its ugly head," she said this week. Stacey Abrams on the campaign trail in 2018.
AAP

Stacey Abrams was near the top of the so-called "veepstakes" soon after Mr Biden appeared to clinch the nomination, but she has recently been overtaken by other contenders.

Ms Abrams served in Georgia's House of Representatives from 2007 to 2017 and ran for governor of that state in 2018.

Although she narrowly fell short, Mr Wolpe called her one of the biggest Democratic stars in that year's midterm elections.

"She got more votes than any other Democrat in history who was running for Georgia governor," he said. Ms Abrams has publicly been campaigning for the job, saying in April that "I have the capacity to attract voters by motivating typically ignored communities".

And she has hit back at claims that she lacks higher-level government experience.

"I know that when I'm asked the questions 'Are you qualified? Can you do this?' that I'm not just answering for myself. I'm being asked this question because I don't look like what people usually look like when they are considered for these jobs," she said earlier this week.

Having served as Barack Obama's vice president for eight years, Mr Biden knows only too well the importance of the role.

"Biden famously said in taking the job Obama offered, 'I want to be the last person in the room that you talk to on any major decision', and he was. Obama fulfilled that pledge to him. Biden wants that kind of person to be his VP too," Mr Wolpe said.

“[His pick] has to have the kind of chemistry he had with Obama - someone who he trusts, who trusts him, who can also add and expand his thinking." Mr Wolpe said the vice president role was once considered "meaningless", but in the past 50 years, VPs have often been very consequential either in a partnership with a president or in their own right.

He cited Mr Biden himself, Bill Clinton's VP Al Gore and George W Bush's VP Dick Cheney in particular as people who "changed what was done in DC and the country, and to some extent, history".

"The question now is given what is occurring in America, how important is an African-American woman for the ticket? I think it's very important."