A group of Australian artists and designers have visited China to explore the wearable technologies of tomorrow.

From the Apple Watch to the Fitbit, wearable technologies are a part of our daily lives. But what’s next?

A group of 24 Australian artists and designers from the University of NSW have visited China to explore the wearable technologies of tomorrow.

A scarf which protects its wearer from smog and a meditation pod are among the prototypes designed by the group, who are participating in a program called ‘Haptic Interface’. 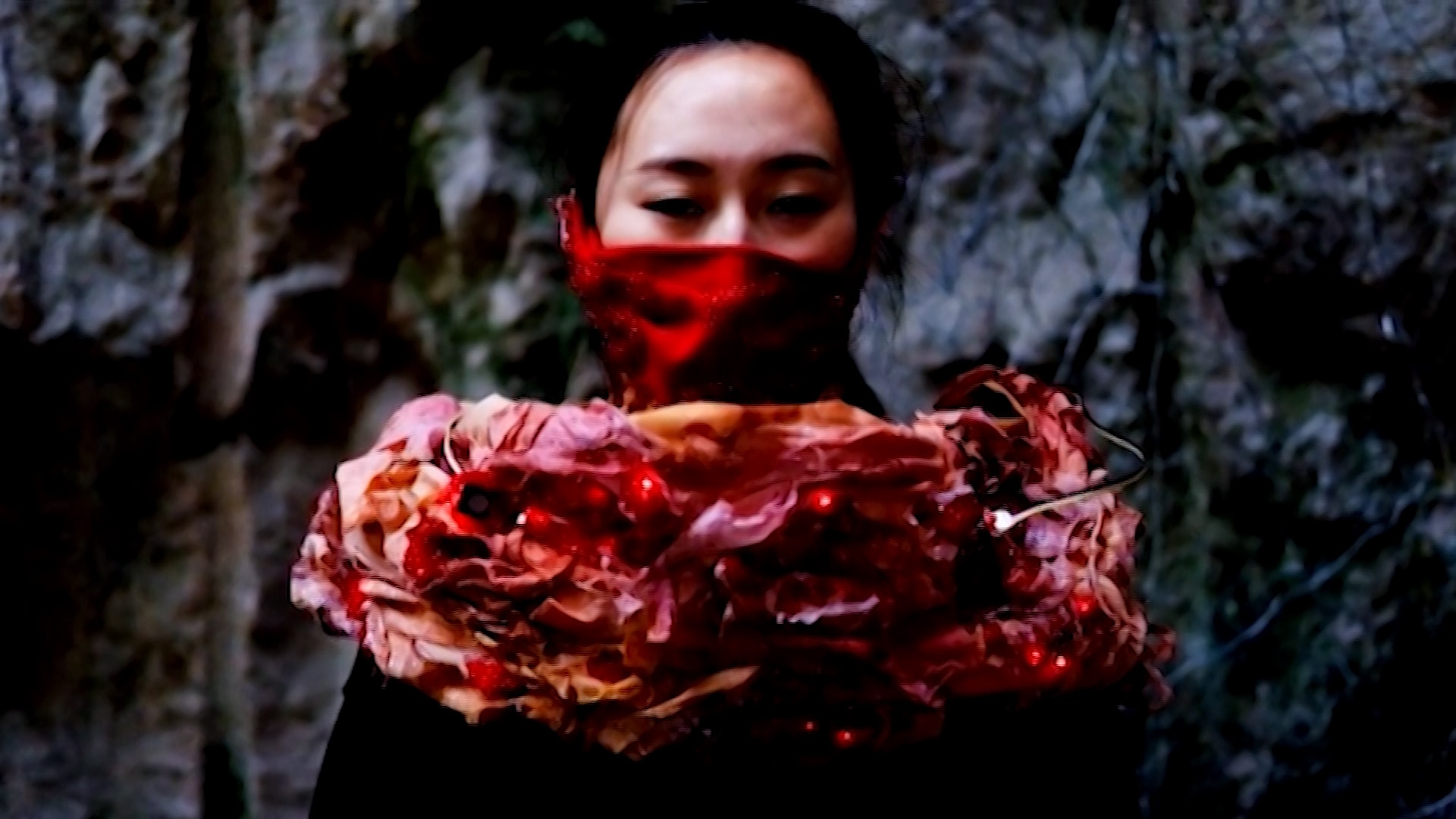 The scarf is designed to protect its wearer from smog.
SBS News

Program facilitator, and an artist and designer, Tricia Flanagan told SBS News: “China is a hothouse for this wearable technology space. They get exposed to something at a kind of scale that perhaps they haven't seen before.”

The group collaborated with Chinese students, manufacturers and organisations in Beijing, Hong Kong and Shenzhen. They hope Asia's technological expertise will help them create products to benefit communities back home. 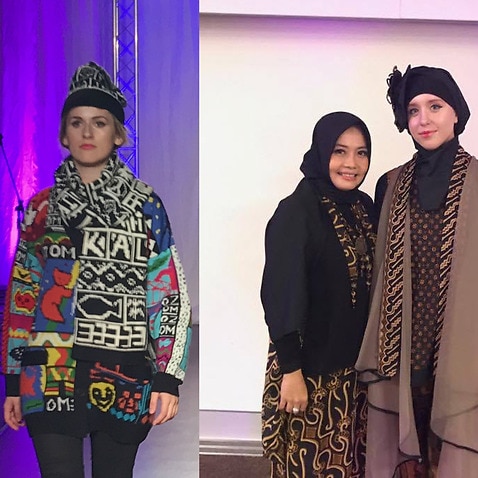 Designer Monisha Chippada is developing a hood-like meditation pod which allows wearers to hide from the over-stimulation of dense city environments, finding calm wherever they are. The battery-powered hood also has the capacity to block out unwelcome electronic signals.

“Being able to have some sort of safe space in this chaotic kind of world is what we really wanted to try and promote,” Ms Chippada said. 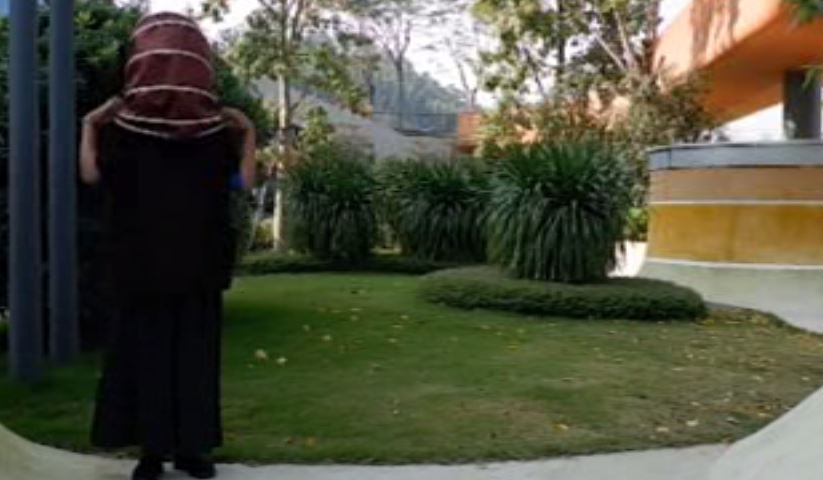 The meditation pod allows wearers to find calm wherever they are.
SBS News

Designer Deanna Wawn is helping to build a scarf which automatically rises up to cover the face when bad air quality is sensed, protecting its wearer from smog.

“We’re looking at biomimicry (the imitation of nature) and what's going to happen if we continue this way with air pollution and an unsustainable outlook,” Ms Warne said. 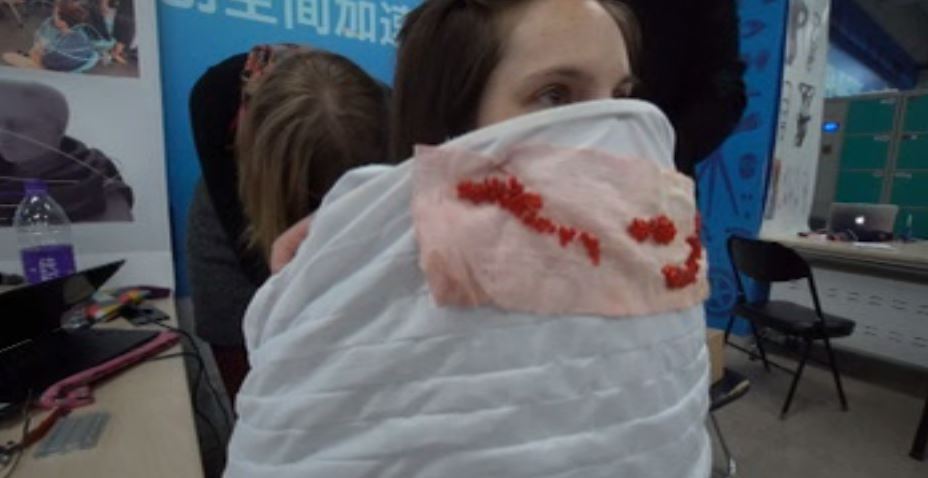 The scarf automatically rises up to cover the face when bad air quality is sensed.
SBS News

Jared Griffiths, an engineer and participant in the program, said visiting China has allowed him to better conceptualise user’s needs in the future.

“When I walk around the streets of Beijing and see the scale of everything and how everything interacts with each other, I feel potentially that is what our future will be like,” he said.

The trip was the first time Torres Strait Islander artist Ruth Saveka had visited Asia. Ms Saveka, who specializes in textiles, hopes to one day create a product which tracks symptoms of ill health and prevents disease.

“On a recent trip back home, I saw a lot of my people had some form of ailment … especially amongst the Indigenous community where diabetes is rife,” she said. 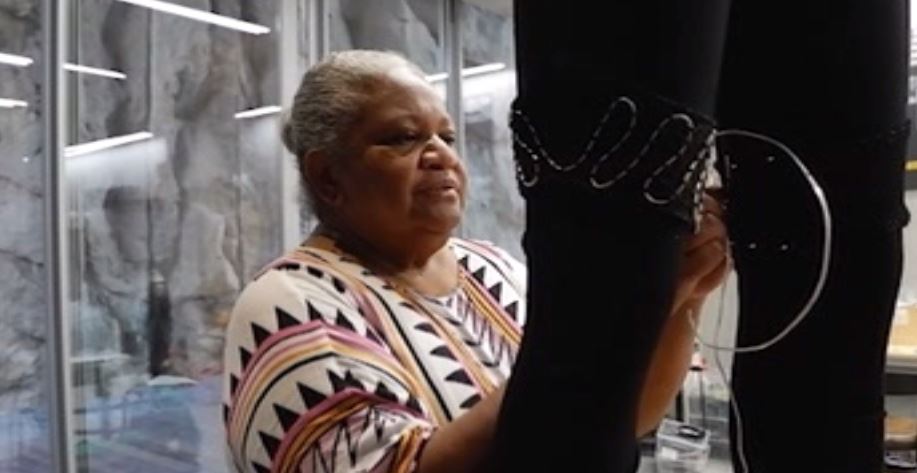 The trip was the first time Ruth Saveka had visited Asia.
SBS News

Ben Koo from Tsinghua University’s innovative iCenter hosted the group for a week in Beijing. He says professionals from both countries benefit from the exchange. “China needs international experience working with Australians and people with a broad worldview. And for the Australians, by physically being here they will have a different view of how they design their clothing,” he said.

Ms Flanagan believes it's crucial for young Australian creatives to learn from advances in Asia.

“Australia already has a huge Asian population and we are in the Asia Pacific, so it's just crazy if we're not working with our neighbours across the ocean.”