Australia's quarantine-free travel bubble with New Zealand has opened, with Prime Minister Scott Morrison describing it as a "win-win" for both countries.

From 11.59pm Wellington time on Sunday (9:59pm AEST), the NZ government lifted the requirement for Australian travellers to have to undergo quarantine upon arrival.

"Today's milestone is a win-win for Australians and New Zealanders, boosting our economies while keeping our people safe and just in time for Anzac Day," Prime Minister Scott Morrison said.

There were emotional scenes at Sydney Airport on Monday morning as the first flight took off, with families separated across the Tasman by the coronavirus pandemic eager to return to see their loved ones.

Until now, travel between the countries was a one-way street that allowed people from New Zealand to travel to Australia quarantine-free, but not vice versa.

Along with reuniting families and loved ones, the travel bubble is also expected to give New Zealand’s tourism sector a big shot in the arm.

But before you rush off to book a flight, here is what you need to know.

How is it going to work?

While travel across the ditch won’t be exactly as it was pre-COVID-19, things are still fairly straightforward.

Passengers will need to:

Ms Ardern said passengers will not be able to travel if they have cold or flu symptoms.

Travellers are not required to be vaccinated against COVID-19.

Ms Ardern said officials would conduct random temperature checks on those touching down in the country “as an extra precaution”, and travellers from Australia would not have contact at airports with people arriving from other parts of the world.

Qantas, Jetstar and Air New Zealand have confirmed they will be taking part in the bubble, though Virgin won’t resume all of its New Zealand services until 31 October.

“While the airline remains committed to Trans-Tasman flying when the market fully recovers, we are mindful of evolving border requirements which add complexity to our business as we push ahead with plans to grow our core domestic Australia operation,” a Virgin spokesperson said in a statement.

A limited schedule for Virgin flights to and from Queenstown will remain available for booking from 18 September.

Could the bubble close in the event of an outbreak?

Ms Ardern said incoming travellers should be prepared to have their plans changed at short notice if there’s a new outbreak of COVID-19.

But she said an outbreak in one Australian jurisdiction would be unlikely to cause the bubble to close entirely.

"Although [the bubble] adds an extra layer of complication for us as we manage potential hot spots in different states, it also gives us a level of flexibility. It does mean we have the ability, if we believe it safe to do so, to potentially pause or suspend flights in one state whilst, if another state remains unaffected, continuing travel there,” she said.

“That flexibility exists, but we'll be using it cautiously and wisely.”

Ms Ardern said the government was “not anticipating” charging travellers from Australia for quarantine if they end up suddenly needing to due to an outbreak in the state they’ve come from.

Is Australia opening bubbles with other countries?

No others have been announced yet, but there is, in time, potential for more.

Mr Morrison and Ms Ardern have since said travel to Pacific nations could be next as both countries explore opportunities to extend quarantine-free travel "when it is safe to do so".

It was reported last month the Australian government was working on a plan to create a travel bubble with Singapore.

Speaking to the ABC on Monday, Deputy Prime Minister Michael McCormack said the government would be having discussions about setting up further travel bubbles over the next few months. 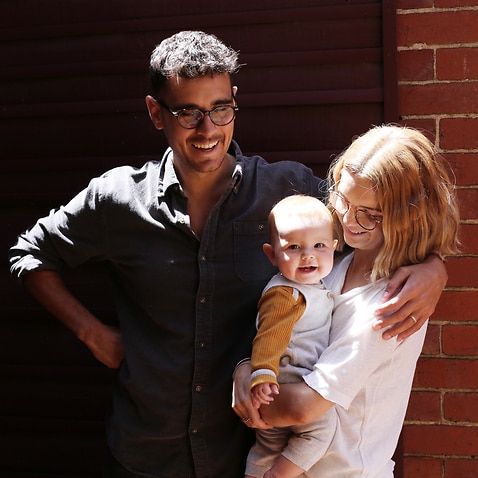 'So excited': After the travel bubble announcement, Kiwis in Australia are planning long-awaited homecomings

Other countries have outlined plans for special travel zones, but the New Zealand-Australia arrangement is among the first in the world that does not involve mandatory COVID-19 testing.

Overseas, Taiwan and Palau launched a travel bubble at the start of this month. Estonia, Latvia and Lithuania launched Europe’s first quarantine-free bubble last May, but it closed in September.

Despite this, Mr Morrison maintains he is in no rush to lift international restrictions as the COVID-19 pandemic continues to rage around the world.

"The idea on one day that everything just opens, that is not how this will happen," he told reporters in Adelaide on Sunday.

"It will be happening cautiously and carefully, working very hard on the medical and health protections in place because I'm not going to put at risk the way that Australians are living today."