The ADF wants the increase its recruitment of Indigenous Australians to five per cent as part of a larger push to improve its Indigenous affairs policy across the sector.

Lorraine Hatton is a military veteran, having served 20 years in the armed forces, including across the Middle East.

She was one of the first Aboriginal women to contribute to war efforts in Afghanistan as a communications officer and, for her, she found the army a place of acceptance.

“I felt Defence was one of the first equal opportunity employers for First Australians and we're going back to the [days of the] Boer War.” Ms Hatton is part of a growing number of Indigenous Australians in the Australian Defence Force.

“I think Defence has had a connection with First Nations people for eons, and they have learned from those lessons about how they can actually engage,” she said.

Aboriginal and Torres Strait Islander people make up 2.7 per cent of the Australian population, but the ADF wants to see them making up at least five per cent of all recruits by 2025.

It’s part of a larger commitment, under Defence’s latest Reconciliation Action Plan, to build relationships with Indigenous communities and increase the cultural capability of its workforce.

Flight Lieutenant Krystal Perkins is helping Defence achieve its Indigenous recruitment through her work as a diversity and inclusion officer in the Royal Australian Airforce.

She says Aboriginal and Torres Strait Islander representation is critical to the overall diversity of Defence.

“We want to reflect a diverse workforce which has the capability skills for the future and I think it’s about Defence having a genuine relationship with Aboriginal communities,” she said. Krystal Perkins is a diversity and inclusion officer in the Royal Australian Airforce.
SBS News

“We as Aboriginal people have a fundamental reason for protecting our country and that is something that we take with all pride and all seriousness in the way that we are and what we do,” she said.

“I wanted to make a difference and to protect and serve my country, and leave Australia in a better place than it is today.” Reconciliation Australia CEO Karen Mundine says bringing Indigenous knowledges together with Defence can benefit both communities and the industry.

“This idea of defence of country is so intrinsic to us Aboriginal people but also it’s the DNA of the Defence Force,” she told SBS News. The unconventional army unit where Indigenous soldiers are key

“This whole idea of history … the stories of the relationship between the Defence force and Aboriginal and Torres Strait Islander people, unpacking that the good, the bad, the ugly, and thinking about what does that mean for who they are today,” she said.

It's this history that Pastor Ray Minniecon says needs to be acknowledged.

Mr Minniecon, an Aboriginal elder from south-east Queensland, has dedicated much of his life to commemorating Indigenous servicemen and women through the Coloured Diggers Project. 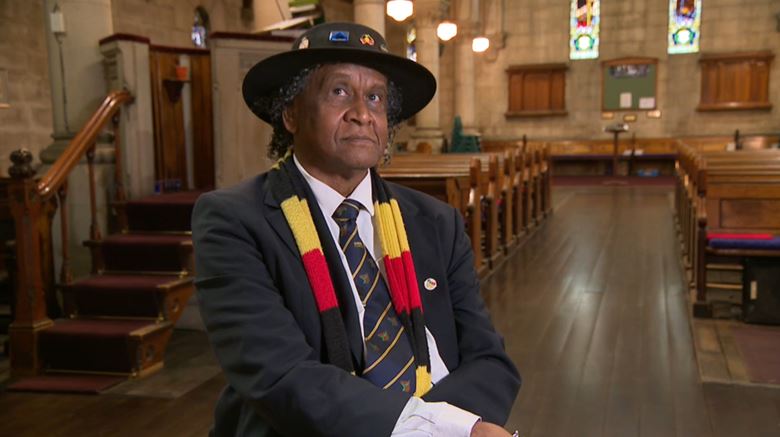 According to the Australian War Memorial, Indigenous people served in every conflict and commitment involving Australian defence contingents since Federation, including both world wars and the intervals of peace since the Second World War.

But little was known publicly about their presence in the armed forces prior to the 1970s.

“When they finished their service there wasn't much left for them and the Defence force left them out to dry in the old days so we're got these complexities around this,” he said.

“They don’t have to send our children off to war but they can train them to be all kinds of technicians, and it could a stepping stone to something that they never thought was possible for.”