It is thought to be the first time civil proceedings have been launched in Australia on behalf of the family of a person killed in offshore detention. 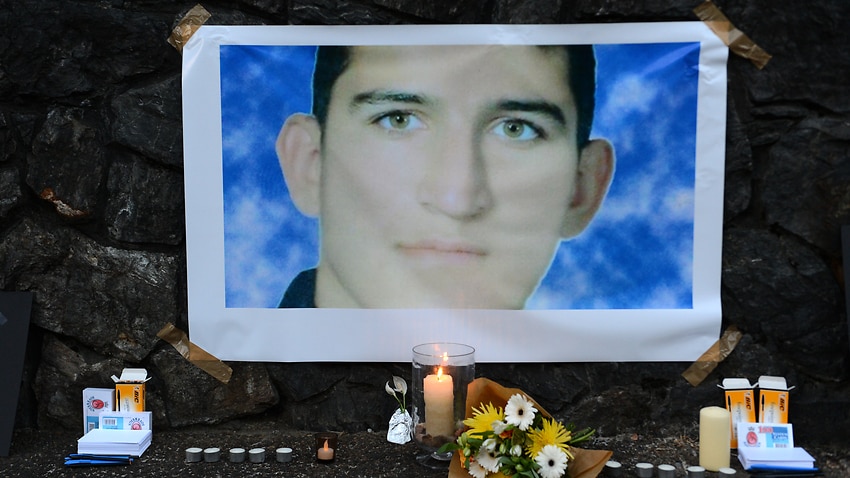 A shrine for Reza Berati is seen during a candlelight vigil in support of asylum seekers in Brisbane, Sunday, February 23, 2014. Source: AAP

The parents of an Iranian asylum seeker murdered at the Manus Island detention centre have launched legal proceedings against the Australian government and security firm G4S over his death.

Reza Berati was 23 years old when he was beaten to death by guards during a riot at the detention centre in February 2014 that also left 77 other asylum seekers injured.

A Senate inquiry later determined the Australian government had failed in its duty to protect Mr Berati from violence that was "eminently foreseeable" and recommended compensation be provided to his family for his death.

The compensation was never paid.

Court documents have now been filed in the Victorian Supreme Court, with Mr Berati’s parents, Ita Torab Berati and Farideh Baralak, saying they suffered mental harm as a result of their son’s murder.

"Reza was our only son. He was an ethical and good person who cared about his family deeply. Our family is heartbroken and we have been suffering for so long with his death. We won’t recover from our loss," Ita Torab Berati said.

"I do not want the human rights of my child to be ignored or forgotten by the world. I want the international community to protect the rights of my son. I want justice for my son. I don’t want his death to be insignificant."

It is thought the case is the first filed in Australia on behalf of the family of someone who has died in offshore detention.

Maurice Blackburn and the Human Rights Law Centre are representing the Berati family, and allege the negligence of the government and G4S caused the murder of their son.

"The Australian Government and the security operator G4S failed in its duty of care to the people in offshore detention," she said.

"It was [their] job to make sure staff were properly trained and the centre was properly equipped to deal with any outbreaks of violence."

"Reza Berati’s murder has become a symbol of both the brutality and impunity of the offshore detention system. He came to this country seeking safety and was killed by the very people meant to be protecting him," she said.

"These proceedings can’t bring back their son, but they can ensure that those ultimately responsible for his death are finally forced to account for their actions."

In a statement, the Department of Home Affairs said it would not comment on matters before the court.