A cave diving doctor is one of 19 Australians helping Thai authorities rescue the children and a coach trapped underground.

The Australian doctor and cave diving expert who's playing a critical role in the mission to save a young Thai soccer team from their cave prison is a meticulous man, according to colleagues.

Adelaide anaesthetist and underwater cave explorer Richard "Harry" Harris risked his own life on Saturday to make the treacherous journey to the chamber where the boys have been trapped underground for 15 days.

It was on his advice the first four boys were cleared to make the incredibly dangerous journey out of the flooded cave complex, emerging alive on Sunday.

Dr Harris, who has led record-breaking cave explorations, continues to play a key role in the international effort to rescue the remaining eight boys and their coach. 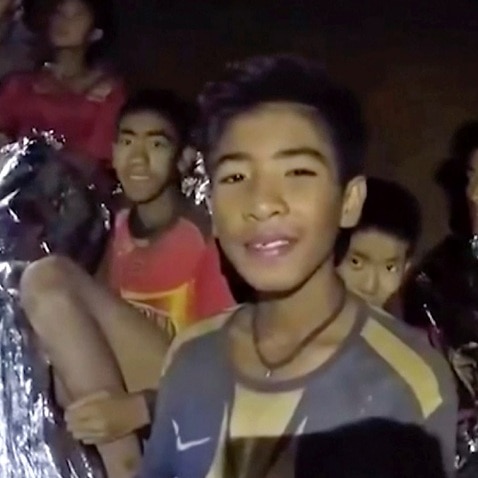 Four Thai boys rescued as divers brace for next phase

One former colleague says there are very good reasons why British caving experts working with Thai authorities at the site asked for his help.

"The combination of his medical knowledge and his cave diving skills was clearly [why] the British guys requested that he come as well."

Dr Harris, who has 30 years of diving experience, is well known in the cave diving community, including as the leader of record-breaking missions to explore a dark and dangerous underwater cave system on New Zealand's South Island. In 2011 and 2012, he led a team of Aussie divers to record depths of 194 and 221 metres in what's believed to be one of the world's deepest cold water caves, searching for the source of the Pearse River.

He filmed the dangerous and complex mission for National Geographic.

It required the team to set up a series of survival pods at intervals to allow divers to decompress, rest and eat in the near-freezing waters along the length of an underwater river - an experience that could prove invaluable in the current rescue mission.

Dr Harris' dive team also had to contend with fast flowing water, as is the case in parts of the Thai cave complex, in water that was near freezing point.

The rescue divers and boys in Thailand must dive, swim and climb their way to safety along a pitch-black tunnel that at points is barely big enough to allow an adult human body to wriggle through. Thai cave rescue: How the mission has unfolded so far

David Strike has known Dr Harris for more than 10 years and says his unique skill set gives the boys every chance of making it out.

"It's an over-used term, but all of those involved are true heroes," he told Fairfax media.

In 2011, Dr Harris the difficult task of recovering the body of his friend, cave diver Agnes Milowka, after she ran out of air in Tank Cave at Millicent, near Mount Gambier in South Australia.

Australia has sent a total of 19 people to help Thai authorities rescue the children and their coach.

This group includes Australian Federal Police divers supporting the Thai Navy. The divers formed part of the 'daisy chain' of rescuers who led four of the 12 boys out the cave system to the surface on Sunday. An AFP Commander and a specialist response group supervisor arrived on July 6 to support the dive team in a co-ordination role.

The AFP has also deployed a liaison officer, media coordinator, psychologist and chaplain. ADF personnel based at the Australian Embassy in Bangkok have also been supporting coordination in Chiang Rai.

Two Department of Foreign Affairs and Trade crisis response team officers have been deployed to assist the Australians with co-ordination.

On Monday, Foreign Minister Julie Bishop said the Australian contingent had been integral in the first stage of the rescue mission.

"It's highly dangerous, it's very precarious and our thoughts are not only with the boys but also with the diving and rescue teams that are assisting," Ms Bishop told the Nine Network.

Help from around the world

But Australia is far from the only country helping out.

Experts have since come to the site from around the world, including teams from the US, UK, China, Myanmar and Laos.

As of Monday, about 50 of the 90 divers at the scene are foreign experts.

Two Britons, John Volanthen and Richard Stanton, are understood to have a leadership role and were among the divers who found the boys and their coach marooned on a bank inside the cave.

Andy Torbet, a former British military diver and friend of the pair, told ITV's Good Morning Britain that they were "two of the best in the world". 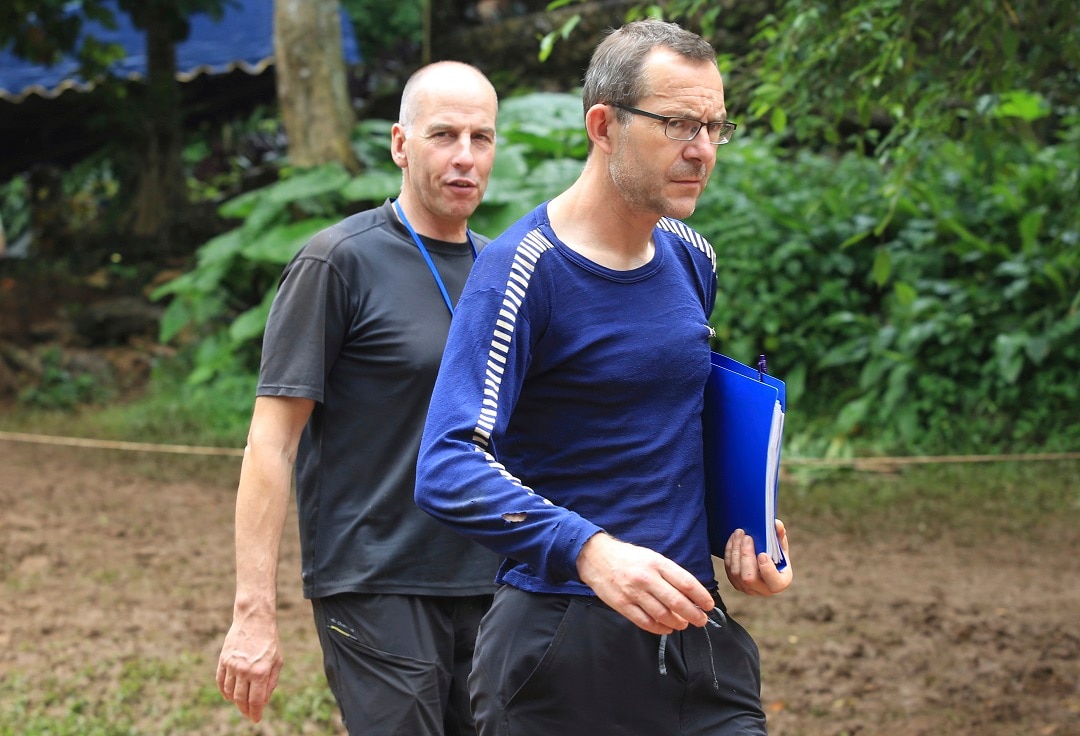 Mr Volanthen is a 47-year-old IT consultant from Bristol and Mr Stanton is a 57-year-old retired firefighter from Coventry.

The pair not only has decades of experience in diving in extreme conditions but also worked together before - in the attempted rescue of Eric Establie, a professional diver and caving expert in France in 2010.