The family and their lawyer have told SBS News they're worried about exposure to COVID-19 amid claims staff at the immigration detention centre are not self-isolating when they arrive from the mainland and are not following social distancing measures.

The Tamil family detained on Christmas Island, and their lawyer, have claimed detention centre staff arriving from the mainland are returning to work without self-isolating for the required 14-day period.

Priya, Nades and their young daughters Kopika, four, and Tharunicaa, two, are currently the sole inhabitants of the island’s immigration detention centre.

Priya says she has become concerned about contact with Serco security guards and other staff in recent weeks.

“There are about 10 to 15 staff daily coming into contact with us. If I was living in my own house then I could control who comes in and doesn’t come in and I would feel safer,” she told SBS News. She said medical staff had given the family some hand sanitiser and an information sheet about COVID-19 in Tamil but said staff at the centre were not uniformly observing a distance of 1.5 metres when they interacted with them.

“Maybe one or two officers are, but not the rest," she said. “We had a doctor's appointment and there were eight of us all in a small room once all their staff arrived.”

Priya, who has diabetes among other health conditions, is fearful that the family’s living conditions inside the detention centre could increase their risk of exposure to the virus.

“We all have to sleep in one bed. So if one person gets a cold, the rest will get it as well, and that worries me a lot,” she said.

The family's lawyer Carina Ford said: "Some of the concerns that have been raised are that Serco and IHMS [International Health and Medical Services] staff have been travelling to the island and not self-isolating".

The family's lawyer has issued renew calls for them to be brought to the mainland.
Supplied

Ms Ford said: "When we took that up with the Department [of Home Affairs] we discovered [the 14-day self-isolation period] hadn’t been complied with. They had been flying in and attending work, which was extremely disappointing given the circumstances of our clients’ health”.

Ms Ford says she was told all staff would begin self-isolating from 3 April. The Department of Home Affairs has previously told SBS News that no detainees across the immigration detention network have tested positive to COVID-19.

"Infection control plans are in place and plans to manage suspected cases of COVID-19 have been developed and tested," a spokesperson said. 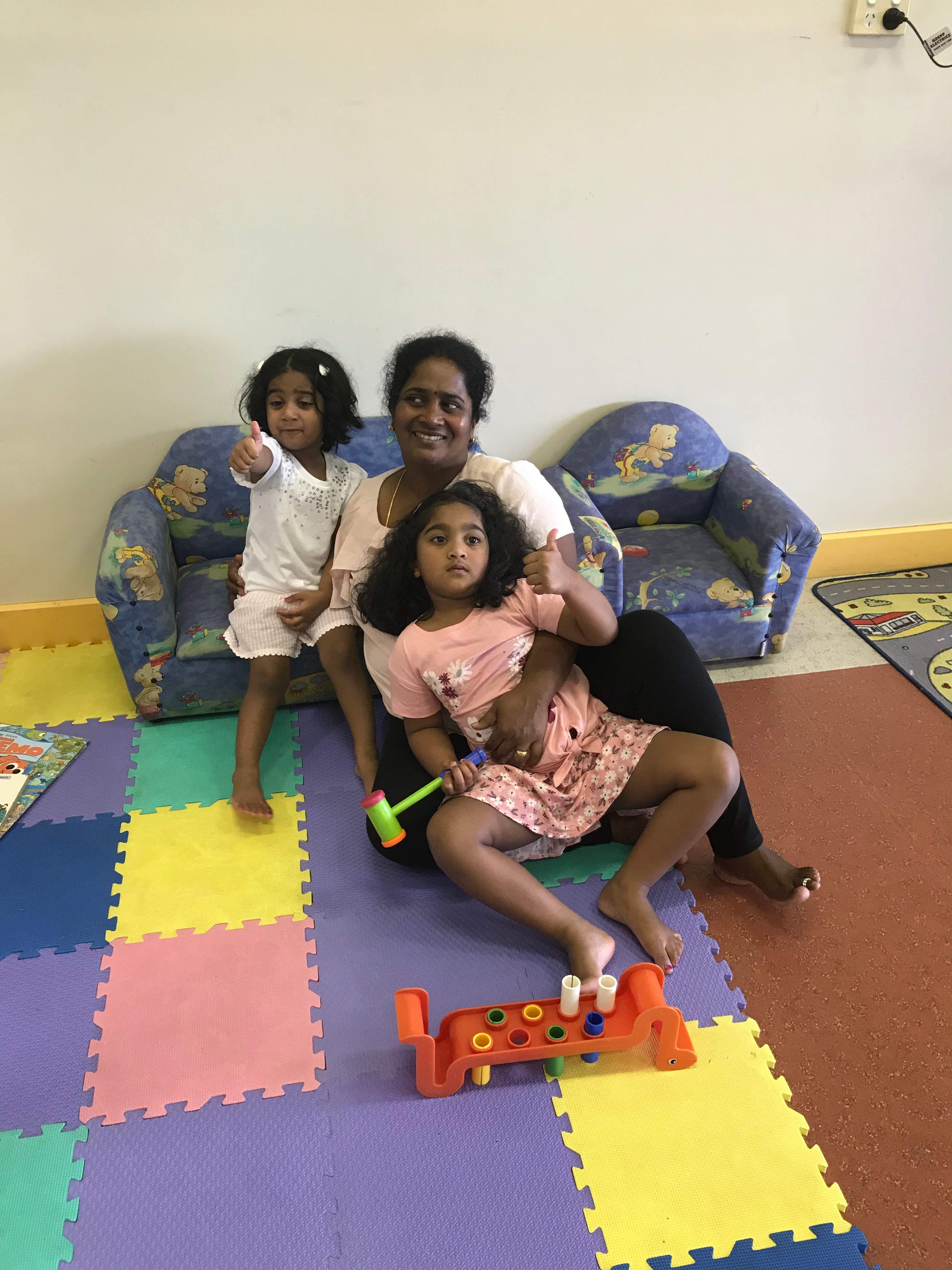 The family remains in detention on Christmas Island.
Supplied

Ms Ford has made renewed appeals to the Australian government to either return the family to Biloela while their legal matters are ongoing or place them in community detention.

“They’re finding it really difficult. I think everyone is finding self-isolating difficult. They’ve been doing it for two years and have had even further rights taken away from them as a result," she said.

SBS understands neither Kopika or Tharunicaa, who were born in Australia, have attended school or playgroup since around 17 March and that concerns about COVID-19 have also meant weekly visits to the Christmas Island Recreation Centre have been cancelled.

Priya said the children now only have a small room to play in and the “playing equipment here is broken so they have nothing to play with”.

As with all other detention centres on the mainland, visitors were banned some weeks ago. Weekly visits to the Christmas Island recreation centre have stopped in the wake of coronavirus.
Supplied

"The lack of socialisation, particularly the parents as much as the children, is really starting to take its toll," Ms Ford said.

"And then you have this overall concern that the mother has about her health. We're obviously told at this stage there hasn’t been a [coronavirus] case on Christmas Island, but if there is, the biggest concern is that there is no tertiary hospital on the island, it is remote, and getting to Perth is at least four hours away."

The Australian government guidelines on COVID-19 list “people in detention facilities” as one of the groups “most at risk of getting the virus”. The family were taken from their home in the small Queensland town of Biloela in March 2018 in a dawn raid by Australian Border Force staff less than a day after Priya’s bridging visa lapsed. The family were held in a Melbourne immigration detention centre for 18 months until August last year.

In a late-night deportation effort, they were dramatically forced onto a plane to Sri Lanka but the plane was forced to land in Darwin after a successful injunction by the family’s lawyers. Unexpectedly, one day later the government sent the family to Christmas Island, 2,600km from the Australian mainland. 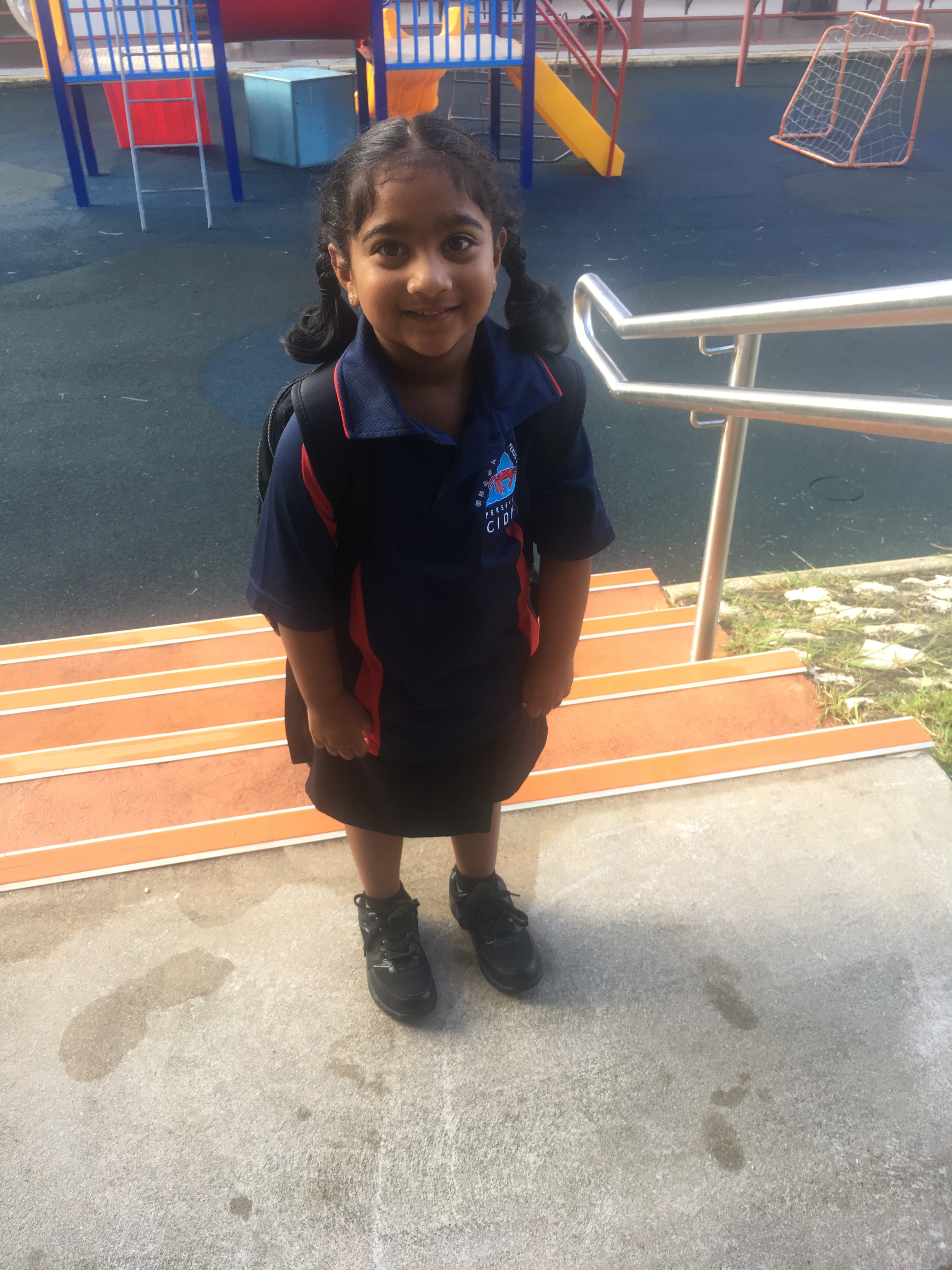 The Biloela family remain in detention on Christmas Island.
Supplied

The Christmas Island detention centre was controversially re-opened in March 2019 by the Morrison Government, then closed again in a matter of weeks at a cost of $185m without a single person being detained.

Since then, more than $26 million has been spent on opening the centre to hold the family and more than 100 people have been employed to detain and guard the family in a unit that has only one bed.

The final hearing in the family's ongoing legal process took place a month ago and they continue to wait for a judgement to be released.

Despite COVID-19 concerns for courts across Australia, the family's lawyer says the virus has not yet disrupted their process.

"We just hope that there can be a reasonable approach taken to this case. We’re still waiting for the Federal Court decision. It's difficult to predict, even though the Federal Courts are still working, when that decision might come down,” Ms Ford said. 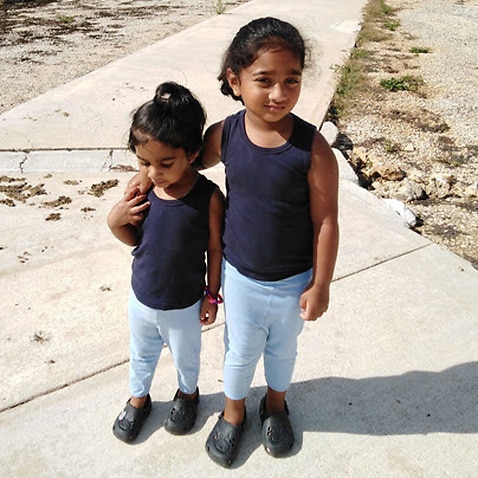 "The judges are doing their best job to continue to make decisions in what are difficult circumstances for the judiciary. We hope that at some point this year a decision will be made."

In the meantime, the family will continue to wait.

"We’ve made various requests to the Minister for Home Affairs' office, as well as [Australian] Border Force to have the family transferred to the mainland, this has been right through the case," Ms Ford said.

"Surely on a cost efficiency-risk factor and reasonableness approach, they should be released."

"We have not got any further than where we've been the last two years".

Update: In a statement provided to SBS News after deadline, a spokesperson for the Australian Border Force said: "The ABF and service provider staff on Christmas Island are classified as essential staff and are compliant with the direction provided by the Christmas Island Administrator.

"All staff are adhering to social distancing and general safety guidelines issued by the Department of Health.