New documentary Losing Lena examines how a Playboy centrefold became the most used test image by computer scientists - and the campaign to remove it.

The ability to turn physical photos into digital images revolutionalised the digital world.

But the research that led to the creation of what became known as the JPEG also left a legacy of sexism in the tech industry thanks to a seemingly inconsequential decision at a crucial stage.

As they worked on algorithms to convert photos into digital bits in 1973, a group of men at the University of Southern California chose a Playboy centrefold of Swedish model ‎Lena Söderberg as the test image.

A new film, Losing Lena, examines how that same photo, known as 'Lena', is still widely used as the standard test image 46 years on, and how the decision has compounded the exclusion of women from the tech industry for decades since.

Former Swedish model ‎Lena Söderberg says it's time a 1972 image of her is retired from the tech industry.
Supplied

The documentary, to be available for global streaming on Facebook Watch from Tuesday, hears calls to viewers to help wipe the photo from the modern tech world, including from the former model herself.

“We can make a simple change today that creates a lasting change for tomorrow. Let’s commit to losing me.” Ally Watson, CEO of Australian social enterprise Code Like a Girl, says the role of the now infamous image is symbolic of many of the industry’s shortcomings.

As artificial intelligence becomes more sophisticated and widespread, Ms Watson also says the story of the Lena test image is a cautionary tale.

“If we do not get more women involved in the building of these solutions, and in the creation of these algorithms, biases will seep through.”

She cites the increasing use of facial recognition technology in everyday life, from airport security to automated cars, despite its failure to recognise a woman with dark skin. Girls are being encouraged to consider a career in the tech industry.
Getty

“All you need to do is Google the word ‘hand’ and you’ll see that the first page of Google is white hands because the internet has been built by predominantly white men.”

The film encourages individuals, companies and institutions to pledge to remove the Lena image and take action to address gender inequality in the tech industry. 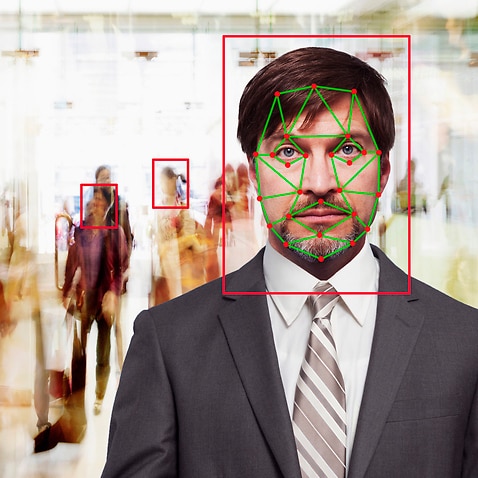 Melbourne-based Code Like a Girl runs coding camps for girls as young as eight.

The camps aim to encourage girls to feel like they belong in the tech industry and Ms Watson hopes Losing Lena will help accelerate cultural change.

While much of the response to the film since its Sydney premiere last week has been positive, some online reaction to the trailer shows how sexism remains entrenched in some quarters. “There’s a minority of people who have been online who have kind of validated why this documentary needs to exist,” Ms Watson said.

“A lot of men who have just been like ‘get over it, stop complaining, men are just made for programming, it’s evolution’.”

She hopes the critics watch the 25-minute film, Losing Lena, when it is released on Facebook Watch on Tuesday.