The Chaser is determined to permanently amend a George Pell plaque in Sydney.

Comedy group The Chaser has entered yet another war – this time with the Catholic Archdiocese of Sydney.

The Chaser has spent the past week trying to add a label to a plaque of George Pell at St Mary's Cathedral reading "convicted pedophile" (sic).

"If they're going to continue to celebrate George Pell, then the celebration of him should at least be accurate," The Chaser's Charles Firth told SBS News on Tuesday. The Chaser's addition to the plaque.
AAP

Pell was convicted in December over the rape of one choirboy and sexual assault of another in 1996. Last week, his bid to appeal the five convictions failed.

So far, two versions of The Chaser's amendments have been removed. But in what Mr Firth called a "mystifying" reaction, the church has seemed to deny these events occurred.

"The plaque of Cardinal Pell has not been defaced and the Chaser video was doctored on Photoshop," a spokesperson for the Catholic Archdiocese of Sydney told the Sydney Morning Herald.

"I'm mystified the Catholic Church has denied we've done it … There are videos of both times," Mr Firth said.

"It's almost like instinctively, whenever there's overwhelming evidence, they deny the whole thing. Like they have with the paedophilia going on in the church."

The videos show Mr Firth saying he is determined to "fix" the plaque, sticking on the new label first with blu-tac then superglue. 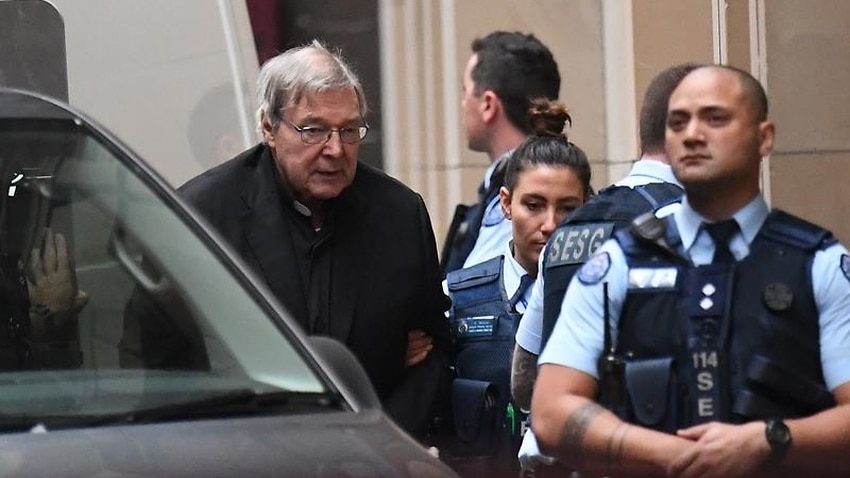 Mr Firth said his next plan was to learn welding and weld on another version.

SBS News has contacted the Catholic Archdiocese of Sydney about the matter but is yet to receive a comment.

According to the NSW government, the act of marking property can attract a fine up to $440, or, for an aggravated offence, $2,200 or 12 months imprisonment.

The Chaser's efforts have prompted a mixed reaction on social media.

While others admonished him.

One user said, "whichever side you come down on, I think it's important to acknowledge those who have suffered, or are suffering, as a result of what Pell has been convicted of".