Australia is now a popular destination for a Chinese wedding photography craze.

Lina Xing and Wei Jiang have travelled more than 8,000 kilometres from their hometown in Nanjing in China’s north, to Sydney.

They're not here for a sightseeing trip, but a 'pre-wedding' photo shoot.

On a warm summer’s day, the young couple smile as a photographer captures them posing in front of one of the world’s most iconic locations; the Sydney Opera House.

They're not yet married, but Lina is in her wedding dress and Wei, his suit. 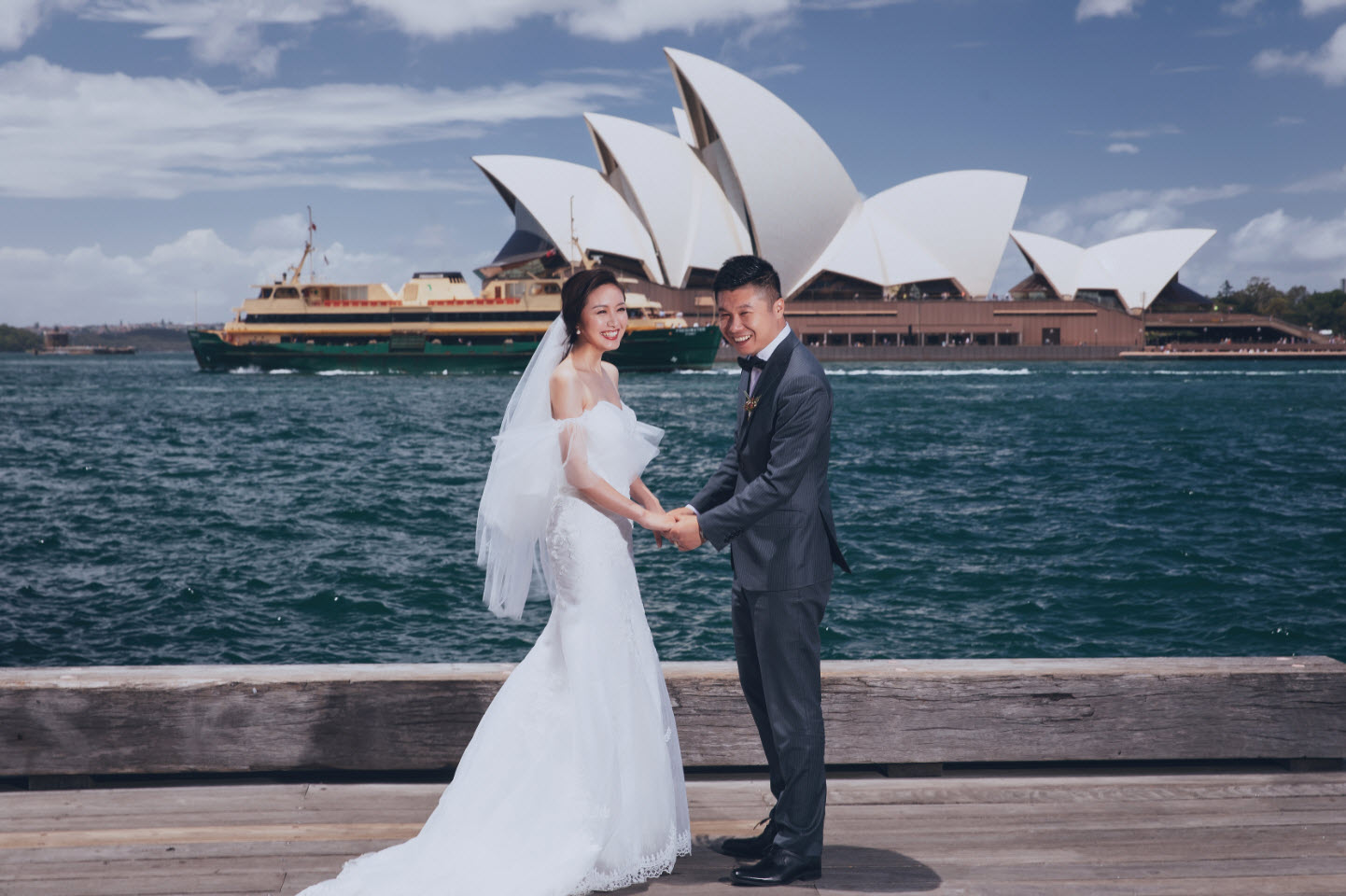 Pre-wedding photos in front of the iconic Sydney Opera House is a popular choice.
Robert Wen

"It’s also a good opportunity to go on holidays."

"Firstly, Australia is a very beautiful country. I've always wanted to travel here. Also, I have a few friends who live in Australia so I can use this opportunity to visit them. And I can enjoy the beautiful scenery here." 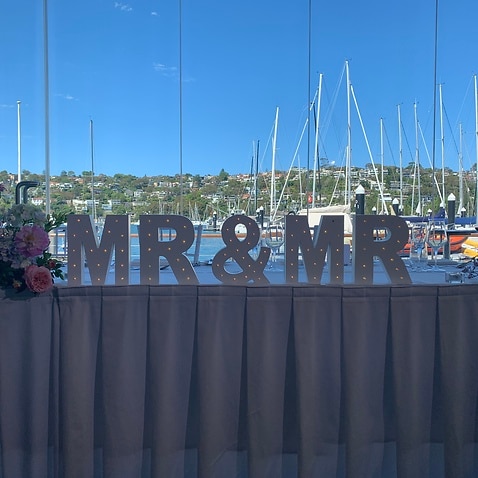 They’re part of a growing number of Chinese couples flocking to Australia to use its picturesque landmarks as a backdrop for photo shoots conducted before their wedding day. 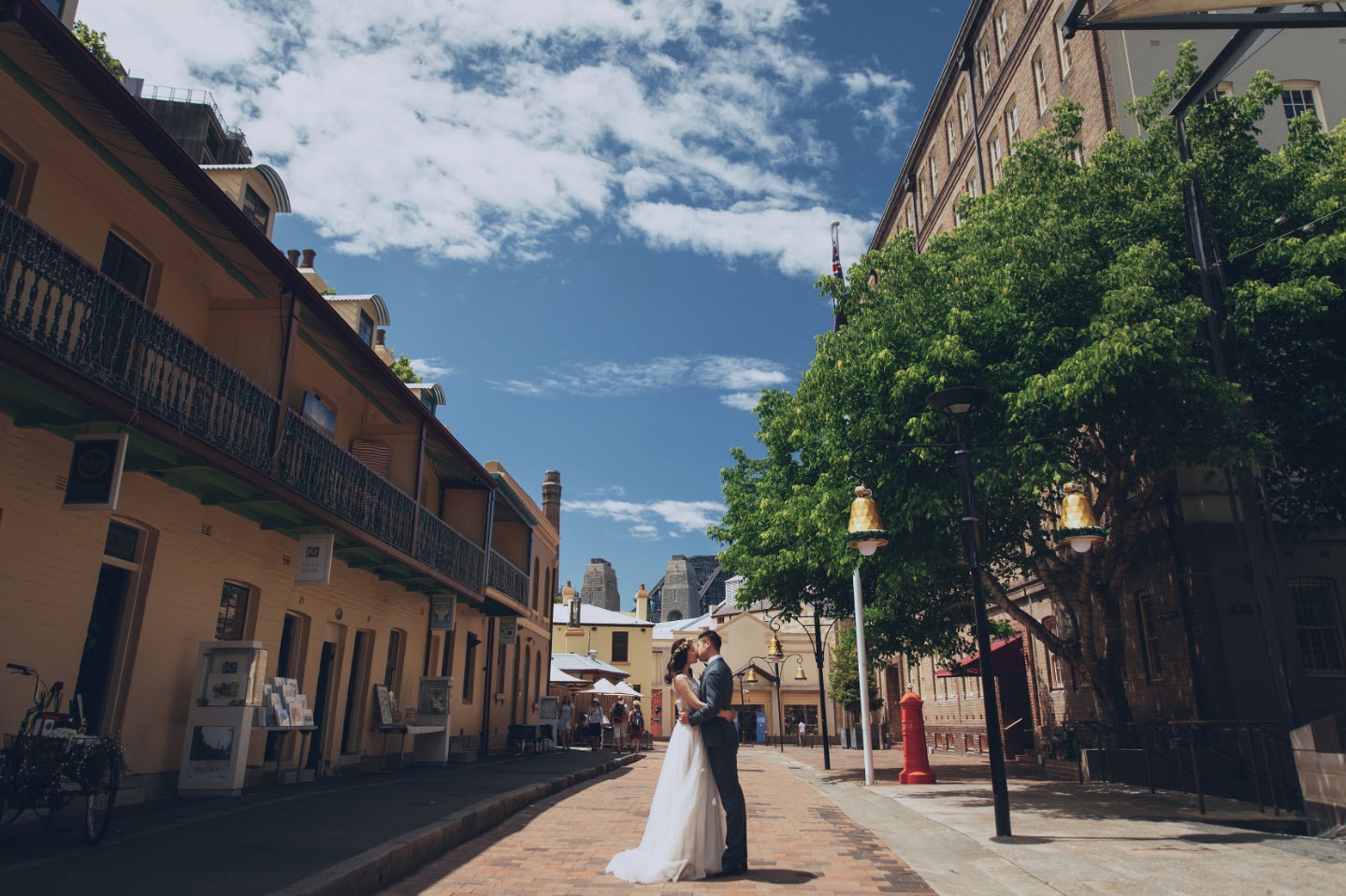 The young Chinese couple pose in The Rocks in Sydney.
Robert Wen

Unlike wedding photos in Western countries, they are taken in China before the special day to be displayed prominently at the wedding reception and posted on social media.

It allows the couple to spend more time on their wedding day with guests, rather than sneaking away for photos.

The new phenomenon is also a multi-billion-dollar industry in China.

It allows the couple to spend more time on their wedding day with guests.

In a country with a new rich generation, the images serve as a symbol of status, and couples spend big for the day-long photo shoots which involve several locations and outfit and hairstyle changes.

A standard package costs $5,000 for the day; add on flights and accommodation and couples spend upwards of $8,000. 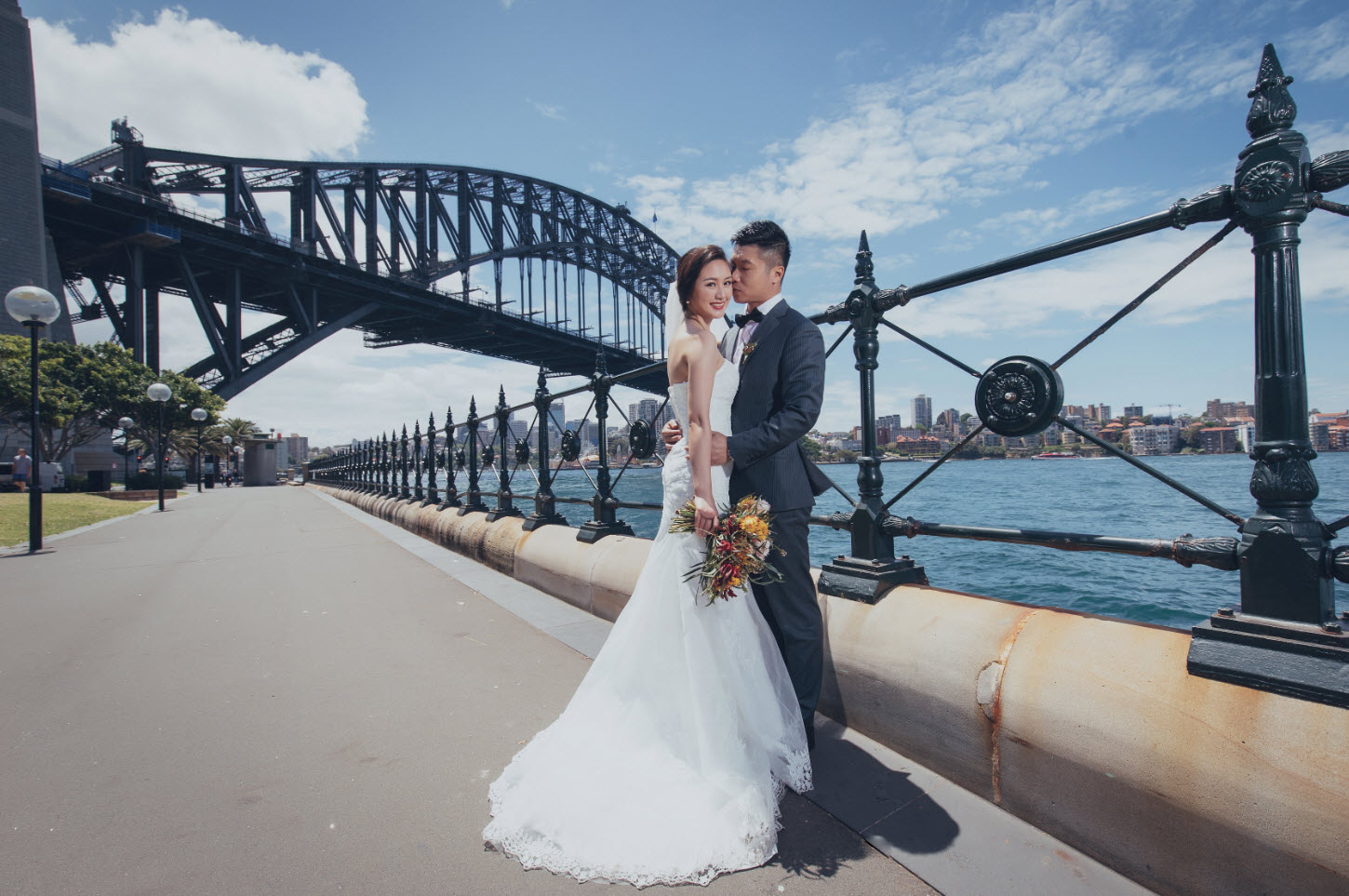 Lina Xing and Wei Jiang have flown from Nanjing to Sydney for their pre-wedding photos.
Robert Wen

For Mr Jiang, it’s a price he’s willing to pay.

“I think it’s worth it because actually, it doesn’t cost that much also because now China's economy is going really well."

SBS MANDARIN: Why these grandparents took their wedding photos decades after exchanging vows

Australian businesses are reaping the rewards of the high-value market.

He says when he first started working in the industry he only had domestic clients but these days the majority of his bookings are from couples in Asia.

"In the last three years, we see demand increasing from overseas especially from China, Korea, Singapore, Hong Kong," he said.

"Young couples are willing to travel to Australia get the pre-wedding shots. I personally think it's a side effect of the Chinese economy booming." 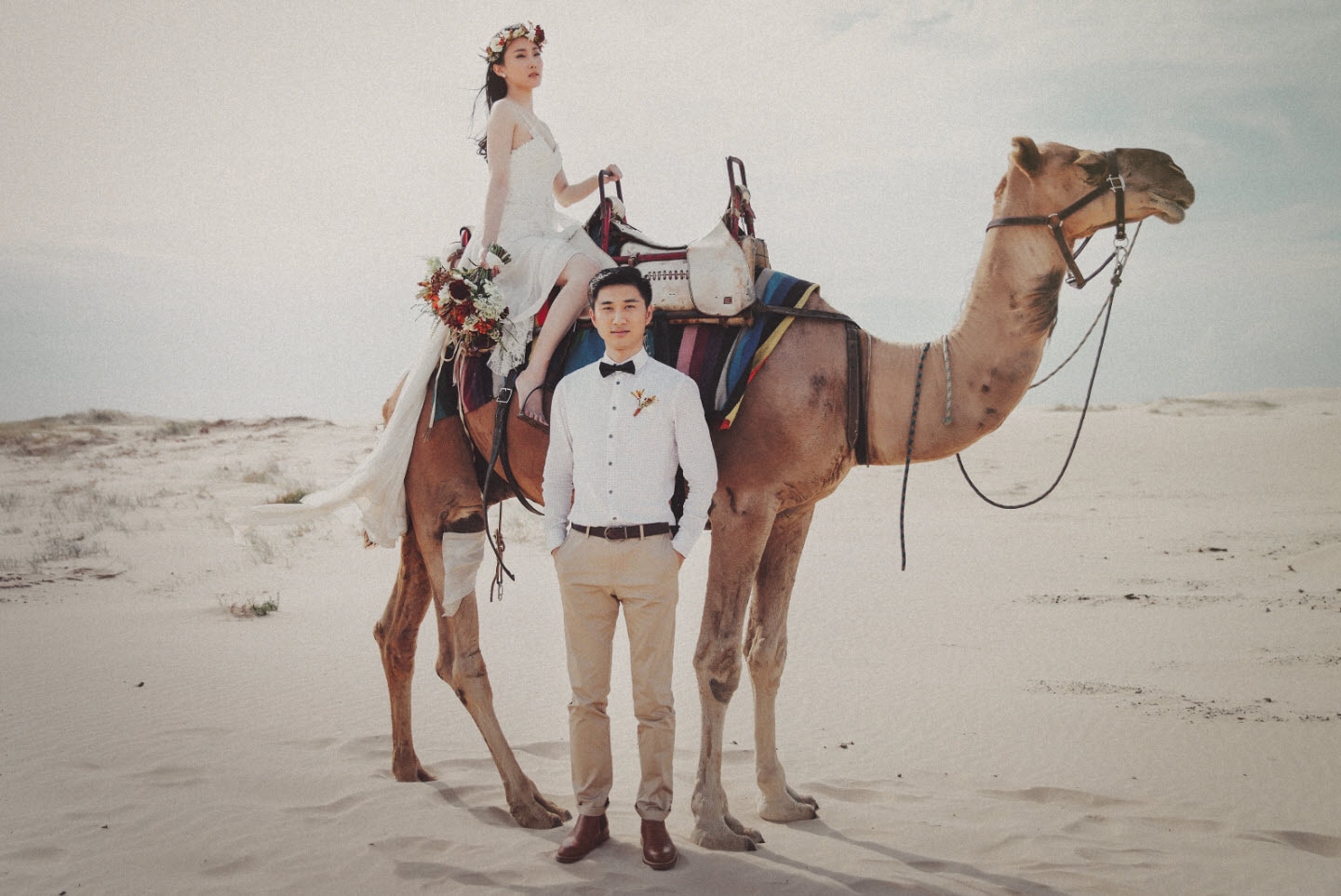 A young Chinese couple pose for their pre-wedding photo with a camel.
Robert Wen

It's not uncommon for the photo shoot to be an extravagant affair.

"We have some people who want photographs with kangaroos, they want to go underwater or have fireworks in front of the Opera House - that happened last year."

Some people want photographs with kangaroos.

Couples willing to spend even more often turn to wedding planners like June Yue from the White Project.

She deals exclusively with Chinese clients, communicating with them in Mandarin often via WeChat.

Ms Yue says demand has been increasing over the years, with Chinese couples finding out about her business through word of mouth. 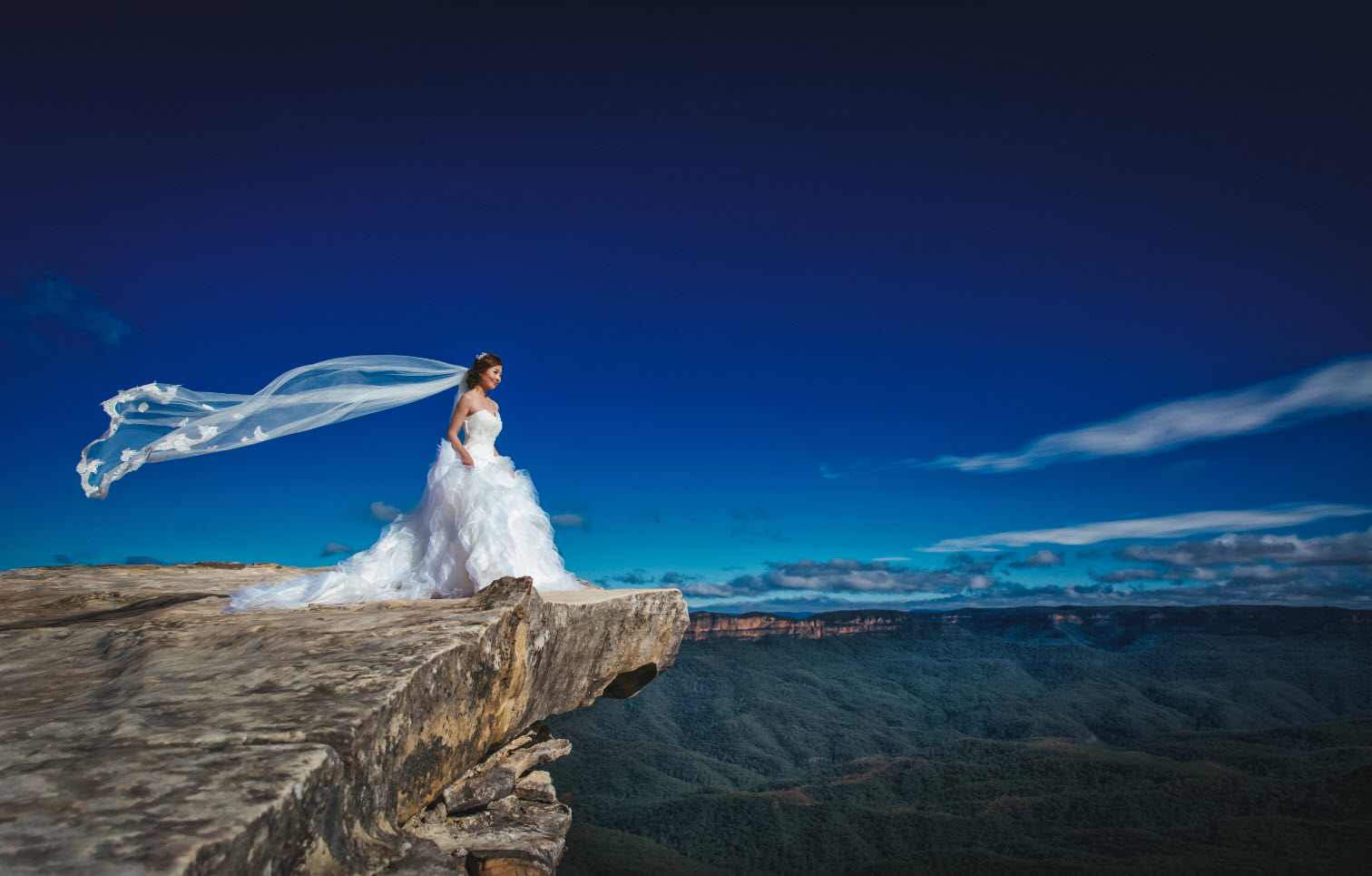 "When they come here they don't just get their wedding photos taken, they will also stay in a hotel, they go out to dinner, and they might do some incredible activities while they're here."

"Then they go home and then they have these amazing wedding photographs which might feature Sydney Harbour, for example, or the background of the Melbourne CBD, or some of the beautiful Darwin sunsets."

"They take them back to their family and friends who also get a glimpse of what a holiday in Australia might be like."