The oldest surviving Aboriginal Football club faced an uphill battle to keep running. But the small, close-knit community refused to go down without a fight.

Phillip Miller thinks the rooster is a spot-on mascot for the Koonibba Football Club.

“When you see a rooster, he’s marching around with his head held high and his chest out, and he’s proud,” he said.

The team has a reason to be proud. They’re part of the oldest surviving Aboriginal football club, with a long tradition of winning premierships and producing exemplary players.

“Lots of good players come out of the club,” Miller said.

“Big names. Colemans, Millers, Wares, and the list goes on.”

The football team was formed in a Lutheran Mission outside of Ceduna, in far western South Australia, in the 19th century.

Current player Lawrence Benbolt says he and many of his teammates can trace their own personal history through the club’s ranks.

“Most of our last names… have been in the club for more than 100 years,” he said.

He says there’s a “lot of love” for the club in the community.

“[It’s] a small town that we grew up in and, I guess, without the club there’d be nothing in this town,” Benbolt said.

The team’s home ground is the Far West Aboriginal Sporting Complex in Ceduna.

Its manager, Darryll Coleman, says the club is not a wealthy one and money to keep the grounds in good condition can be hard to find.

“We have had issues where we got told by the league we couldn’t play here because of the conditions of the ground one year,” he said.

Last year, under increasing pressure from rising costs and high regional unemployment, the club faced its toughest match yet: a battle for survival.

“We sort of fell down, we sort of broke,” Benbolt said.

“We had a big water bill, the grass wouldn’t grow, we were sort of running around on half dirt, half prickles.”

Far West Aboriginal Sporting Complex chairman, Wayne Miller, says the club and its community of Koonibba rallied hard to raise funds that would help fix some of the club’s biggest challenges.

The club launched an online fundraising campaign last year and it has almost reached its target of $200,000.

“It’s a good cause, what we’re fighting for,” Miller said.

“We wanted to make our club sustainable, we wanted to keep our club going for future generations, and we really have to do that through upgrading our facilities, making it more efficient, reducing the overhead costs.”

Donations have come from a range of sources, from local organisations to community members, to a large sum from the Department of Prime Minister and Cabinet.

Several national AFL teams have lent their support, donating merchandise to be raffled off.

Miller says none of it would have happened without the community’s dedicated efforts.

One of the club’s biggest costs is keeping the grass alive in the semi-arid climate.

The funds will be enough to install a new irrigation system, expected to cut the yearly water bill at the sports complex from $40,000 to just $4000.

There are also plans to connect power to the tall light poles around the field, so teams can train at night, especially during the winter months.

Koonibba Roosters player Wilfred Edwards says the long-term survival of the club is critical to the community.

“It means a lot to us, we grew up all our life playing footy,” he said.

“It keeps a lot of the guys out of trouble. Not off doing crime and all that stuff. It keeps them here on the right track.”

And though the sporting complex might be in need of an upgrade, Benbolt adds, one thing won’t change: the team’s love of the game.

“We just love our footy, doesn’t matter what we train on.” 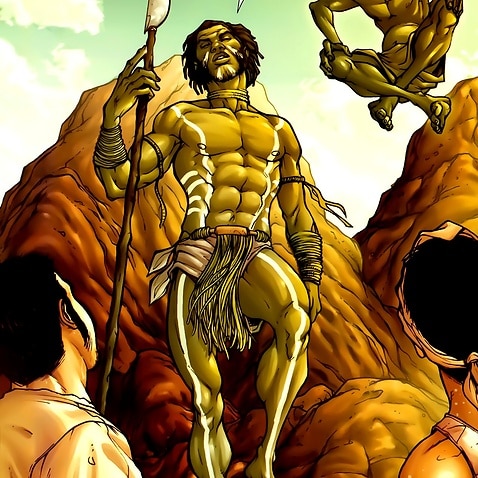 "I hope for more black superheroes": From Cleverman to comic books, Indigenous storytelling in 2017