Australian scientists say they have discovered the world's largest meadow of carbon-absorbing deepwater seagrass - equivalent to the size of Switzerland.

It's the discovery that could help "buffer" the Great Barrier Reef from a raft of climate change impacts, including ocean acidification.

Australian scientists have found the largest mass of a type of marine plant hailed for their ability to more efficiently and more powerfully remove carbon from the atmosphere.

The meadow of deep-water seagrass in the Great Barrier Reef is estimated to store 27.4 million tonnes of carbon.

"Whenever we find eco-systems that are drawing down lots of carbon, like the seagrass meadows, it is something to be really pleased about because what we're doing is we're finding eco-systems that have the ability to retire carbon from the carbon cycle, take it out of the atmospheric pool, take it out of the pool that is causing climate change, and retire it once again from the carbon cycle.

"It is the same process that created fossil fuels in the first place."

The world's most powerful carbon sink

For five years, researchers have known the special abilities of so-called "Blue Carbon" eco-systems such as salt marshes, mangroves, and shallow water seagrasses.

Dubbed the world's most powerful carbon sink, the latter can remove carbon from the atmosphere at four times the rate of forests on land.

It can also store about 10 times more carbon compared to forests.

All three eco-systems store more than half the ocean's carbon, despite taking up less than one per cent of space on the sea floor. Sites around Lizard Island where sediments of seagrass were collected.
Supplied

Climate change has already killed off the plant life.

"In Australia, we know we're losing these ecosystems at one to three per cent per year," Professor Macreadie said.

"And that lost carbon sink capacity - and the carbon that gets released when you destroy them - we estimate that is the equivalent of having an extra 10 million cars on the roads in Australia."

The meadow of deep-water seagrass was found around Lizard Island within the Great Barrier Reef lagoon.

Samples were taken of deep-, mid- and shallow-water seagrasses in the area, which were then tested for quantities of organic carbon.

No data on the carbon storage capacities of deep-water seagrass had been previously collected, and their small size and sparse distribution made it difficult to know what to expect. "We didn't think they would be packing as much punch as their shallow water counterparts. But this study shows surprisingly that they store similar levels of carbon in deep-water seagrass meadows."

In the study published in Biology Letters, the researchers found the deep-water seagrass sediment held approximately nine-fold more organic carbon than the surrounding bare sediment on the seafloor.

The implications are still being unpacked, and further research is in the pipeline, but the discovery points to a support system for the coral-bleached Barrier Reef.

About half of the shallow-water coral was killed in two recent mass bleaching events - one in 2016 and another in 2017. The events marked the first time in recorded history that the reef suffered consecutive bleaching events.

"We are seeing major coral bleaching, particularly around the northern end of the Great Barrier Reef," Professor Macreadie said.

"I think the deepwater seagrasses are, if anything, going to be a helping hand against the corals."

Professor Macreadie said he is optimistic that the capacity of the meadow to store 27 million tonnes of carbon has the potential to make an impact on the health of the Great Barrier Reef. "It is a really large amount of carbon being stored by these seagrass meadows. And who knows what else they're doing.

"They could be helping to buffer the reef itself from ocean acidification. They're probably a good food source for dugongs and turtles. So to find these eco-systems in areas that we thought were otherwise just sandy bottoms is really important.

"Seagrass meadows just provides so many other eco-system services to humanity - in terms of protection. They improve biodiversity. They are a habitat for fish.

"This discovery is just so important for Australia, and for the reef itself."

Killed off by climate change?

Polluted water from coastal development is killing off the world's seagrass meadows.

Fifty-eight per cent of the meadows are in decline, with the rate accelerating by seven-fold in the half century to 1990.

Climate change is expected to hasten this process.

While the resistance of the deep-water species of seagrass to climate change is not yet known, it's location compared to coral and shallow water seagrass could make a difference. 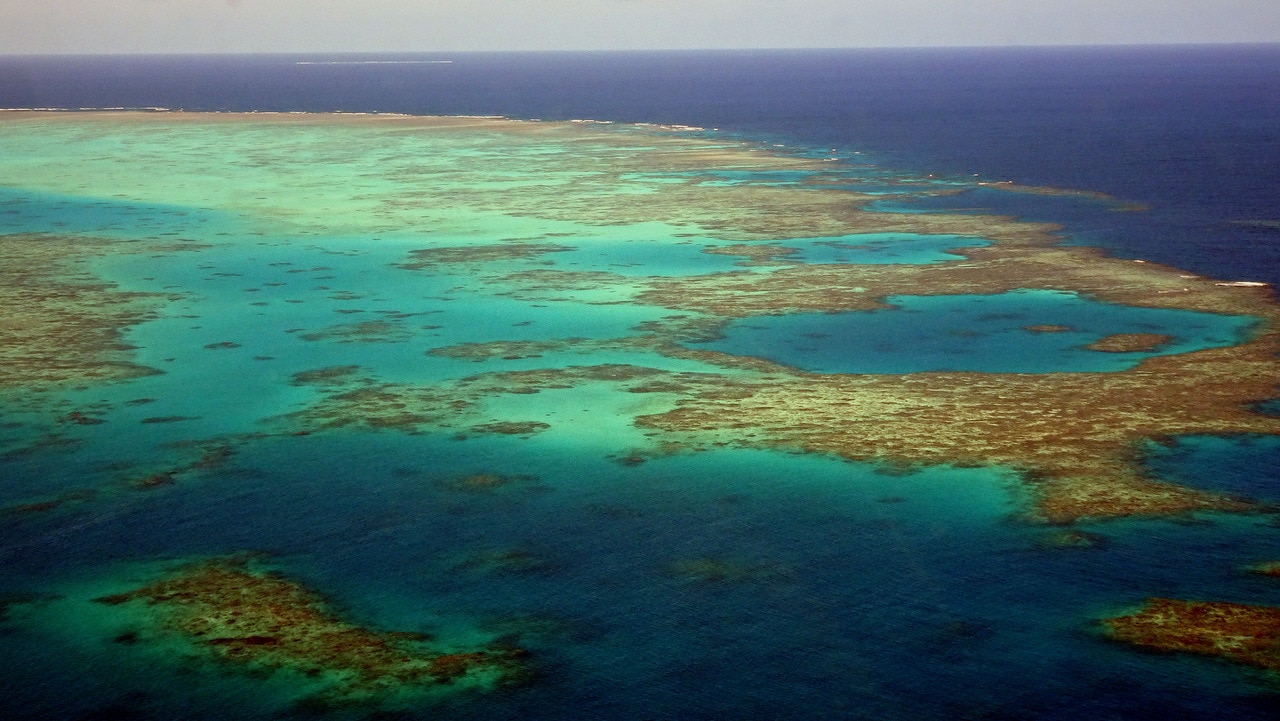 Landscape of the Great Barrier Reef in the Coral Sea off the coast of Queensland, Australia, 2018.
AAP

"They're relatively resistant and when they do get knocked out from a certain area, we think they have the ability to bounce back somewhere else.

"That is a feature that seems to have been why they have been able to colonise deep water, and been quite resilient.

"The shallow water seagrass are often called the canary in the coal mine because when there is some sort of changing condition on the coast that negatively impacts on water quality, they are one of the first species to disappear."

The research team plans to more deeply investigate the risk and threats to deep-water seagrasses, while potentially uncovering their location in other parts of the world.

Reflecting on the years of research to get to this point, Professor Macreadie said he is still surprised with the discovery.

"It was a surprising moment. In science, you don't have too many of these eureka moments. It is one of these moments where you go: huh, that's funny. Can we check the numbers again? Let's check the numbers a third, fourth, fifth time. It looks all right.

"So jeez, these deepwater seagrass are much more powerful than what we thought they were in terms of carbon sequestration, or drawing down carbon."