A report published this week by the Australian Human Rights Commission made an unsurprising but under-reported announcement: Australia’s major institutions are worryingly white. Alex McKinnon unpacks the numbers and the problems.

‘Leading for Change: A blueprint for cultural diversity and inclusive leadership revisited’ surveyed 2,490 senior leaders across politics, business, academia and the public service, and found that the cohort was far more culturally homogenous than the wider Australian population.

Do we really need 643 journalists in Canberra when the Northern Territory has only five outside of Darwin and Alice Springs?

That probably isn’t earth-shattering news, especially if you hail from one of those under-represented backgrounds. But it’s worth asking why this disparity doesn’t make headlines more often. The Human Rights Commission survey didn’t look at the media, but if it had, it likely would have found a representation problem. Last year, The Project co-host Waleed Aly memorably described the lineups of major TV and radio networks as “a snowfield”, saying that the only place where Australia’s diversity shows up on-screen is “reality TV, mostly because you can’t stop brown people cooking”. 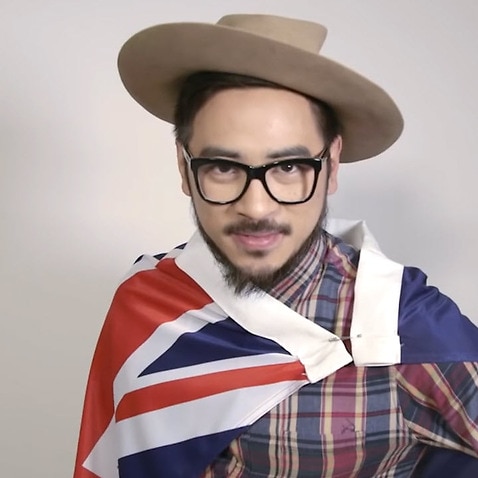 The faces on our TV screens get most of our attention, but what about the people behind the scenes? Around 19,000 people listed their occupation as ‘journalist’ in the 2016 Census. The census doesn’t ask people to identify their ethnic background, but the other information those 19,000 journalists provided gives a pretty clear snapshot of the types of Australians who typically make a career in journalism ‒ and the types of Australians who don’t, or can’t. As it turns out, Australia’s journalism and media industries are just as ethnically homogenous as the corporate and political worlds.

A 2016 survey of media outlets by consultancy firm PricewaterhouseCoopers found that the average Australian media worker is “a 27-year-old white male who lives in Bondi”. (I’m a 27-year-old white male who lives in Ashfield. Just trying to do my part for diversity.) It found “the top 10 suburbs for media and entertainment people are all in Sydney, either in the eastern suburbs or the inner west”.

The Census shows how chronic that homogeneity really is. Sydney journalists are far more likely to live in relatively wealthy, white parts of town like the CBD, the eastern suburbs, the inner west and the north shore than they are to live in places like Blacktown and Parramatta. In Melbourne, journalists are overwhelmingly concentrated in the city centre, rather than the outer suburbs.

The overwhelming whiteness of our media shapes the news we read ‒ and maybe more importantly, the news we don’t read ‒ in all sorts of ways.

None of this is to say that Anglo, inner-city journalists don’t or can’t do good reporting on issues affecting people from different backgrounds. But collectively, the overwhelming whiteness of our media shapes the news we read ‒ and maybe more importantly, the news we don’t read ‒ in all sorts of ways.

Would a media industry with more people who grew up outside of Australia’s wealthiest, whitest enclaves constantly treat Sydney’s west like a rolling re-enactment of Underbelly? Would we get as many headlines fretting that “Sydney is now more Asian than European”, or intrepid white journalists going on David Attenborough-style journeys to Lakemba, aka “Muslim Land”? Is it any wonder that coverage of Indigenous issues is frequently patronising, racist or plain ignorant? Do we really need 643 journalists in Canberra when the Northern Territory has only five outside of Darwin and Alice Springs?

While groups like Media Diversity Australia are trying to draw attention to journalism’s lack of diversity, there are few signs the media industry as a whole has recognised the problem, or is doing much to try and fix it. The demand for expensive and often worthless university qualifications to even get a foot in the door, internship programs that exclude people who can’t afford to work for free, outlets that pay writers in “experience” rather than, you know, money, and the who-you-know nature of so much media work stop talented, driven people from telling stories the public needs to hear. That’s bad for media outlets, and bad for everyone else.

Alex McKinnon is the Morning Editor of The Saturday Paper and a contributor to The Feed.