Today, victims of the 2016 Falls Festival human crush will challenge festival organisers for millions at a second court-ordered mediation. Failing that, the matter will advance to Victoria's Supreme Court.

It’s nearly two years since 23-year-old university student Maddy was trapped underneath a human crush at Falls Festival in the dark, struggling for air, as more people piled on top of her.

The pressure cracked her pelvis and burst all the blood vessels in her face.

“I’m going to die. This is it,” she tells The Feed through tears, breathing heavily as she recounts the horror.

“I couldn’t move and I couldn’t breathe. It was the most terrifying experience of my whole life.” Maddy recovering in hospital after the stampede.
Supplied

Just before 10 PM on December 30, 2016 the crowd at Lorne on Victoria’s Surf Coast was trying to leave Sydney band DMA’s set in time for British trio London Grammar on the main stage.

Twenty-three-year-old Michela says the main exit down a slope was “a bottleneck and a recipe for disaster.”

The uni student, who was due to leave for a student exchange program in Canada in a few days, was being pushed from behind. She tripped and others fell on top of her.

“I remember being in a washing machine and someone trying to pull me out. Then I had a blank. I woke up on the grass somewhere and realised my arm was paralysed,” she said. 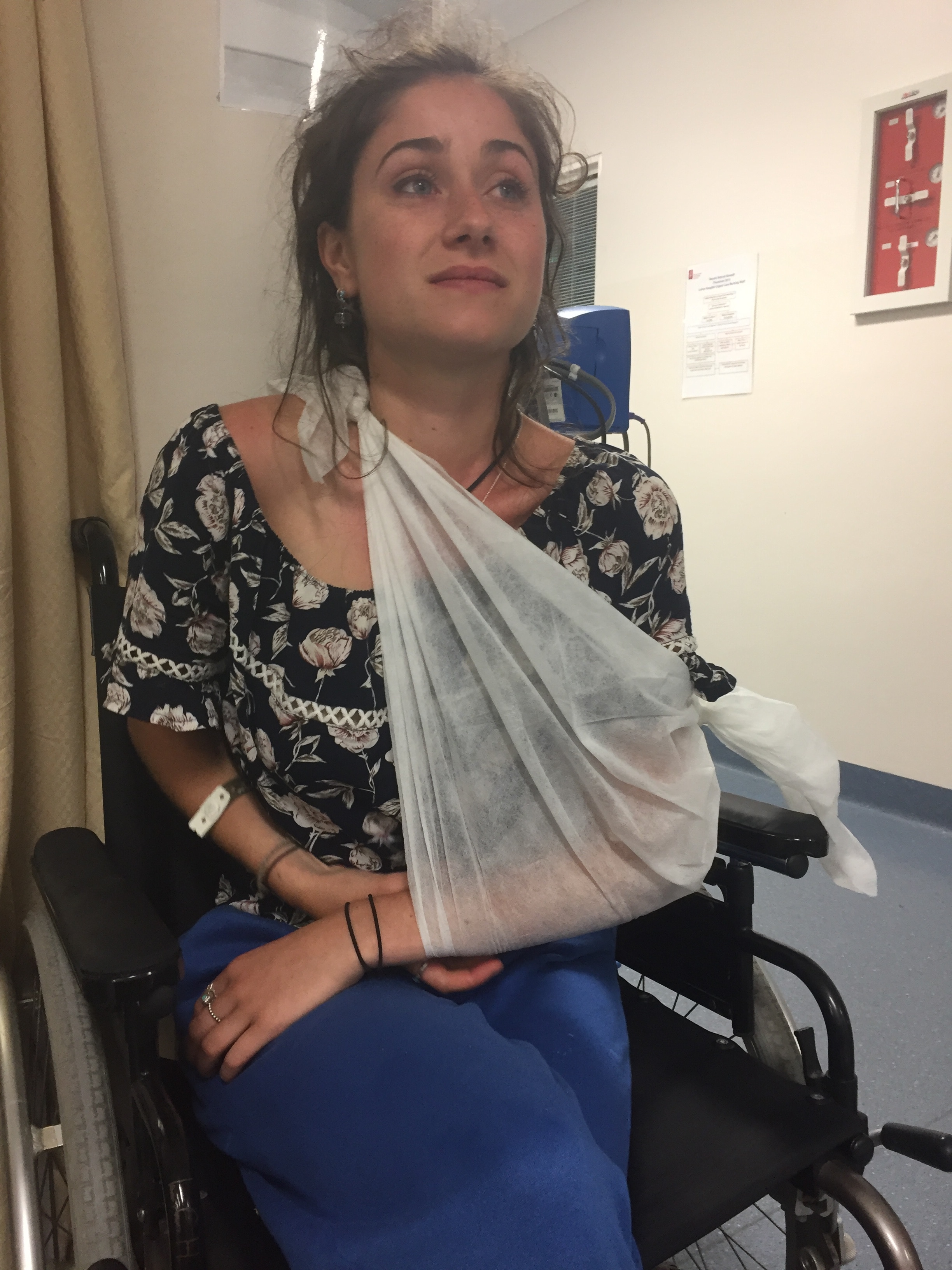 Michela nursing her paralysed arm after the stampede.
Supplied

The young women are two of 71 people involved in a class action against festival organisers Ash Sounds Pty Ltd in Victoria’s Supreme Court.

Their lawyers allege the company was negligent in the way it managed the festival and failed to provide a safe environment for patrons.

Maddens Lawyers’ Brendan Pendergast has told The Feed damages are likely to be in excess of four million dollars.

“It’s miraculous that no-one lost their life,” he said.

Michela says the “excruciating” nerve pain from her paralysed arm “was like having fire shooting down.” Her exchange to Canada was cancelled and while she’s physically recovered she still feels “jumpy” in cars when there’s oncoming traffic.

In 2017, WorkSafe Victoria found there was insufficient evidence to prosecute Ash Sounds, finding all conditions regarding crowd control, crowd size and positioning, and size of exits had been met under the 2004 Occupational Health and Safety Act.

Mr. Pendergast says the inquiry was based on “very different parameters” and “doesn’t diminish the strength of this civil proceeding in the courts.”

Falls Festival representatives say they are unable to comment further due to the legal proceedings.

The parties will go to court-ordered mediation for a second time today, Friday October 19. If a settlement can’t be reached it will go to trial in Victoria’s Supreme Court next month.

Both young women want to put the fight behind them.

“I’m better but I’m terrified of being injured again. I just want it over,” says Maddy.

Michela agrees, saying that after nearly two years it’s time to put the matter to rest.

“You go to a festival thinking that you‘re going to have fun and feel safe. Thinking that you’re in a situation where you could die is the last thing on your mind.”

Covid-19: How common is it to be asymptomatic and should we be worried?

Maryanne the koala released back into the bush, 6 months after rescue from bushfires