Anab Mohamud was elected as a councillor for Yarra City Council becoming the first sub-Saharan African to ever be elected in Victorian local government history. The Feed spoke to her about what it means to make history.

Anab Mohamud won her seat on the Yarra City Council in early November, having fled Somalia's civil war in the 90s with her parents, suffering homelessness as a teen, and raising her daughter as a single parent.

She became the first recorded sub-Saharan African Australian to ever be elected into Victorian local government.

"It was very, very overwhelming," Anab told The Feed.

"I didn't think it would be such a big, big deal. Because for me, it was mainly about raising community voices.

"So I didn't know how huge it would be once I won. And then getting all the phone calls, both phones ringing, getting journalists coming from left hand and center. I had to take a minute to shut down and kind of like process the whole information." 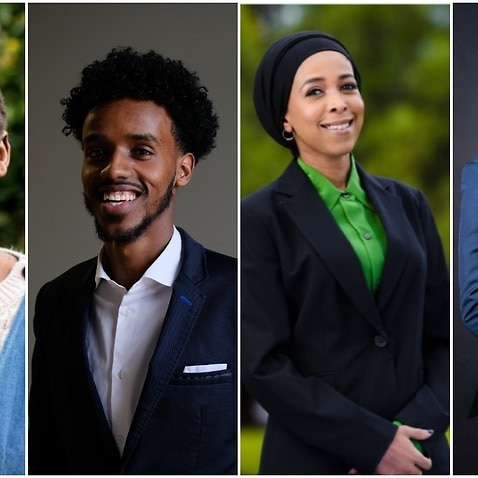 But when news hit, Anab missed the announcement.

"I was at home looking after my daughter, she was sick with the flu," Anab told The Feed.

Anab was tending to her seven-year-old daughter and was unwell herself. She was excited but it took until after the announcement that her new role sunk in.

While she was on motherhood duty, Anab remembered the reason why she ran for office: her daughter. It's made her success in the recent election even more important for her, but it's only one step.

"I hope that in the next few years, I see a lot of people of colour [running] because they talk about diversity and inclusion everywhere, but when my daughter looks at a meeting in the parliament, she doesn't see a lot of representation of people that represent who she is," she said.

Representing her local community is something Anab's been working towards for many years, from being a convenor for Fitzroy's Somali women's group to the community liaison officer in Fitzroy Primary School.

"For so many years, I've just heard community complain about issues," she said.

"But then when it came to action, it's like the community didn't have much awareness of what actions they can take."

That's part of the reason why Anab pursued a seat on her local council. She said she wants to ensure her community's voices are heard. That's why the hard-lockdown on Melbourne's nine public housing towers in Flemington and North Melbourne worried her so much.

"[The government] should have gone through the community and discussed it and consulted with the community before like, kind of like locking them up," Anab said.

"So now being in this position, I know that I will never allow anybody in the community or my community to be treated unfairly because they wouldn't do that to just anyone else."

Anab wants to set out a path for her daughter through her victory, she hopes it means she will be confident to voice her opinions and follow her ambitions.

"I'm hoping that I can be an example for her [but] she doesn't have to be me," she said.

"I want my daughter to know that it's very easy for her to express herself and it's okay to have issues and voice them without having to worry about doing the wrong thing."