The message of civil rights leader Dr Martin Luther King Jr has been posted through memes through social media amid the US riots in Minneapolis. Some have accused his son, Martin Luther King III, of using his quotes out of context, while others have tried to explain Dr King’s legacy to him. 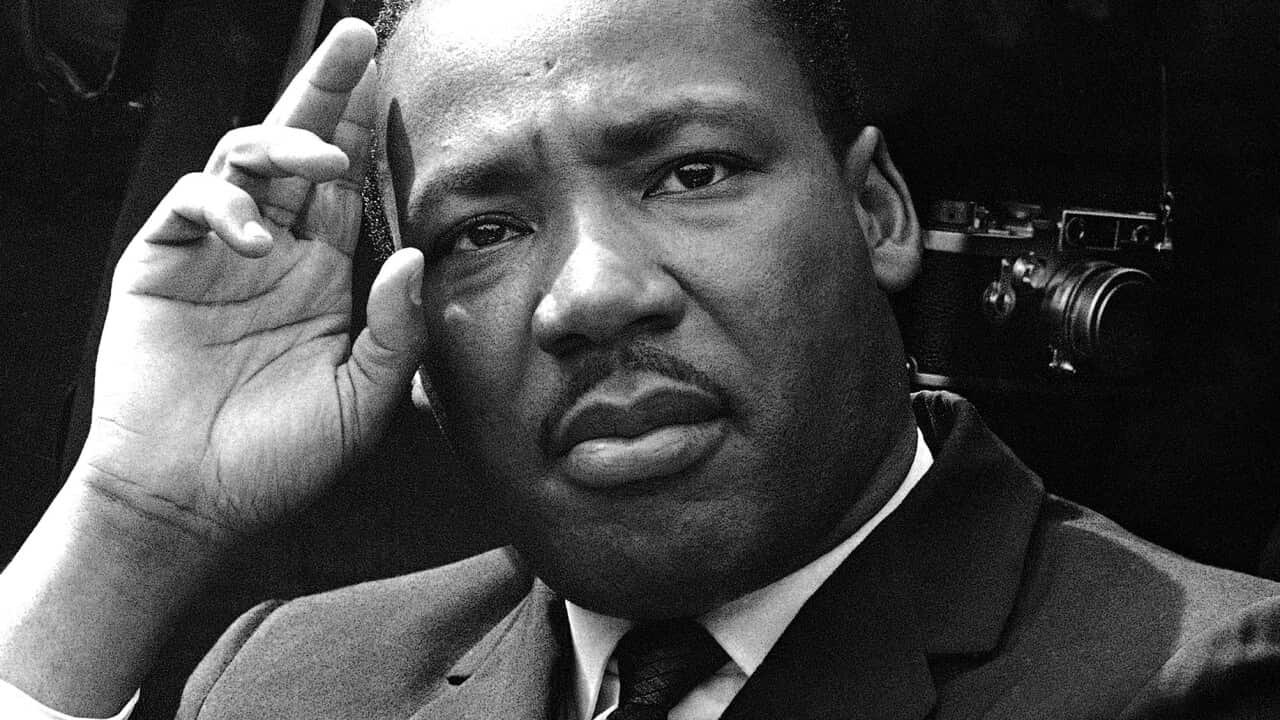 On Saturday, King III posted a quote from his father's speech 'The Other America' in response to the riots in Minneapolis that started after the death of George Floyd at the hands of a police officer.

"As my father explained during his lifetime, a riot is the language of the unheard," King III said.

Advertisement
He was quickly told what his father would have thought about the scenes in Minneapolis. A number of Twitter users attempted to explain why Dr King would not condone the actions of the protesters.

Some even accused King III of using the quote out of context.

Soon after, a meme with Dr King's face at the centre titled 'Looted nothing. Burned nothing. Attacked no one' spread across social media -- in an apparent bid to provide the answer to the question of how he would have reacted.

The
Roper Center for Public Opinion Research
historical polling data found after his assasination in 1968, more than 60 per cent of the US public viewed Dr King more negatively than positively -- and 31 per cent “felt he brought [his death] on himself”.

A more
recent poll
from 2019 found Dr King had a 90 per cent approval rating.

The change in perception has left some questioning how closely those sharing the meme have followed his activism beyond his iconic ‘I Have a Dream’ speech.

Writer Benjamin Law wrote, “What is with all these white people quoting MLK who've not read anything of King's beyond a meme or seen anything beyond a 30-second Youtube clip of "I Have a Dream" …”

What did Dr King say about riots?

Michael Harriot, senior writer at The Root, took to Twitter to share several quotes from Dr King's life to clarify what his position may have been.

“A riot is the language of the unheard”

In his
speech ‘The Other America’
, Dr King spoke specifically about the role of riots in protests, “...riots are socially destructive and self-defeating. I'm still convinced that nonviolence is the most potent weapon available to oppressed people in their struggle for freedom and justice. I feel that violence will only create more social problems than they will solve."

But he went on to explain, “riots do not develop out of thin air” but rather there are certain conditions that exist “in our society which must be condemned as vigorously as we condemn riots.”

“But in the final analysis, a riot is the language of the unheard. And what is it that America has failed to hear? It has failed to hear that the plight of the Negro poor has worsened over the last few years,” he said.

“And it has failed to hear that large segments of white society are more concerned about tranquility and the status quo than about justice, equality, and humanity.”

He also predicted that there wasn’t an immediate end in sight, saying in 1967: “And so in a real sense our nation's summers of riots are caused by our nation's winters of delay. And as long as America postpones justice, we stand in the position of having these recurrences of violence and riots over and over again.”