Teenagers are facing a barrage of misinformation shared through their Instagram stories and even on HSC support groups. One teen told The Feed she had to stop looking at social media stories because of the constant flow of misinformation. 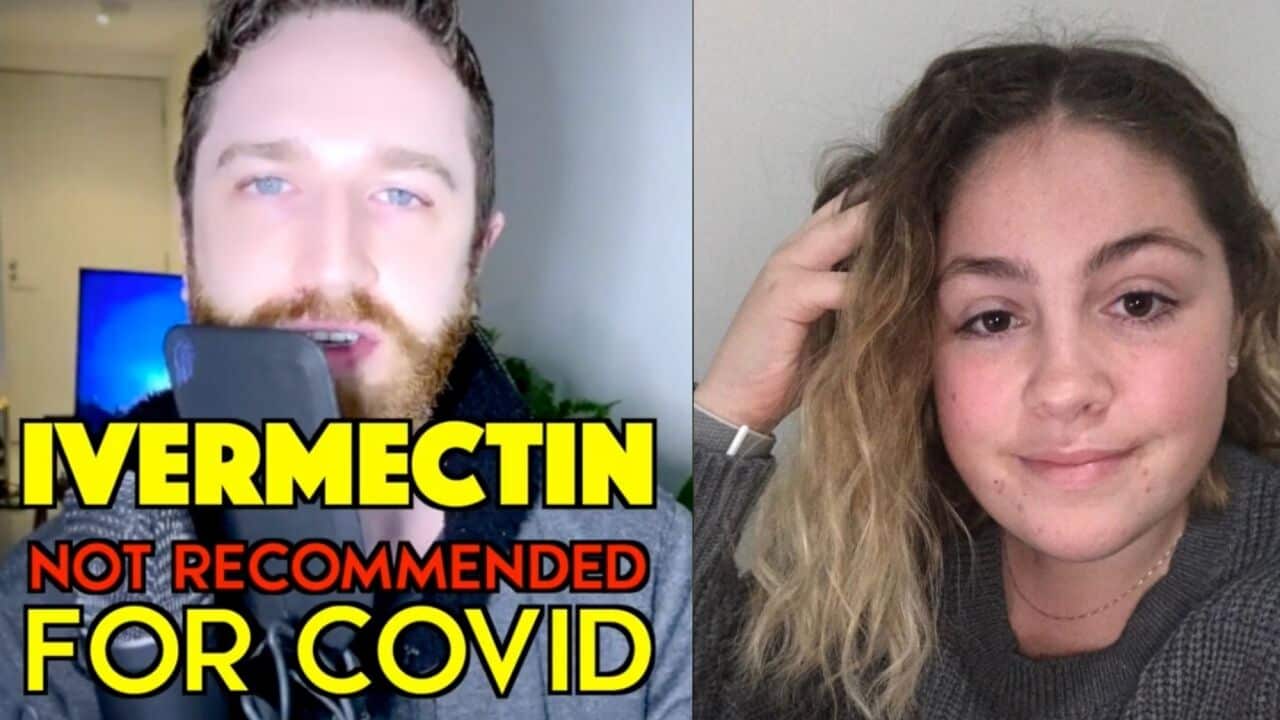 For year 12 student Jessica Grimes, social media has become a minefield of misinformation around COVID-19.

“I’m trying to not see what others are posting about covid because I don’t want false hope reading people saying we’re going back to normal in three weeks,” the eighteen year old told The Feed.

Advertisement
Jessica is based in Sydney, which is currently in the seventh week of a lockdown, due to end on August 28.

The state recorded a record 319 cases on Saturday and 15 deaths over the course of the week.

Over the weekend Cairns entered a three-day snap lockdown, the Hunter and Upper Hunter regions of NSW went into a week-long lockdown on Thursday.

Jessica told The Feed in recent weeks she’s had to stop looking at Facebook and Instagram stories because of the constant flow of misinformation.

Even on groups designed for inter-student support during the HSC Jessica says people are posting misinformation around the vaccines telling others not to get it.

The NSW government has prioritised Pfizer vaccines for Year 12 students in the designated LGAs of concern, in a bid to get students finishing school this year back in the classroom.

“I report posts when people are pressing this false information, mainly because I don't wanna see people making things up and sharing things they assume is true,” Jessica told The Feed.

“I’d rather get my information from a source I trust like my school, media outlets and from the [daily] press conferences.”

Canley Vale High School student Helen Bui told The Feed she is in a similar situation.

The seventeen year old says she comes across misinformation in the comments section of articles in her social media feeds.

“I just roll my eyes [when I see it] I know people like that can’t be convinced, she said.

“For general information on lockdowns I just get it from my school, and one of my friends will send screenshots of a media outlet announcing how many cases there have been today.”

The 28 year old Sydneysider told The Feed he started the page after the city went into lockdown. He now has close to 14,000 followers.

Via his TikTok page he’s addressed topics such as how COVID-19 differs to the flu, explaining the concept of mutations as well as addressing rumours circulating around cases in Australia.

“I began to see a lot of misinformation shared online and people in my family believed it and prevented them from getting the vaccine.”

He told The Feed some of the misinformation is easily disproved while other theories are more deep-rooted and take more research to prove as false.

“The Ivermectin theory pops up and it's very deep-rooted on the internet. A lot of people believe it so I researched that video for a few days, he said.

“People will be more convinced if you look at both sides and unhinge why the misinformation is wrong.”

He kicked off his Ivermectin explainer video by telling followers, “I literally get a hundred comments a day” about the drug.

Kane highlighted how many of the early studies that got results from Ivermectin were unpublished and not peer-reviewed.

Kane says Tik Tok is a great communication medium because of the time constraints on the videos.

“Communication is one of my strongest skills and there are benefits to making Tik Tok videos short and punchy. It means more people will be able to watch it.”

He’s also had the pleasure of receiving comments from fans saying he resembles Chris Evans, otherwise known as Captain America. He joked that he preferred ‘Captain Australia’.

Professor Andrew McLachlan, is the Dean of Pharmacy at Sydney University. He told The Feed that he likes Kane’s videos.

Andrew says that most people don’t watch the regular press conferences, or understand what public health officials are saying in relation to the vaccines.

“So it’s essential we have many channels of communication so people can make informed decisions about health care,” he said.