Experts have highlighted the double standards in the naming of COVID-19 rule-breakers following reports of allegations an Avalon couple could have spread the virus after not following health advice, contributing to the latest NSW outbreak. 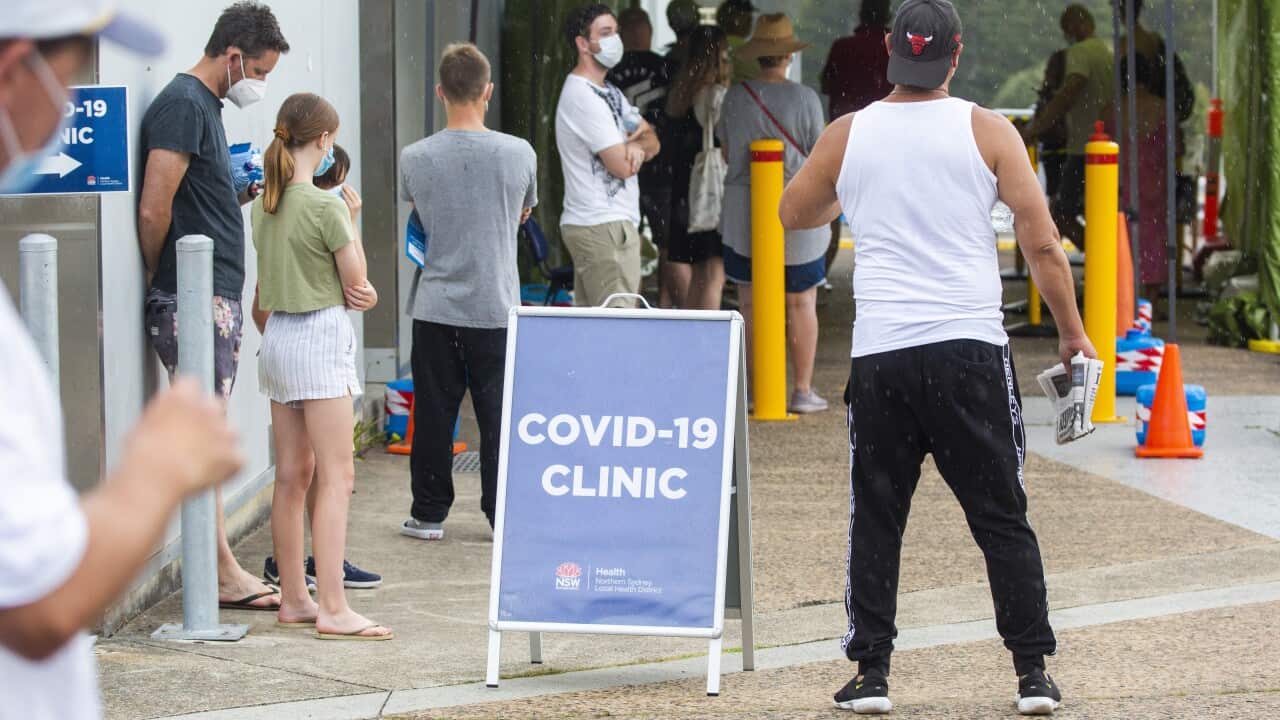 Experts say there are 'double standards' in how certain COVID-19 rule breakers are treated. Source: Getty

The most recent coronavirus outbreak in New South Wales,
according to The Australian
, is linked to an unnamed Avalon couple in their 60s and 70s who allegedly didn’t isolate while they waited for their COVID-19 test results -- which came back positive. The couple are alleged to have visited multiple Northern Beaches venues while their test results were pending.

How the couple contracted COVID is yet unknown.

Over the last week, a number of venues in the Northern Beaches have been declared hotspots for the virus. The outbreak has prompted a lockdown in Sydney's north with greater Sydney on high alert as venues in, and around, the CBD have been visited by COVID positive cases.

Advertisement
The decision to not name the couple and protect their privacy has prompted experts to express frustration at what they see as a 'double standard'.

The bone of contention is the treatment that two young African-Australian women received in some sections of the media in which their faces, names, and details were published in July.

The women allegedly breached lockdown regulations in Queensland and had been accused of lying on forms on their way back into Brisbane from Melbourne -- both later tested positive for COVID-19. They have been
charged with fraud and will be resuming their court case
on January 20.

The Courier Mail’s front page for July 30 had their faces and the headline ‘Enemies of the State’.

Lawyer, Ms Nyadol Nyuon, told The Feed she wasn't surprised by the different ways COVID rule-breakers were reported in the media. She says it's a continuation of a double standard that exists in the media coverage when it relates to minority groups.

"If it's black and brown girls then they're enemies of the state and their face is splashed on the newspaper," she said.

"If it's some white people, it's just a mistake, that's it. It just shows the utter hypocrisy, bias and racism...or at least the way it operates, it's racist, because on one side it tends to focus and be really brutal if the offenders happened to be black."

Ms Nyuon says this is just a repeat of other instances where sections of the media emphasise aspects of people’s racial identity. She references
a 2017 study that found half of all opinion pieces
in the Australian media are likely to break industry codes and conduct on racism.

“It's the same thing with the African gangs. When one group of kids happens to be white do something they’re a group of teenagers, if they're African kids there is a whole narrative around race,” she said.

Ms Nyuon believes from the outset of the pandemic there’s been a difference in how multicultural communities have been treated in the sections of the media. She cites Herald Sun columnist
Andrew Bolt’s piece in October
that linked multiculturalism as the reason why Victoria has been weakened by the coronavirus.

“[When multicultural communities] get infections it's because they don't understand our culture and that multiculturalism is the cause of COVID-19 and why we couldn't get a handle of it,” she said.

“Yet when COVID started in Victoria the hotspots were like really rich suburbs, but nobody was saying it's because they are rich or it's inherently something about them that was causing the spread.

“But of course, if you get Africans or Muslim communities then it's because they don't understand the rules and don't speak the language.”

Dr Denis Muller, a Senior Research Fellow, Centre for Advancing Journalism at the University of Melbourne, agrees with Ms Nyuon about the double standard.

He says the fact the two young women from Queensland were women of colour who have little social power made them more likely to be named and shamed.

"There have been so many instances where minorities, in particular, have been singled out in circumstances like this," Dr Muller told The Feed.

"We've seen it in Melbourne over and over again, where there were instances of street crime. And immediately, African gangs were blamed for it. Even though in many cases, there were no African gangs involved."

Dr Muller believes there's a pattern where sections of the media are "prepared to seize on opportunities to perpetuate prejudice," while the alleged Avalon couple doesn't fit that same demographic.

"This is another example, where on this occasion, the people involved were not members of minorities, they are not powerless people, in the same way those girls were," he said.

"So I think, I really do think those considerations are at work here."

"It shows up yet again, just how white our newsrooms are"

Both Ms Nyuon and Dr Muller reference the lack of cultural diversity within the media as part of the reason why they believe the double standard exists.

Earlier this year,
Media Diversity Australia released a study
that found Indigenous and non-European journalists made up only six per cent of on-screen talent in Australia, while journalists with an Anglo-Celtic background represent more than 75 per cent of journalists.

“It shows up yet again, just how white our newsrooms are,” Dr Muller said.

“But I think also it says that the media well understand the wellsprings of social feelings and social prejudices, and are prepared to prepare to exploit them.”

Neither Ms Nyuon nor Dr Muller believes naming and shaming the Avalon couple is the answer.

“It's not helpful in the sense that it erodes social cohesion,” Dr Muller said.

“At this time, you have politicians all over the place saying, we're all in this together. And when you name and shame individuals in these circumstances it shows those words to be hollow.

“And in this time of social media, trolling, it opens people up to an intensity of hate speech and retribution, which is completely socially unacceptable but out of proportion to any sort of harm that they might have done.”