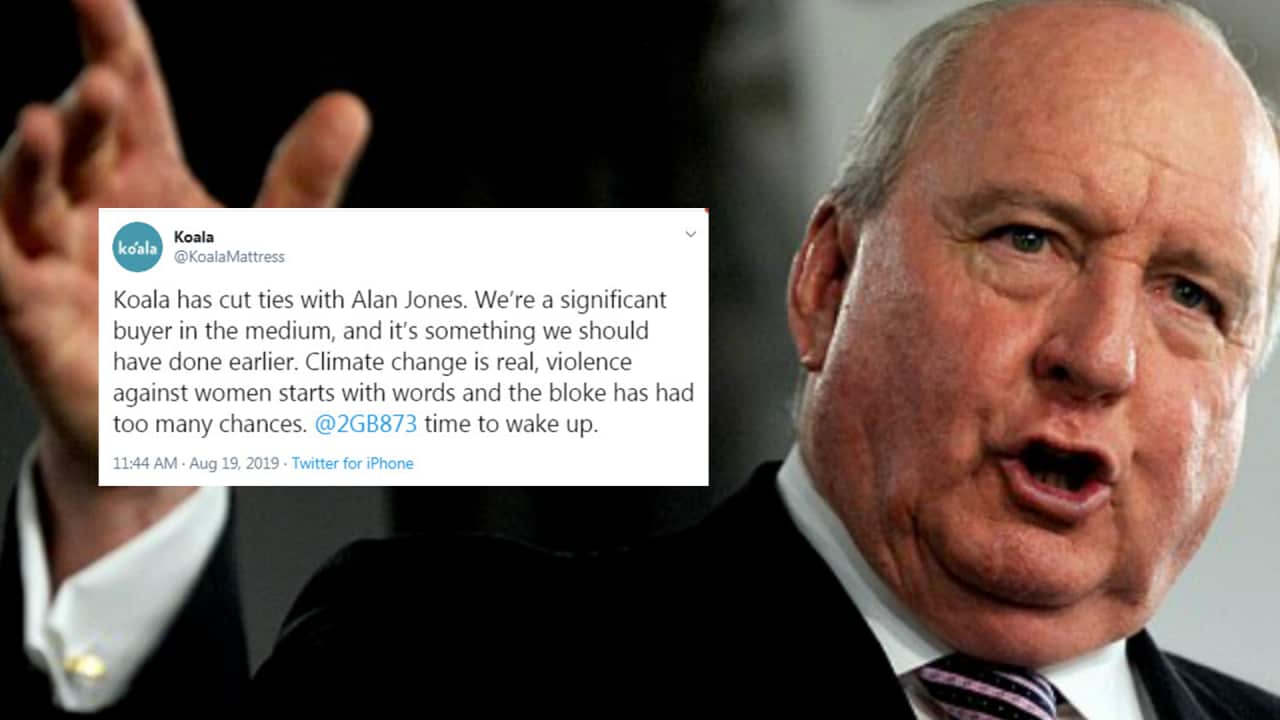 Koala Mattresses and Bing Lee are the latest companies to pull their advertising from Alan Jones' program on 2GB, as the fallout from
comments on New Zealand Prime Minister Jacinda Ardern
continues.

Last week, Jones said PM Scott Morrison should 'shove a sock' down Ms Ardern's throat, after she encouraged Australia to do more about climate change.

The response was swift and severe online. Yesterday, Macquarie Media chairman Russell Tate
warned Jones was on his 'last warning'
.

Advertisement
Even a former PM jumped into the conversation.

A number of companies have gone one step further, cutting ties with the shock jock.

It started over the weekend with ME Bank, who said
Jones' comments did not reflect the company's values.

Koala Mattresses jumped in with a pretty scathing statement, saying Jones has had 'too many chances'.

Snooze released a statement saying it looked 'to understand 2GB's plans for their network and the hosts that represent them'.

It's understood that a number of other brands confirmed the change, including:

At the time of publication, Koala was top trending online.