How an Aussie man with cerebral palsy tackled the Kokoda Trail

Andrew Short, who lives with cerebral palsy, and his trainer Lee, are applying the concept of neuroplasticity - that the brain can change - to overcome his disability. 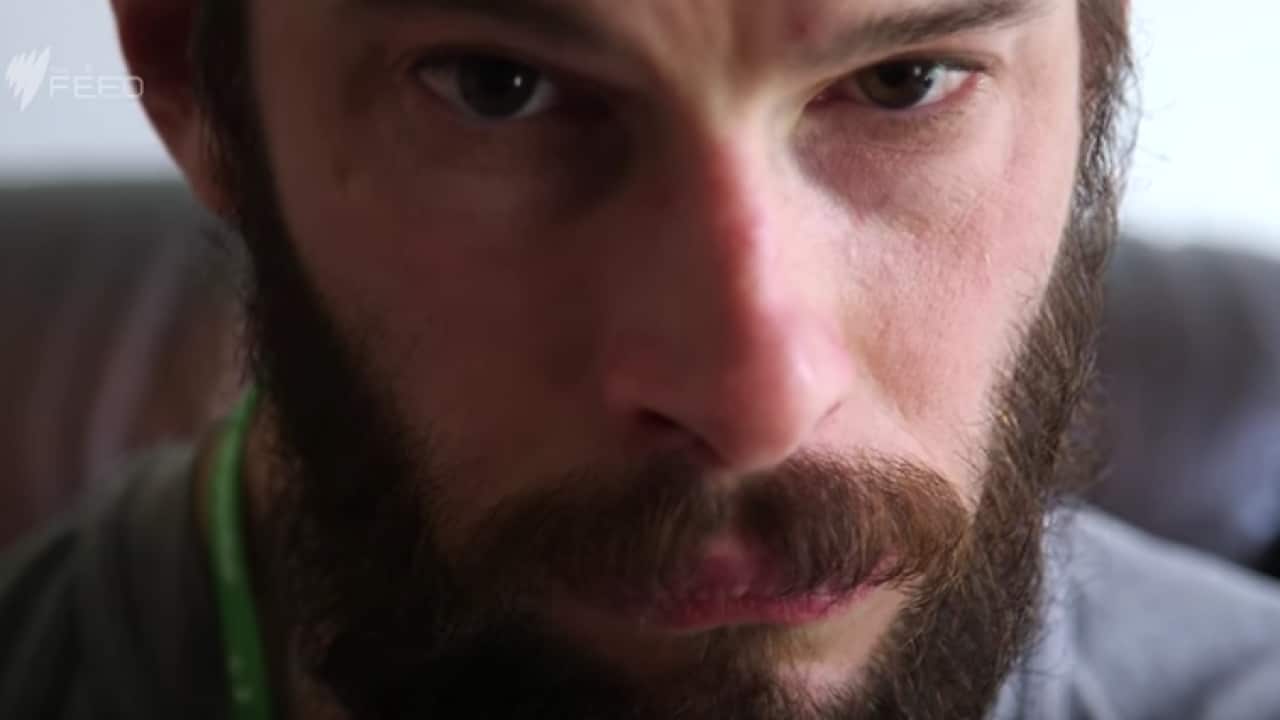 "I call myself a spastic all the time. Hey national TV, I'm a spastic. Let's move on".

Andrew Short lives with spastic cerebral palsy, which he contracted during birth.

"It was an arrested labour," his father David recalled. "Nothing was happening. I knew we were in deep trouble.

Advertisement
"The worst trauma I’ve experienced... watching for 20 minutes for the first breath to begin."

Cerebral palsy is disorder that effects muscle tone, movement and motor skills, but despite impaired speech Andrew’s disability doesn’t impair his mind, and he learned to read early.

Despite starting at Woden Special School, he was accepted to transfer to a comprehensive school, Lyneham High School, which he describes as one of the greatest events of his life.

“He celebrates the date every year,” said David. “That’s more important than his birthday.”

Andrew is currently completing a Masters Degree in Disability Studies, but his most impressive achievement has been walking the Kokoda Trail, which he describes as ‘“he toughest physical challenge of [his] life”.

“We were told to accept that that's what it would be,” said David.

Instead, David and Andrew began researching the emerging field of neuroplasticity. inspired by the seminal “The Brain That Changes Itself: Stories of Personal Triumph from the Frontiers of Brain Science”.

In the past, the scientific consensus was that the brain was hard-wired in early childhood, and adult brains had limited capacity to change.

“Ten years ago as a scientist you would have got kicked off a stage for thinking brains were plastic as an adult with a physical disability that's life long like cerebral palsy” said Professor Iona Novak, the Head of Research at the Cerebral Palsy Alliance.

Andrew’s physical condition is due in part to his trainer, Lee Campbell, a former army trainer and Sydney Swans team member.

The two have been training together for five and a half years, and in that time Lee estimates that his physical condition has risen from ‘ 2.5 to a 7 or 8’.

“You watch Andy pull a sled with 20 or 30 kilos of weights in it, he stands up, his posture is corrected,” said Lee “His finer motor skills now are getting refined. He can hold things, he can cook, he can do his buttons up.”

The two are now close friends, and speak very warmly of each other.

“My first impressions of Lee was that he was a spastic hiding in a normal body,” said Andy.

"He'll throw around jokes that only Andy can throw around that people will go my God, did that just come out?,” said Lee.

Right now, they’re training together for Andy’s next endeavour, walking the Great Wall of China.

In the lead-up, they plan to train five to six days a week. “He’s very hard on me,” said Andy.

Lee’s response is blunt, “If it's just the emotional or mental block, rather than a physical block, I won’t accept it”.

The strategy has clearly been working. “I am amazed at what I can do and sometimes I surprise myself,” said Andy.