Where is the line between euthanasia and eugenics? 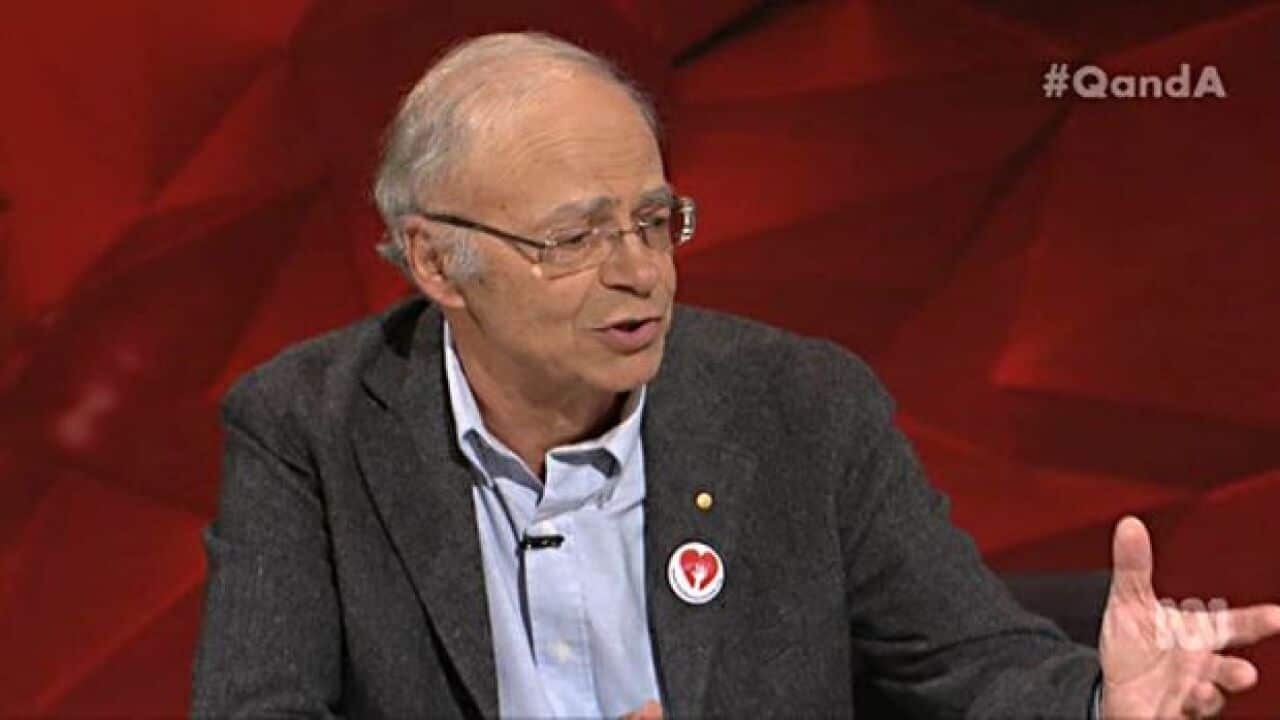 Before delving into my own opinions (I have many), or examining Singer’s response, I want to take a moment to acknowledge the inherent power structure of Monday’s Q& A setup.  In the week following a highly publicised mass murder of disabled people, Singer, an able-bodied philosopher with controversial views on disability, was offered a position of relative authority on the panel, whilst a prominent disabled activist was relegated to asking questions from the floor.  Duncan was flanked by writer and performer Jax (Jacki) Brown and documentary maker Sarah Barton.  Three women with professional backgrounds in disability politics, any one of whom could have made excellent contributions from a position on the panel.  Instead, Duncan was allowed a question, which Singer interrupted multiple times, responding defensively before Duncan was even done speaking.  To my mind, this was a failure of the Q&A producers to adequately represent a heavily disadvantaged minority at a time when our voices are particularly relevant.

That said, do Singer’s philosophies really serve to rally disability hate crime perpetrators?  Was the association unfair?  Some denizens of twitter seemed to think it hyperbole, as did Singer, insisting he was not at all sympathetic with Satoshi Uematsu - the 26 year-old mass murderer.  “It is the parents and doctors making a decision in consultation,” Singer said, in regard to his idea that infanticide is justifiable in certain circumstances.  “It is not some crazy guy going into a unit and killing people."

"the assumption that a healthy individual must, by their nature, be happier than a disabled person is highly ableist"

It would be easy to accept Singer’s position as an advocate for mercy deaths in cases where there is zero chance of quality of life.  Certainly that feels reasonable.  But Singer has publicly taken the idea of acceptable infanticide to darker conclusions than what he presented on the program, pushing the boundaries of conventional morality with what he no doubt regards as harsh objectivity.  The
following passage
appears in his book, Practical Ethics:

“When the death of a disabled infant will lead to the birth of another infant with better prospects of a happy life, the total amount of happiness will be greater if the disabled infant is killed. The loss of happy life for the first infant is outweighed by the gain of a happier life for the second. Therefore, if killing the haemophiliac infant has no adverse effect on others, it would, according to the total view, be right to kill him.”

While, in context, it’s clear that Singer is not actually calling for the death of haemophiliacs, the assumption that a healthy individual must, by their nature, be happier than a disabled person is highly ableist, and reveals extraordinarily biased thinking from a man who prides himself on cold logic.  Can a man with such bias be qualified to determine what constitutes quality of life?  And are the parents and doctors of disabled infants any more qualified to do so, subject as we all are to cultural bias?

"Both concluded that the source of suffering was disability, rather than a societal failure to support disabled people"

This insistence on viewing disability as a burden on the happiness of society is what Singer has in common with Eumatsu.  Both observed suffering.  Both concluded that the source of suffering was disability, rather than a societal failure to support disabled people.  Both have expressed concern for parents and carers struggling under the weight of unexpected responsibility, but instead of supporting schemes such as the NDIS as a way to ease the load,  both concluded that society is simply better off without disabled people - a view that necessitates our dehumanisation, framing us as separate to the society that would prosper without us.  Our own prosperity is apparently beside the point.

While Singer has clearly denounced Eumatsu’s violent actions, the two appear more philosophically aligned than he may like to think.

Why some disability advocates opposte euthanasia

Kath Duncan’s views, of course, could not be more opposed.  Publicly aligned with the
Not Dead Yet
movement, which holds any kind of legalised euthanasia to be part of a slippery slope toward eugenics, Duncan is fighting to to have her very existence and identity recognised as valid and valuable.  To Duncan, this is not a philosophical debate.  It’s life and death and dignity.

Personally, I struggle with the question of what constitutes quality of life.  Certainly there are situations in which it becomes negligible - when positive engagement with the world becomes impossible in the face of intense pain or confusion or prolonged unconsciousness.  But I don’t pretend to know where the line is.  No doubt it shifts from person to person, and deciding for an infant if their life will eventually become worthwhile is a thorny task at best.

What I do know for certain is that my own disabled life is worth living, my happiness is no less valid than that of able-bodied people, and it’s not for philosophers to judge it otherwise.