A car filled with protestors yelled abuse at New Zealand prime minister Jacinda Ardern as they pursued her vehicle, but she says she wasn’t worried for her safety. 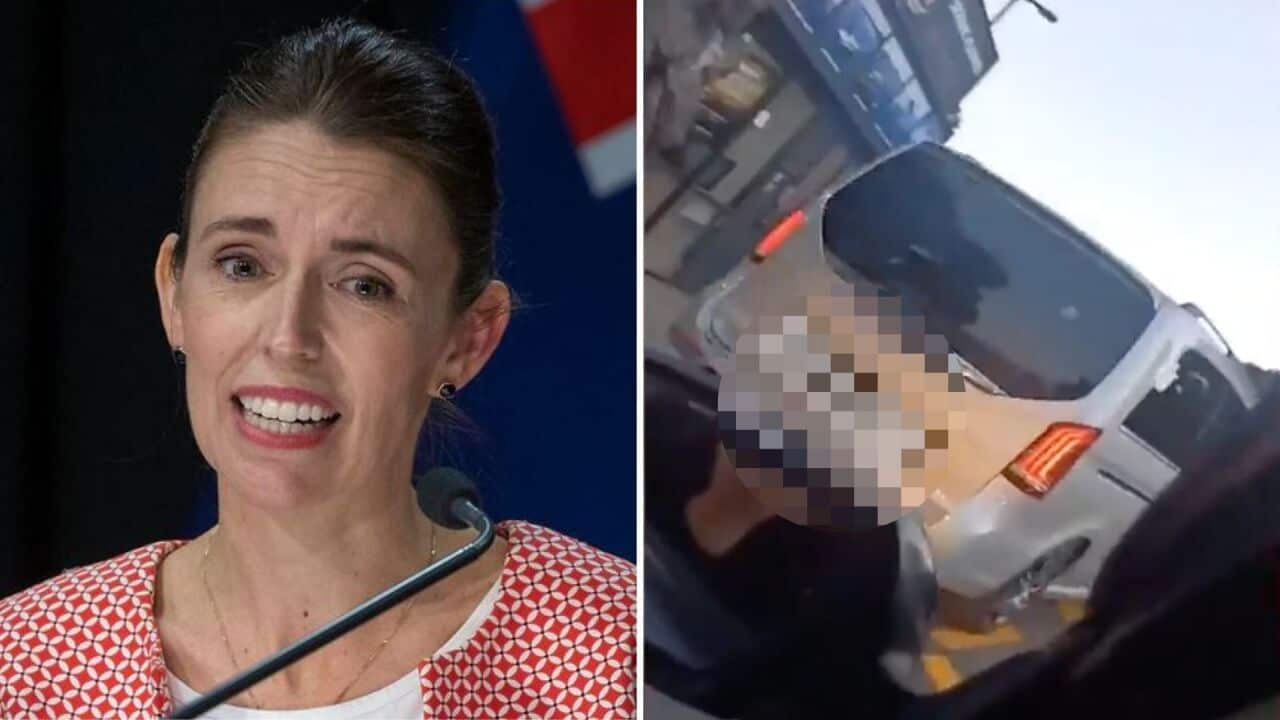 New Zealand prime minister Jacinda Ardern has shrugged off a car chase with anti-vaccination protestors who pursued her vehicle, describing it as “just another day”.

Footage of the incident, which took place last week, surfaced in recent days. The video, shot from inside the car attempting to block the government vehicle, shows a group of protestors yelling abuse and pursuing a Mercedes van which they believed contained Ms Ardern.

Advertisement
“Go right to the curb,” one later said. They go on to describe the prime minister as a "wussy", before forcing the van onto the footpath.

Asked by a reporter at a press conference what she made of the incident, Ms Ardern said:

“Oh, not too much. At no point was I worried about my safety or the safety of anyone that was with me."

“Every day is faced with new and different experiences in this job … We are in an environment at the moment that does have an intensity to it that is unusual for New Zealand. I do also believe that with time it will pass.”

The incident comes as New Zealand sees a small but distinguishable rise in threats against officials involved in the pandemic response, according to police data released under the country's Official Information Act to 1news.

Threats towards politicians reached a three-year high in one month last year, according to the data, with most of the threats aimed at Ms Ardern.

New Zealand Police told 1news the incidents included threats to injure, harm and assassinate politicians, including one person who had threatened to send a bomb to parliament.

In the same press conference, Ms Ardern said being a repeated target was simply part of being in the top job.

“I see that as just being a reflection of the fact that we are the decision-makers. And if people don’t like the decisions that are being made, then it’s us that of course will hear the feedback about that,” said Ms Ardern.

In late 2021, New Zealand’s parliament ramped up security measures after politicians reported that they were being targeted by anti-vaccination protestors, with some receiving death threats.

While almost 95 per cent of the eligible population in New Zealand are now fully vaccinated, some have continued to resist the jab or the mandates that have come with it. About 40 per cent of the country’s workforce are covered by vaccine mandates.

Under current regulations, people without a vaccine certificate are unable to dine indoors or visit high-contact businesses like beauty salons and gyms.