The Transport Workers Union has labelled truck driving ‘Australia’s deadliest job.’ It’s also one of the most male-dominated. 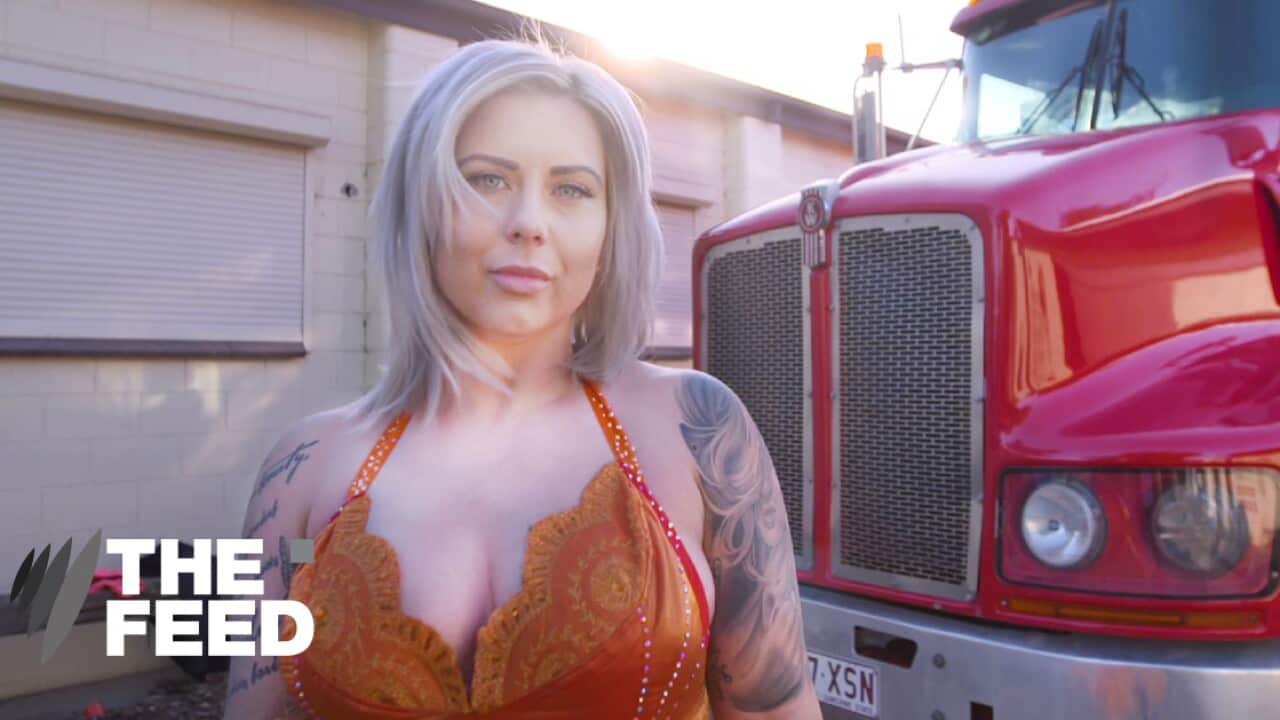 In April 2016, the Federal Government shut down the Road Safety Remuneration Tribunal that was investigating safety in trucking, excessive speeding, driver fatigue and holding major companies to account for unreasonable delivery time frames. Since this watchdog was abolished, there have been 388 people killed in truck crashes.

Perhaps unsurprisingly, there’s a severe shortage of new truckies in Australia. And, simply put, without trucks, Australia stops. While 97% of truckies are male, and only 1 in 5 are under 30, there’s a small group of women behind the big rigs making it their mission to breathe new life into the industry they love.

“I set up a website where people could report aggressive heavy vehicle driver incidences. I saw and heard drivers in contact over their two-ways blocking drivers in-between trucks and forcing them off the road; heavy vehicle drivers smashing motorists’ windscreens with cheater bars, lot of drugs in the industry.

There were death threats.

“There were death threats […] and I got a few letters saying ‘we know where you live, and we know you've got a son’ . But that was only five per cent . I continue to be buoyed and encouraged by the response from the industry at large. There's being a lot of work done in the industry to get that minority off the road.

“I decided I had to, from the inside, drive a lot of that change. I went from being a truck driver-hater to getting my truck license. My vision is to see more women out there, behind the wheels of the big rigs. If an almost 60-year-old Mother Trucker can do it, then anyone can.”

“It's not for everybody. Not everybody who can't make it to a proper toilet block wants to drop their dacks on the side of the road! […] I'm not a women's libber but the industry needs to be open to the fact that young women are able to do the job. They could fill a huge gap. There's a lot of fantastic male drivers out there but women traditionally are very good on the equipment. They're gentle on the equipment, they're very good with the paperwork, they are very good with customers.

“We need proper courses and proper training delivered. Our bureaucrats and politicians need to get behind this industry and give us a hand to improve its image, attract young people, create opportunities, to recognise it as a profession and get some decent people in.”

“I do, obviously, like attention. I mean, I put myself in a male-dominated industry. If I was offended by sexism then I would never survive. The longer I worked and the more places I went, I started to realise that it was nowhere near as bad as what everyone had made out. I used to think that I was going to cop full-on catcalls, like be really sexually harassed. […] You walk past and there's a wolf whistle. Sometimes they might stand too close or they’ll come up and chuck their arm around you. I've even had a guy in a B Double pull up next to me and ask for my phone number over the CB radio. […] I don't take offence to it. I was used to growin' up with the rough tough guys so when I went in to truck driving it was all very similar.

“My dad was the Gypsy Jokers President. He's been missing since I was 13. So we sort of know that he was murdered but we don't have a body.  If my dad was around these days he would be just beyond proud and happy with everything I've done. He would have loved the fact that I've gotten other women into it.”