Novak Djokovic is ‘opposed’ to vaccination

Men’s tennis world number one, Novak Djokovic, says he doesn’t want to be forced to take a potential coronavirus vaccine in order to travel. The topic came up on a Facebook live with fellow Serbian athletes, and his position stunned many fans. 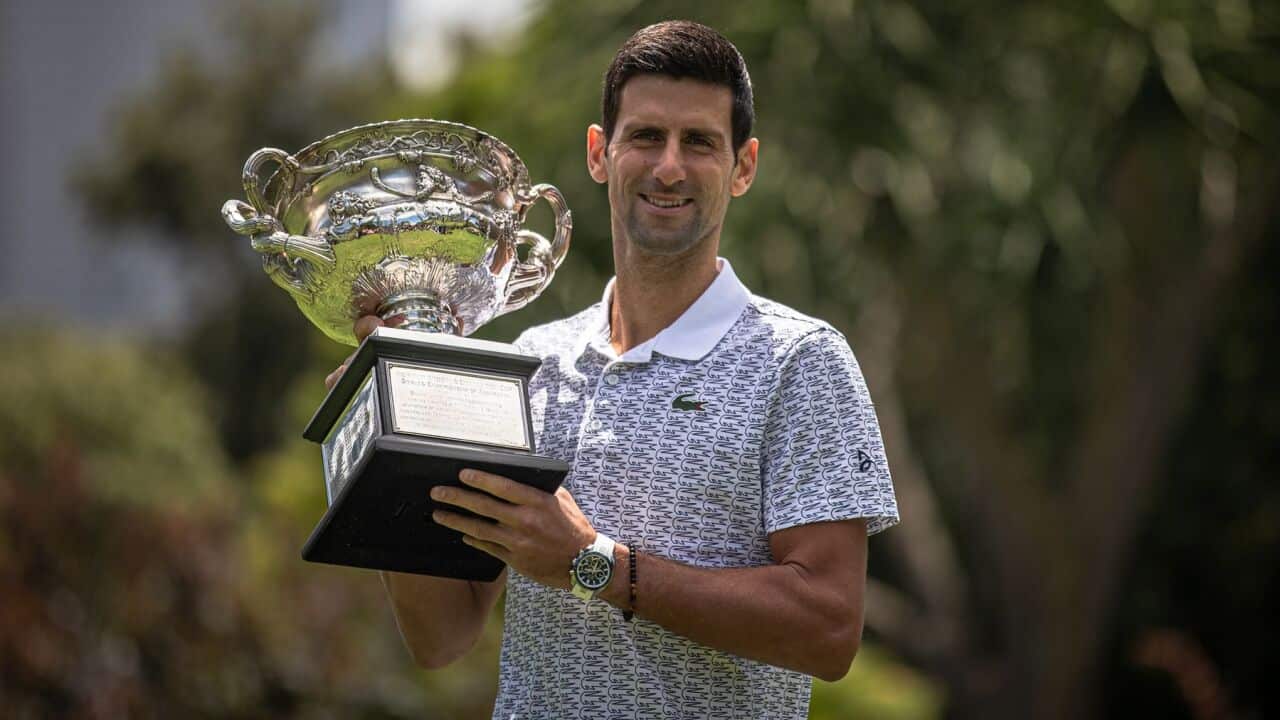 The ATP tour might be on hold but whenever it's likely to resume, men's tennis could be without their world number one: Novak Djokovic.

On Sunday, in a Facebook live session with a number of Serbian athletes, Djokovic said he was opposed to vaccinations.

Advertisement
The tennis governing bodies have suspended all tournaments until 13 July. But Djokovic says he assumes that a potential COVID-19 vaccine could become a requirement if the season was to resume.

"Personally I am opposed to vaccination and I wouldn't want to be forced by someone to take a vaccine in order to be able to travel," Djokovic said.

"But if it becomes compulsory, what will happen? I will have to make a decision. I have my own thoughts about the matter and whether those thoughts will change at some point, I don't know."

It's fuelled speculation that he might not be competing in a post-COVID-19 shutdown world, if vaccination is required to compete.

"Hypothetically, if the season was to resume in July, August or September, though unlikely, I understand that a vaccine will become a requirement straight after we are out of strict quarantine and there is no vaccine yet."

University of Melbourne's Dr Nancy Baxter was enraged by Djovkic's comments calling for an end to celebrity commentary on the virus.

What began as an online catch up session between countrymen has sparked discussion around the world with tennis fans surprised by Djokovic's stance.

His comments are in contrast to former world number one Ameila Mauresmo, who in late March suggested the idea of essential vaccination if competitive tennis was to resume.

The former coach to Andy Murray said, "I think we're going to have to draw a line under the 2020 tennis season. International circuit = players of all nationalities plus management, spectators and people from the 4 corners of the world who bring these events to life. No vaccine = no tennis."

Djokovic started 2020 with his eighth Australian Open win, and many believed he might be in the running to catch up to Roger Federer and Rafa Nadal's impressive Grand Slam totals. Maybe not anymore.