Donald Trump has a little litigation to get through before taking office. 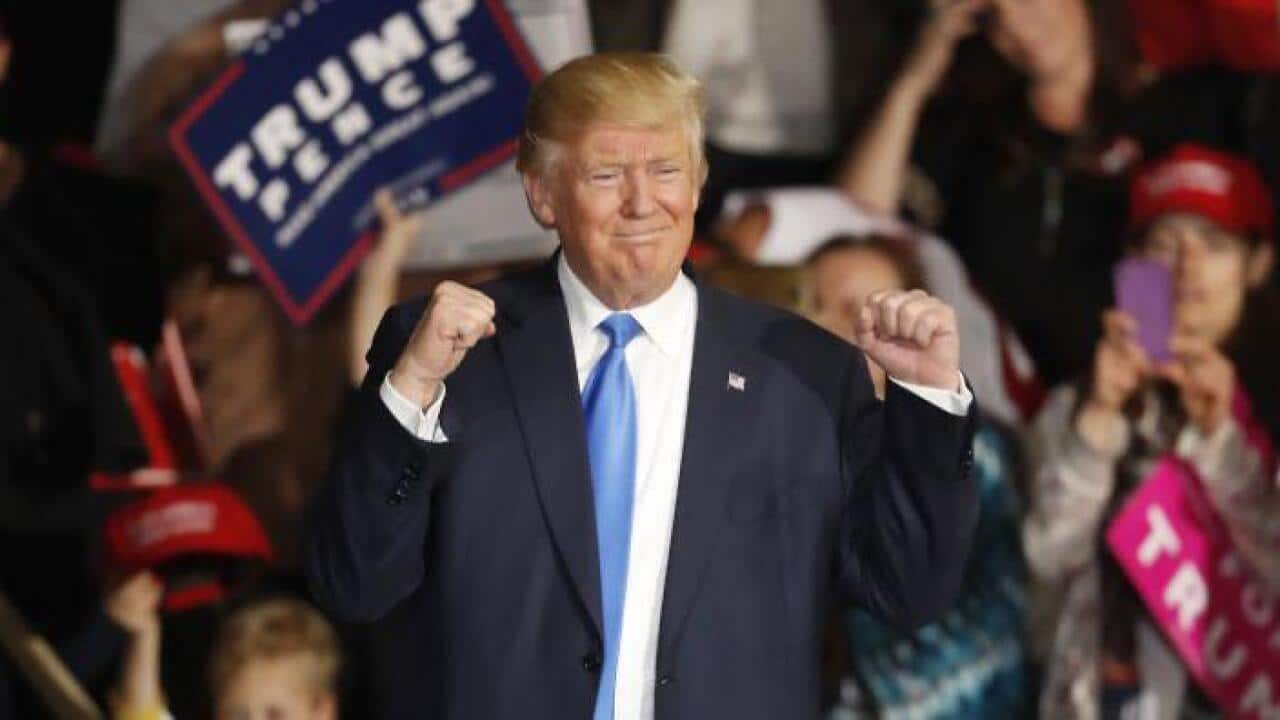 The businessman will likely spend time in court before taking office. Source: AAP

President-elect Donald Trump finds himself in a unique position following his unexpected win.

With zero parliamentary experience to rely on, he has just over two months to prepare before being sworn into the highest office of the land. But he also has
dozens
of lawsuits looming over his head.

The most pressing one is due to go to trial at the end of the month and is part of class action fraud case filed against Trump University.

Advertisement
Former students are claiming they were duped out of tens of thousands of dollars after signing up to the University’s real estate seminars under false pretences. They say the courses were advertised as containing Trump’s personal industry “secrets” and taught by people “hand-picked” by the businessman.

Trump’s defence argues however, that these ideas were no more than marketing “
puffery
”.

Although Trump himself will not need to be present for all proceedings, it seems likely he will be called in to testify by both the plaintiffs and his own defence team.

Besides this case, the businessman-turned-politician has a number of other legal proceedings related to him in the pipeline, including one brought forward by a Trump golf course employee who
claims
she lost her job after raising accusations of sexual harassment.

Recommended:
Comment: Here’s how to respond to Trump with grace (and how not to)

Trump himself has also instigated legal action recently, including
lawsuits
against two celebrity chefs who went back on plans to open restaurants in one of his hotels after he made disparaging comments about Mexican people.

Trump has also threatened to
sue
the women who have come forward to accuse him of sexual assault or inappropriate behaviour during his campaign, some of who say they will counter sue if he does so.

Earlier this year, a USA Today
investigation
into Trump’s legal history found that he had been involved in at least 3,500 legal actions over the last 30 years – an unprecedented number for any former presidential candidate let alone President Elect.

The dealings ranged from defamation cases to tax disputes and real estate litigation. And his legal battles won’t necessarily end once he is sworn into office on January 20, as presidents aren’t protected from facing legal proceedings that regard actions which took place before they entered office.

Presidents John F. Kennedy, Richard Nixon and Bill Clinton, all had cases brought against them while they were serving, however the court does make exceptions for the president's schedule.

Could it be enough to get him out of office?

The ramifications of Trump’s litigious battles could potentially have the ability to derail his presidential career as a court conviction for fraud – as is possible with the Trump University case – could give parliament an avenue to pursue an impeachment and remove him from office.

“If the fraud and racketeering allegations against President-elect Trump are true, he is legally impeachable for high crimes or misdemeanors,” Christopher Peterson, University of Utah law professor tells
USA Today
.

However impeachment proceedings need to be brought by the House of Representatives and trialled by the Senate, both of which will now be Republican held, making that scenario highly unlikely.

Interestingly, financial writer and commentator Jim Grant said this week that he would be voting for Vice President-elect Mike Pence despite not favouring Trump because “there's always hope for impeachment after the election. So we get rid of Trump and get Pence.”

His logic was based on the idea that Trump is so disliked by many Republicans that they could jump on any impeachable offence he commits in office as an opportunity to replace him with his second in command.

In fact, a local radio host
joked
in March that, “They’ll be talking impeachment on day two, after the first Trump executive order.”

There is also currently a Change.org
petition
to impeach Trump, but it seems to have no legal grounding.