Ian Roberts has an accomplished sporting career but he’s also famous for being Australia’s first openly gay NRL player. On World Suicide Prevention Day, he opens up about his mental health battles after retirement and why it’s okay “not to be okay”.

In 1995, Ian Roberts became Australia’s first openly gay NRL player, but looking back, he regrets not “coming out sooner”.

Despite growing up in the 70s in a “homophobic and misogynist atmosphere”, Roberts told The Feed he’s always been at ease with his sexuality and open about it privately.

For years, he wanted to come out publicly but he hit a drawback when he saw what happened when English soccer player Justin Fashanu came out in 1990.

Fashanu once said of his coming out, "footballers are very narrow-minded people. When you put yourself in the firing line, you are open to attack. I know I'm there to be shot down in flames."

When Roberts eventually came out in 95’ he confronted some “horrible” homophobia but said, “the benefits far outweighed the negatives.”

At the time, Roberts said there was a stigma about gay people being “weak” and bad at sports. NRL player Ian Roberts said he went through a "dark time" after retiring from the sport in 1998.
AAP
“I realised after I came out how powerful it was, how much it changed people's lives and people's perspectives,” Roberts told The Feed.

After an impressive career, playing for NSW in State of Origin and the Rabbitohs, Sea Eagles and Cowboys, Roberts hung up his footy boots in ‘98. It was then that things began to unravel in his personal life.

“I retired from football, so I was in a real void of not knowing what to do,” Roberts said.

“I had an addiction issue. It's really hard to speak about this time.”

It was during this “dark time” that Roberts contacted suicide prevention organisation Lifeline for help.

“I was going through this haze of confusion and pain and just feeling worthless,” Roberts said.

“The phone call with this person on the other end, just the power of that conversation, it validated what I was feeling. Now I understand, it’s okay to feel that way and this feeling will pass.”

According to Lifeline, nine lives are lost to suicide in Australia every day.

On Friday, 10 September - World Suicide Prevention Day - Lifeline will be hosting ‘Out of the Shadows’. The event calls on all Australians “to join Lifeline in creating hope through action.”

Australians can register to join a face-to-face or virtual walk in their area or plant a flower at Lifeline’s virtual garden.

In August, Lifeline recorded four of the busiest days in its 57-year history.

The suicide prevention organisation is on track for its busiest year ever with 694,400 calls for help in the year to date. 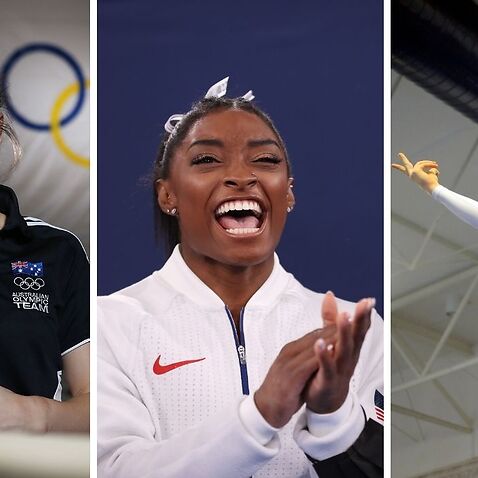 Roberts said his call to Lifeline wasn’t the last time his life would be marked by the kindness of strangers.

Another pivotal moment came when his car broke down up the road from the National Institute of Dramatic Arts (NIDA).

Roberts walked into the school, hoping he could get a start in one of his other loves: acting.

There was just one problem. At 35 years of age, Roberts struggled with dyslexia and couldn’t “read or write”.

“I met this guy, Kevin Jackson, who changed my life. When I told him I was dyslexic, it wasn’t an issue at all,” Roberts said.

“I learnt to read and write at a very basic level, it was a real turning point.”

Roberts trained with Kevin for six months before auditioning for entry at NIDA. He got in and studied there for three years.

“It’s hard to describe the feeling. I had the same feeling when I called Lifeline,” he said.

“Like all of a sudden, somebody hit me on the head with a hammer and it was like ‘this is okay. You're going to be okay.”