2020 has been too difficult to sum up in a single word. So two words - ‘Karen’ and ‘COVIDIOT’ - have been selected as Macquarie Dictionary’s People's Choice for Word of the Year.

For better or worse, the terms ‘Karen’ and ‘COVIDIOT’ have been written into history, with a special acknowledgment by Macquarie Dictionary.

It’s been such an extraordinary year that Macquarie Dictionary opted for not one, but two, People’s Choice categories for 2020.

Macquarie Dictionary announced on Tuesday that ‘Karen’ has been chosen as People’s Choice for Word of the Year.

While ‘COVIDIOT’ was selected as the People’s Choice for COVID Word of the Year - a category that hopefully doesn’t stage a comeback in 2021.

The company described ‘Karen’ as a term “used predominantly to refer to a middle-class white woman, often of generation X, who is regarded as having an entitled, condescending and often racist attitude.” 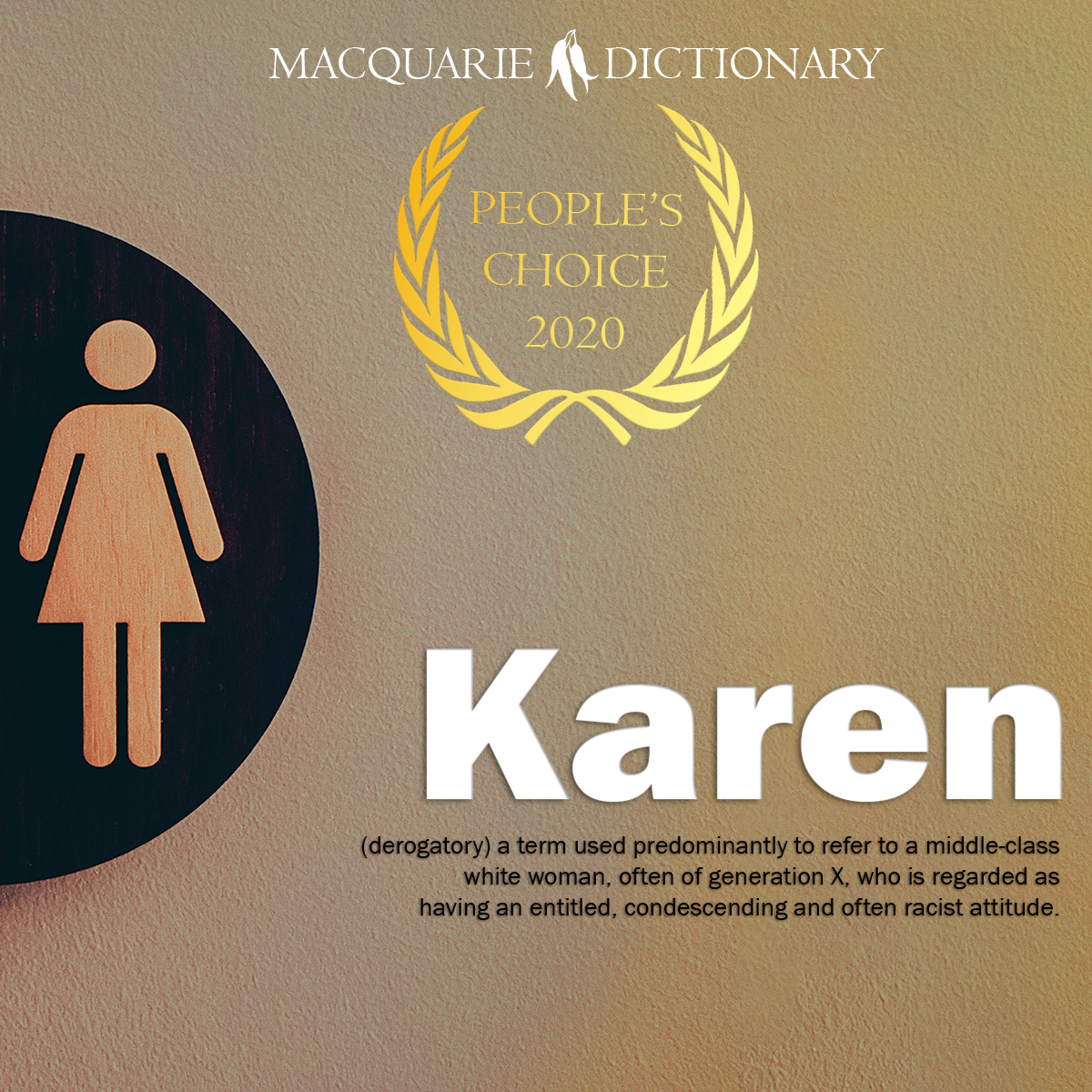 The term ‘Karen’ or ‘Bunnings Karen’ was used to describe several Australian women during lockdown.

One of these women was arrested after she filmed herself laughing as she failed to stop through a COVID-19 checkpoint. Other women dubbed ‘Karens’ filmed themselves lamenting about their human rights being violated or berating Bunnings employees as they were asked to wear a mask. Macquarie Dictionary said 'Karen' proved to be a strong contender, winning the People’s Choice ballot and scoring an Honourable Mention from the Committee.

“Colloquial and contentious, it was used as a neat descriptor of this particular type of woman, its popularity being kicked along by viral social media videos,” the company said on Tuesday.

“Interestingly, of the people named Karen who voted in the People’s Choice, half gave a nod to Karen themselves.”

While Macquarie Dictionary described ‘COVIDIOT’ as a term which blends “COVID-19 and IDIOT”. It said the term refers to “a person who refuses to follow health advice aimed at halting the spread of COVID-19, as by not social distancing, taking part in large gatherings.. as well as buying large amounts of perceived staples, especially toilet paper.”

The great toilet paper runout of 2020 culminated with two women being charged after a fight over the precious supply in a supermarket.

“Like Karen, covidiot was given an Honourable Mention by the Committee, one member saying ‘we saw no end of covidiots on TV – and the occasional maskhole as well’,” the company said. 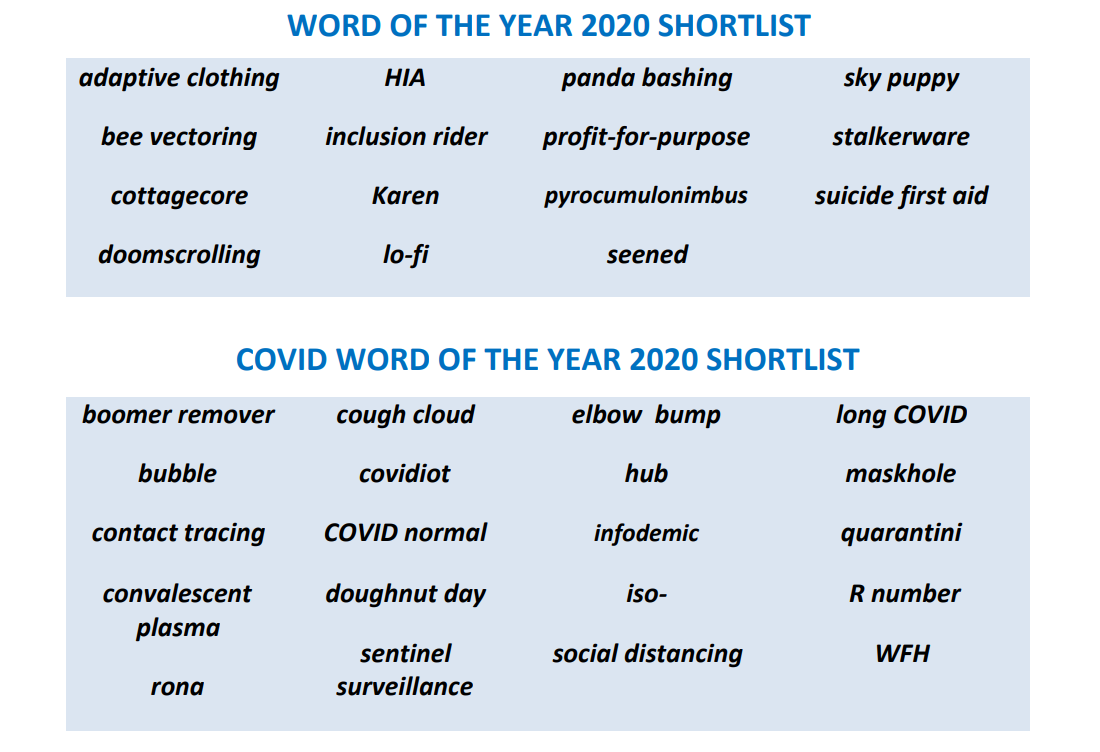 Earlier this year, tension brewed between China and Australia after Australia pushed for an international probe into the origins of coronavirus.

It’s unsurprising then that ‘Panda bashing’ - a criticism of a Chinese government policy or action by another country - also rated in Macquarie’s Word of the Year shortlist.

In November, Macquarie Dictionary’s word of the year committee announced  'Doomscrolling' as its top choice for Word of the Year.

It defined the term as "the practice of continuing to read news feeds online or on social media, despite the fact that the news is predominantly negative and often upsetting."