Prime Minister Scott Morrison, who Liberal MP Craig Kelly claims he’s in regular contact with, has repeatedly refused to condemn the Member for Hughes over his social media posts about COVID-19.

As pressure mounts on Liberal politicians to condemn MP Craig Kelly’s social media use, the Member for Hughes told The Feed he’s in “regular contact” with the Prime Minister regarding his COVID-19 posts.

“I'm in regular contact with the Health Minister and the Prime Minister's office,” Mr Kelly said.

“Often they say, you know, you've been accused of this in the media, ‘What's the story?’ And I simply explain, hang on a minute, this is simply untrue, what has been posted about me,” he added.

Chief medical officer, Paul Kelly, has rebuked the Member for Hughes for sharing articles promoting the use of ivermectin, an anti-parasitical drug used for lice. Professor Kelly said there was “no evidence” anti-parasitic drug ivermectin is useful in combatting Covid-19 and he did not want to give prominence “to views that I just don’t agree with and are not scientifically based”.

Mr Kelly has also shared articles that suggest hydroxychloroquine, an anti-malaria drug, could be effective in treating the virus - a claim disputed by the World Health Organization.

The prime minister has been heavily criticised by the Labor Party for not speaking out about Mr Kelly’s posts, including claims that Antifa was involved in the insurrection of the US Capitol.

“Craig Kelly has promoted conspiracy theories about the coronavirus, peddling dangerous comments about that and advice that it’s all a conspiracy, and now we have him justifying and seeking to make excuses for [the Capitol riots], and indeed just making comments that are just beyond belief,” Labor Leader Anthony Albanese said. It comes as research from the Australia Institute showed three in four Australians want Prime Minister Scott Morrison to publicly criticise Mr Kelly for spreading “misinformation about the COVID-19 pandemic on social media”.

The Feed reached out to the PM for comment but did not hear back before deadline.

When asked if he’d condemn “conspiracy theories” by members of his own government” in January, Mr Morrison said: “Australia is a free country”. 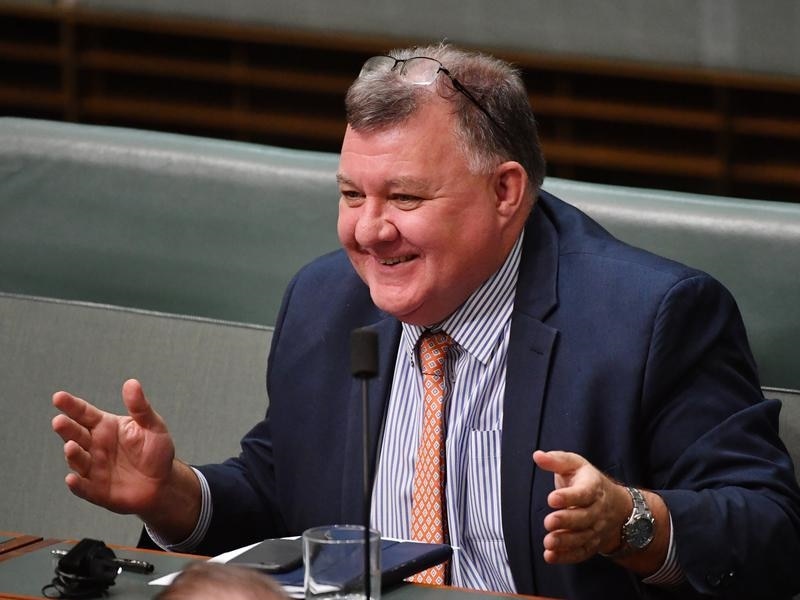 “There’s such a thing as freedom of speech in this country and that will continue,” he replied.

Last August, when questioned about the same issue, the PM replied: “I’m not going to get onto what people talk about on Facebook on a day like this.”

Deputy Prime Minister, Michael McCormack, and Health Minister, Greg Hunt, have also been hesitant to denounce the Member for Hughes. Presenter Michael Rowland asked the premier if Mr Morrison should “pull him into line”, to which Ms Berejiklian replied: “Look, I just focus on what I need to focus on... My view is all of us should always follow all of the health advice.”

Neither the PM nor the Premier want to call out Lib MP Craig Kelly on this.

Mr Kelly rejected the idea that he’s posted misleading claims about COVID-19 and said all he’s been doing “is posting the opinions of highly credentialed medical professionals around the world."

He told The Feed he believes doctors should be allowed to prescribe drugs like hydroxychloroquine to patients and that everyone should be able to decide whether they wish to take a vaccine.

“On my individual circumstances, where we have zero community infections in Australia, I can't see the need for myself, personally, to need to take the vaccination,” he said.

So, what do experts say?

Professor Andrew McLachlan is the Head of School and Dean of Pharmacy at the University of Sydney. He said the jury is out on hydroxychloroquine being an effective treatment for COVID-19 but clinical trials are still ongoing for ivermectin.

“To say that [ivermectin] is an effective treatment and we’re neglecting it is a bit unfair because at the moment, there are clinical trials that are being done to evaluate it,” Professor  McLachlan said. “Things that are published, it doesn't necessarily mean they're relevant, or correct,” he said. 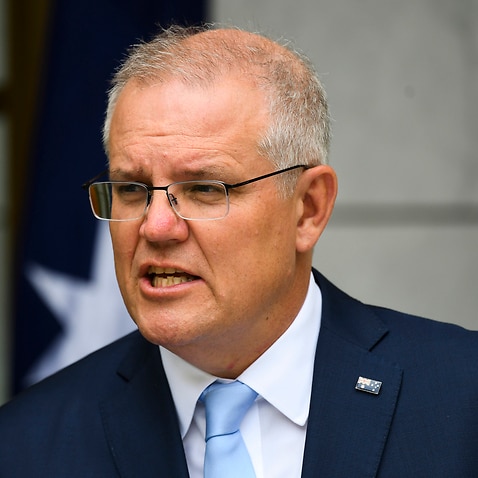 He said despite the fact that Australia has had zero local cases of COVID-19 for over a week, vaccinations remain the most effective strategy in keeping on top of the virus.

“We've had a number of second and third waves that have come out due to one case coming in from overseas and then spreading from there, so you can see how vulnerable communities might be if they do not have the protection of vaccination.”

Professor McLachlan said Mr Kelly had “failed to understand all the careful procedures and expertise” of the National COVID-19 Taskforce.

“I do find that, obviously, a challenge when a senior official is really taking on a group of Australia's best, who came together in a short order to provide these living guidelines to update and evaluate evidence critically in a balanced way to guide treatment.”

“That confusion [caused by sharing inconclusive studies] may lead to people not getting the treatments that will really help them and help the community.”