Young people are more likely to invest in cryptocurrencies than baby boomers, but what should they know about digital currencies before buying in? The Feed asks two experts.

Billionaire Elon Musk has generated insane hype around cryptocurrency, firing off regular tweets supporting Bitcoin and Dogecoin. And it seems like young people are listening.

According to a recent survey by Finder, a fifth of the 1000 people surveyed either own or plan to buy cryptocurrency by the end of the year.

The survey also found that millennials are 11 times more likely to invest in cryptocurrencies than baby boomers.

But what should soon-to-be investors consider before making the jump? The Feed spoke with some experts to find out. Cryptocurrency is a digital asset that uses a blockchain recording system to distribute information to computers across the world, according to Chris Berg, senior research fellow at the RMIT Blockchain Innovation Hub, School of Economics, Finance and Marketing.

“A big difference between cryptocurrencies and most assets is that they don't rely on a single authority to say print the money and in the case of Australian dollars,  don't require centralised share registries,” Dr Berg said. 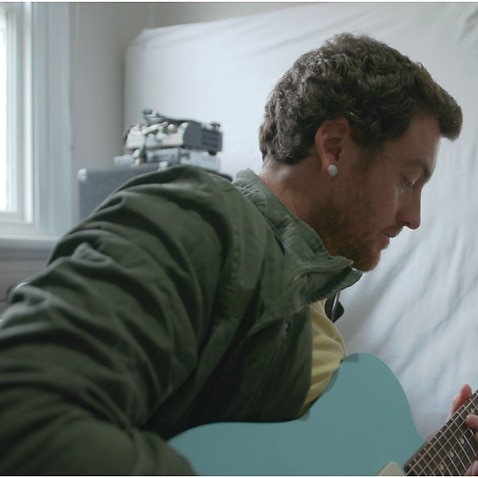 Like many young Aussies, Nathan withdrew half of his super during the pandemic

There are thousands of available cryptocurrencies, with some of the most popular being Bitcoin, Ethereum, Ripple and Dogecoin.

David Morrison is an Associate Professor at the University of Queensland’s School of Law.

Dr Morrison said he believes increased interest in cryptocurrency is down to people wanting to make “a quick dollar.” He said investing in digital currencies is “completely different” to buying shares.

“ASX listed shares have a market value that is determined based on the business and all known information about the share,” Dr Morrison said.

Unlike digital currencies, shares allow a small investor to invest in an index fund and get the return of the share market with a small holding.

“They use money to buy their interest and they can sell their interest or part of it in the market for a market price that will never be zero,” he added.

“It’s an interesting and exciting new financial technology. So to the extent that younger investors are more technologically illiterate, it makes sense that they will be attracted to financial products that have technology right at the centre, rather than traditional stocks or bonds,” he said.

People are drawn to cryptocurrencies for their cultural currency as well as their financial value, Dr Berg said.

“A lot of people are investing in cryptocurrency, not because they think it's an investment or for their retirement, but also, because they're interested in buying a meme in the case of Dogecoin,” Dr Berg said.

SpaceX launching satellite Doge-1 to the moon next year

The cryptocurrency Dogecoin, which has a logo featuring the “Doge” meme of a Shiba Inu dog, has attracted incredible attention of late.

“It was established as a joke, almost as a satire or parody of Bitcoin and it should probably… be treated the same way,” Dr Berg said.

Dogecoin fell by more than a third after Elon Musk made light of the digital coin on Saturday Night Live, joking that the currency was “a hustle”.

But the cryptocurrency didn’t take long to bounce back after Musk announced that SpaceX will exclusively use Dogecoin to fund an upcoming satellite launch. ‘I haven’t made much money yet’

Lavender, 22, has investments in Polkadot, Dogecoin and Bitcoin.

“Educated buying has given good returns [with Polkadot] but hype buying [with Dogecoin] really comes down to luck and timing,” she told The Feed.

Lavender first invested in cryptocurrency in January when Doge’s value spiked but still hasn’t made a significant return on her investment.

“It’s technically up 96 per cent but I’ve bought and sold like four times so I think I’m still at a loss overall for it because I’ve sold a few times at a significant loss,” she said. Twenty-one-year-old Elizabeth also bought into Dogecoin when it skyrocketed earlier this year.

“I bought $100 worth of Doge at its peak and then immediately saw it drop,” she said.

“I had been thinking about buying crypto for a few months and thought it would be good to try buying a small amount before investing more. Doge was everywhere online so thought I’d give it a go.”

Elizabeth said she hasn’t bought any cryptocurrency recently but if she does, she’ll be investing in more “stable” currencies like Bitcoin or Ethereum.

“'I wanted to diversify my investments a bit so that's why I've been looking into crypto,” she said.

Scams and hackers: The risks of digital currencies

While it’s possible to make big money from cryptocurrency, there are also significant risks with investing.

Dr Morrison said people should not invest in products that they do not understand.

“Buying something that has no inherent value is risky and anyone doing that ought to expect to lose their money, that is the most likely outcome.”.

“It is essentially gambling.” 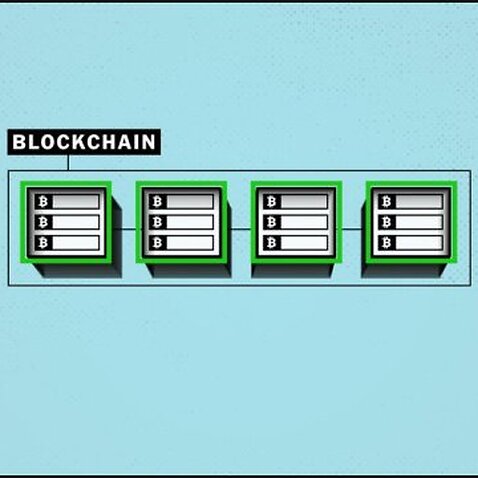 “Never put more money in a cryptocurrency that you are willing to lose,” he told The Feed.

Dr Berg said there are more credible cryptocurrency projects like Bitcoin but if you go down the rankings of cryptocurrency, they are some very “questionable products.”

“There are lots of meme coins that have no real existence other than to be part of pump and dump schemes, or just be produced as jokes,” he said.

“You’ve got to think about the technology that underlies these cryptocurrencies and whether you're buying it because you want to make a serious investment or because it's a funny thing to do that you can show your friends.”

Cryptocurrency is promising, but please invest with caution! https://t.co/A4kplcP8Vq

He also warned about the potential of being hacked. While there are different legal protections available for stocks and shares, there are almost none available to those investing in cryptocurrencies.

Dr Berg said his advice to those wanting to invest in cryptocurrency is to “do your research” rather than buying on a whim.

“Even when you do a lot of research, understand that these are highly technical, highly experimental protocols. Even with the best research, the best product or the best team, you can make mistakes.”

“It doesn't have to be a scam for it to go wrong.”