Speaking to the Regional Australia Institute on Wednesday, Mr McCormack encouraged young Australians to head to farms and claimed it was well-paid work.

"If you know somebody who might be on the coast who might be lounging around with a surfboard, tell them to come to the regions," Mr McCormack said.

"Tell them to bring their mobile with them, because it would be a great Instagram moment for them to get up the tree, pick some fruit, who knows they might take some friends with them, they might make new friends, they might meet the love of their life," he added.

"It's all out there in regional Australia!"

The comment did not go down well with some on social media.

What Mr McCormack “doesn't realise is that anyone picking fruit doesn't have time for a selfie because every piece of fruit counts when you're struggling to make enough money to exist,” one person tweeted.

“If a fruit grower saw you stopping for 1 second to take a selfie, you'd be out the gate the next second,” another person added.

While Greens Senator for Tasmania Nick McKim responded: “In my younger years I spent many seasons picking apples, pears, apricots, peaches, oranges and grapes in Tasmania and South Australia. I can tell McCormack that fruit picking is bloody hard work, with zero glamour involved.”

When my friend was fruit picking for her visa she did post incredibly engaging Instagram stories showing just exactly how many fucking pears she had to pick for a dollar and the state it left her body in so...yeah, I guess https://t.co/pRYP1MGiox

But what would federal politicians know about travelling for ages to a regional area just for a photo opportunity? https://t.co/d2AMCkongr

This country is run by the greatest minds in Australian history. We are lucky to have the highest grade of philosopher kings thoughtfully nudging the levers of power https://t.co/X6G5JWWMpj

Backpackers have complained of underpayment and exploitation on Australian farms for several years.

The Fair Work Ombudsman’s Harvest Trail Inquiry Report, released in 2018 discovered 2,500 workers were underpaid by $1 million in the picking industry.

“The Fair Work Ombudsman visited hundreds of horticulture businesses and found over half did not comply with workplace laws. Our inquiry highlighted unacceptable practices of underpaying workers in one of Australia’s largest rural industries,” Fair Work Ombudsman Sandra Parker said at the time.

New government measures will be announced next week that would allow JobSeeker recipients to earn up to $300 by working on a farm without experiencing a reduction in the welfare payment. 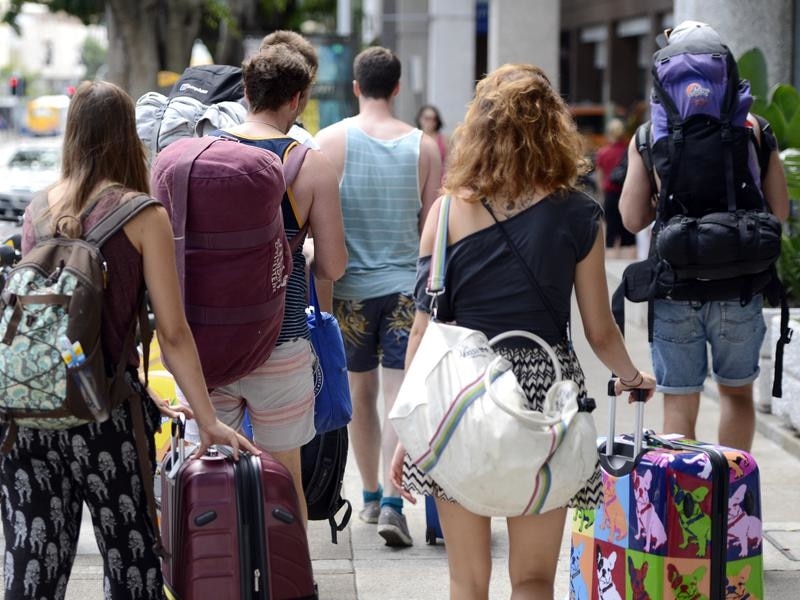 Farmers are struggling to recruit backpackers to work on their properties amid the coronavirus.
AAP

Farmers across Australia are currently facing shortages of labour as the borders remain closed for backpackers -- who’d normally head to farms to complete 88 days’ work to be granted a second working holiday visa.

One report estimated there was a shortage of 26,000 workers ahead of the upcoming harvests.

Minister for Agriculture David Littleproud claimed he picked watermelons and potatoes after leaving school. In July, he claimed Australians have “a real aversion” with picking fruit.

“Even when our social security payment for the dole was $550 a fortnight, we couldn't get people off the couch to go and pick fruit,” he said.

"We have, for some time, relied on an overseas workforce, and that means that we are going to have to work through measures to try and support that.”