Activists are rallying against the newly installed Employer Reporting Line, which allows employers to ‘dob in’ jobseekers who decline ‘suitable jobs’ or submit ‘inappropriate’ applications.

The Employer Reporting Line - dubbed ‘Dobseeker’ by its critics - is already copping backlash by activists and jobseekers, who say the hotline is “overly punitive”.

The hotline allows employers to report jobseekers for declining or voluntarily leaving a “suitable” job, demonstrating “misconduct” during a job interview, or failing to attend one, and submitting an “inappropriate” job application.

Minister for Employment Stuart Robert claimed there are Australians “who are happy to say no, we don’t want the jobs, you get someone in from overseas.”

"One of the reasons for the national employer line...is to say to Australians: 'You have a responsibility. You just can't sit on the JobSeeker payment and expect your neighbours to cover that lifestyle',” Mr Robert told The Today Show.

A new government Employment Hotline dubbed 'DobSeeker' is encouraging bosses to dob in people for rejecting work. Is this a good idea? #9Today pic.twitter.com/miSbqXz6Mi

Thirty-year-old Jay is currently on JobSeeker payments and feels the minister’s characterisations of those on welfare are unjustified.

“I don't eat three meals a day, I rarely go out. What kind of a lifestyle is that?” Jay told The Feed.

Jay works planting trees through a labour-hire company. He told The Feed his shifts are infrequent and half of his $750 fortnightly welfare payment goes towards rent.

Jay believes the unveiling of the hotline is “overkill” during a global pandemic.

“I don't know anyone that's turning down jobs or intentionally f**king up job interviews. Everyone that I know, all my friends, want or need a job.” Stuart Robert leaves after Question Time in the House of Representatives at Parliament House in Canberra, Tuesday, December 1, 2020.
AAP

Australian Unemployed Workers Union spokesperson Kristin O'Connell feels there is no need for the hotline, considering the “infinitely small” number of people who turn down work.

From January to June 2020, 114 of over 1.1million people across Jobactive and Disability Employment Services Programs received financial penalties for work refusal, according to data from the Employment Research and Statistics.

Ms O’Connell said her greatest concern is that jobseekers who may be eligible to decline work under the rules won’t know their rights.

She claims she’s already heard from a person who was offered a cashier job in a supermarket and later found out it involved shelf stacking.

“They have a back injury and said they couldn’t do the work and the employer said they’d report them on the Dobseeker line,” she told The Feed. The hotline was announced in February alongside a tightening of mutual obligations, with jobseekers now having to apply for 20 jobs a month - up from the previous 15.

“It’s also going to create an opportunity for bosses who bully and threaten people, bosses who engage in sexual assault and harassment, to further threaten people's unemployment payments, if they don't continue to stay in those environments.”

Responding to these claims, a spokesperson for the minister said, “the bottom line is all job seekers continue to have rights under social security laws and this hotline does not change that.”

70,700 jobs were added over the month and the unemployment rate decreased to 5.6%, exceeding all market expectations. pic.twitter.com/C1u7iOSCtw

The spokesperson stressed that work is not considered suitable and may be refused if it does not meet legal wage or health and safety requirements, involves an unreasonably long commute or requires relocating residence.

They added, “work may also be refused if it aggravates an illness, injury or disability of the person, requires skills the person does not have (and no training will be provided) or if appropriate care is not available for the person’s children.”

Ms O’Connell said the announcement of the hotline has seen a surge in the anxiety of jobseekers.

“I had someone commenting yesterday that they have autism and they’ve already been reprimanded for so-called inappropriate behaviour in a job interview, which is one of the things employers can report for,” she said.

“Some people are really worried they're going to be penalised for supposedly not dressing appropriately when living on half the poverty line means they actually can't afford to buy nicer clothes, or to wear makeup or to have a new haircut.” The spokesperson for the minister said safeguards have been built into the hotline to help “businesses get people into work.”

They said these safeguards include verification that the report relates to a jobseeker with mutual obligations, as well as initial checks on the advertised role and business.

Hotline staff will also be required to conduct an initial verification of the advertised role and business — including checks that the vacancy meets the legal requirements (for example, in relation to pay rates) — on receipt of the call.

The spokesperson added, “If there is doubt about the legitimacy of the employer’s report, further investigation regarding the job seeker will cease and a referral to the relevant authorities — such as the Fair Work Ombudsman — will occur, as appropriate.” 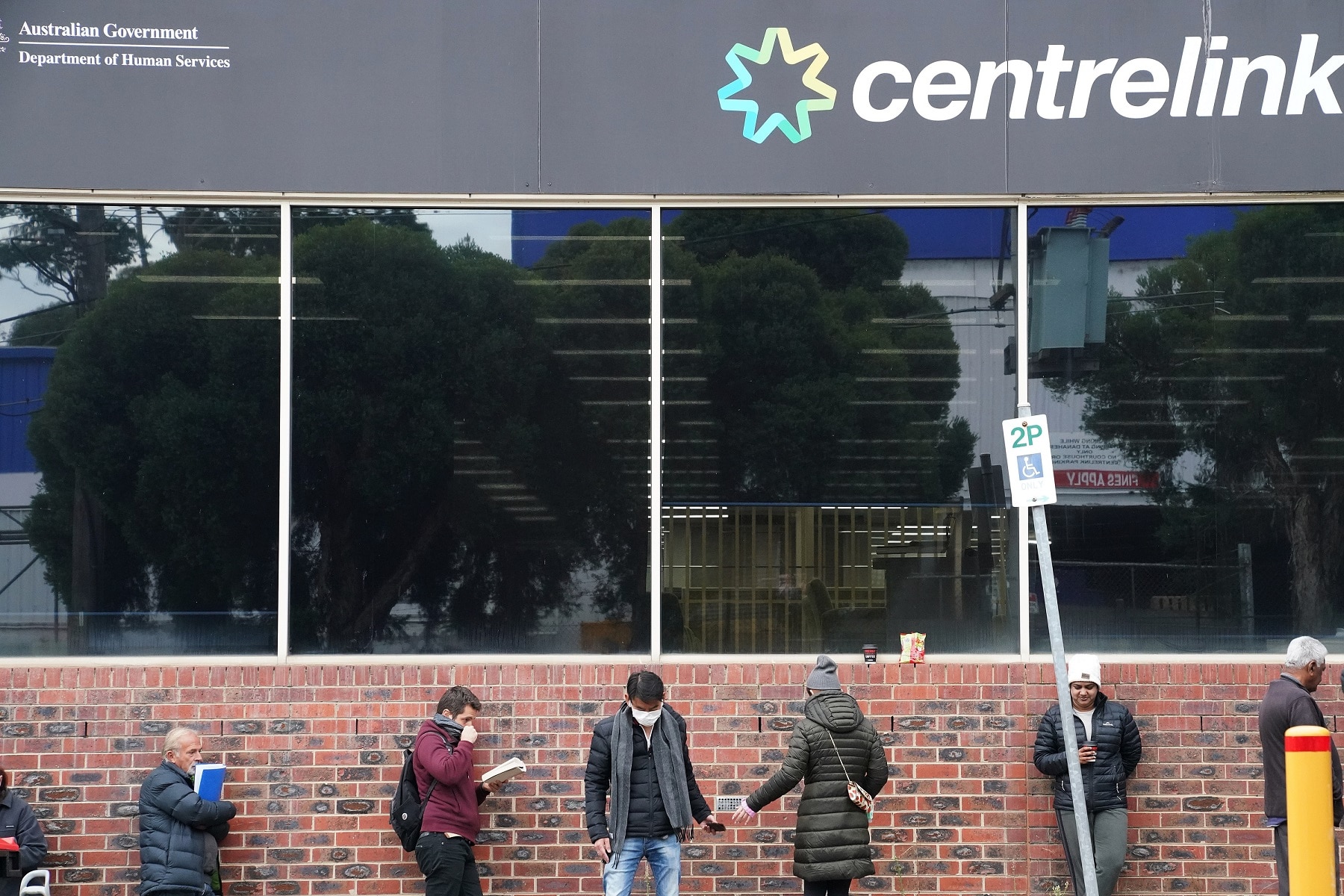 People queueing outside a Centrelink office in Melbourne.
AAP

They emphasised “it’s not a one-way street” and that jobseekers can raise issues they may have with an employer with their provider, the Department's National Customer Service Line, or with the Fair Work Ombudsman.

But for Jay, the hotline serves to “demonise” the unemployed.

“I'm educated, I've got tons of work experience, and I can't get a job, and I don't have any savings,” he told The Feed.

“It just gives me no real hope and no real prospect for the future.”