An egg catapulted him into the public eye, now Will Connolly is not letting his voice to go to waste.

Will Connolly’s life changed in March of this year. His impulsive decision to egg Fraser Anning in reaction to his much criticised Christchurch shooting statement turned him into the internationally renowned ‘Eggboy’.

Connolly’s protest attracted overwhelming support (especially after he donated $100,000 in GoFundMe money to victims of the shooting) but his actions have not been without their detractors.

“Watching it in the media, even if it's overwhelmingly positive, you still feel like you have no control,” Connolly told The Feed’s Marc Fennell.

“To cope I had to stay in routine. It's basic but it works, I had to eat well, I had to sleep well.”

Many have condemned Connolly’s actions as party of the slippery slope that leads to violence against elected officials - it’s a hypothesis that he fiercely rejects.

What I did didn't come from a violent place, if I wanted to hit him I could have hit him in the head with a baseball.

While he admits that violence is never the answer, he doesn't regret what he did.

“I had one lady, who was a victim and she knew someone that was killed, she said, ‘watching your footage is the first time I've smiled since the incident,’” Connolly said.

“So, all the positive that's come out of it, that kind of outweighs the ‘You shouldn't throw eggs at people.’”

Instead of wasting time trying to fight against the trolls, Connolly is channelling his new-found fame for good, speaking out for climate action, pill testing and homelessness.

Connolly has a platform now (500,000+ Instagram followers and counting) and he doesn't intend on wasting it.

I gotta be honest with you, I never did have hope for the future of Australia. I honestly never did.

“After it happened, the massive negative was the extra pressure on what to do next but the best thing about this is that I get the best version of everyone.”

“It’s a really good feeling and I've never been more excited for the future,” Connolly said.

Despite the massive amount of attention - both supportive and critical - he stands by his message.

"The best way to put it is, if I saw [Anning] on the street tomorrow I'd probably just give him a cheeky smile,” he said.

“But, if I had a time machine and it took me back to that same day I would 100 per cent do it again.” 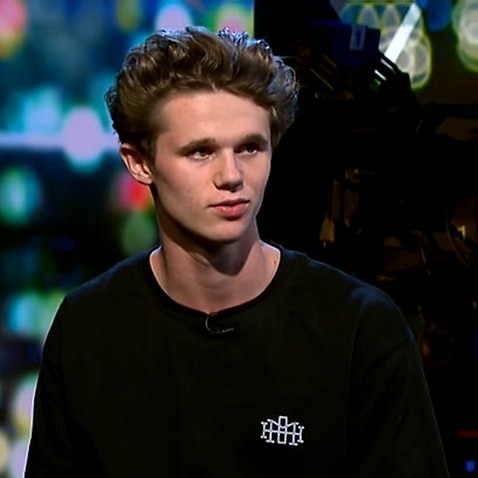