Billionaires are driving the space race, and none are more ambitious than SpaceX founder Elon Musk. But even if manned rocketships make it to Mars, the ethical and legal questions surrounding his dream also present unexplored territory.

If SpaceX founder Elon Musk gets his way, he’ll have humans on Mars by 2026. His big dream, though, is to establish a self-sustaining ‘colony’, distinct from Earth and with a population of one million people.

It’s extravagant, but as we speak Mr Musk is developing 'Starships' to get 100 humans with cargo to the Red Planet.

"We don't want to be one of those single planet species; we want to be a multi-planet species, " Mr Musk said in April after one of his rockets carried four astronauts into space.

Sure, scientists and even SpaceX admit there's a long way to go until we can establish a colony, and at least a handful more years before we step onto the planet. But the possibility seems to have slid from our periphery into our line of sight.

What do space ethicists say?

New possibilities mean new ethical questions. And there are a lot, said Dr Stephen Coleman, an Associate Professor of Ethics and Leadership in the School of Humanities and Social Sciences at the University of NSW, Canberra.

For example, can humans truly give informed consent to a one-way trip to Mars if they don’t know how they will die or how soon? What if it’s a horribly painful death? What if it’s within hours? As it stands, it would be about a seven-month journey to get there.

Is it ethical to send someone to explore Mars without knowing what effect it could have on their DNA? And if they return, what this might do to their children or others on Earth?

What if we significantly alter the Red Planet, and what if we permanently destroy our chance to live on Mars in the rush to lead the space race?

The consequences may well be earth-shattering.

In April, Mr Musk made headlines after sharing the truth, though not for the first time, about his dream: "A bunch of people probably will die" in the process.

Barefoot and smiling in the interview, Mr Musk said: "It’s dangerous. It's uncomfortable. It's a long journey, you might not come back alive - but it’s a glorious adventure and it will be an amazing experience."

Eventually sending “volunteers” to Mars to explore is ethical, said Dr Coleman. But when it’s a one-way trip, a line is crossed. He questions how informed consent can truly be given when humanity doesn’t yet know or understand the details of the dangers.

“He's just treating people as expendable and letting them risk their lives. He wouldn't care that it was completely unethical,” said Dr Coleman.

“I can imagine people with money like Elon Musk convincing others that it's all under control, that it’s a great idea.” 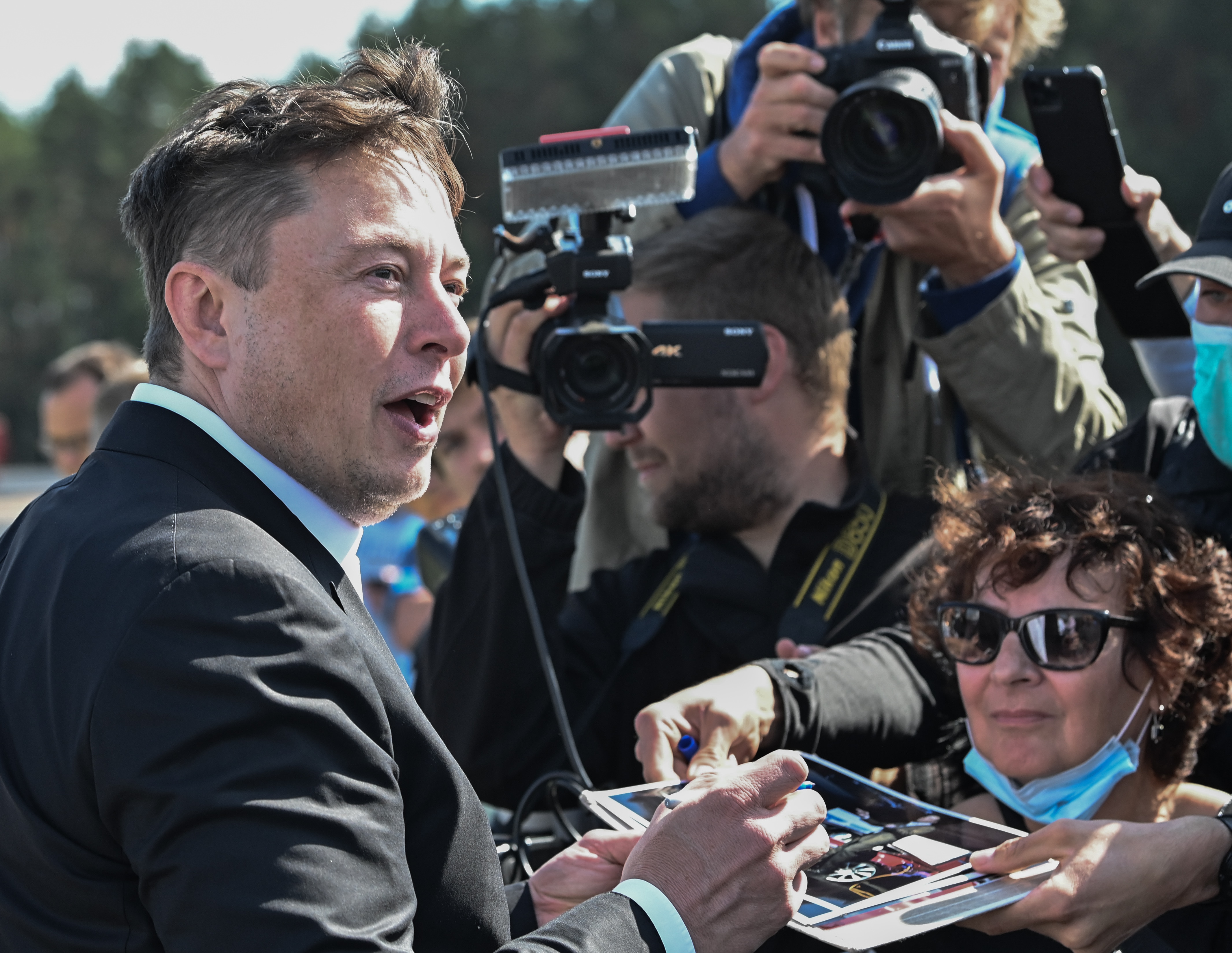 Billionaire Elon Musk signs autographs at the site of a Telsa factory.

Mr Musk is the billionaire entrepreneur who made his name, and money, co-founding trailblazing companies such as PayPal, Tesla, and SpaceX, among others. He’s been compared to Steve Jobs, and actor Robert Downey Jr allegedly modelled his portrayal of tech genius and playboy Tony Stark, aka Iron Man, on the 50-year-old.

This year, Mr Musk's SpaceX sent four tourists to orbit around Earth. They expect private astronauts to suit up and jet off above the atmosphere several times a year. It was also the year billionaires Jeff Bezos and Richard Branson sent themselves into space with their respective space companies. But Mr Musk stayed put. 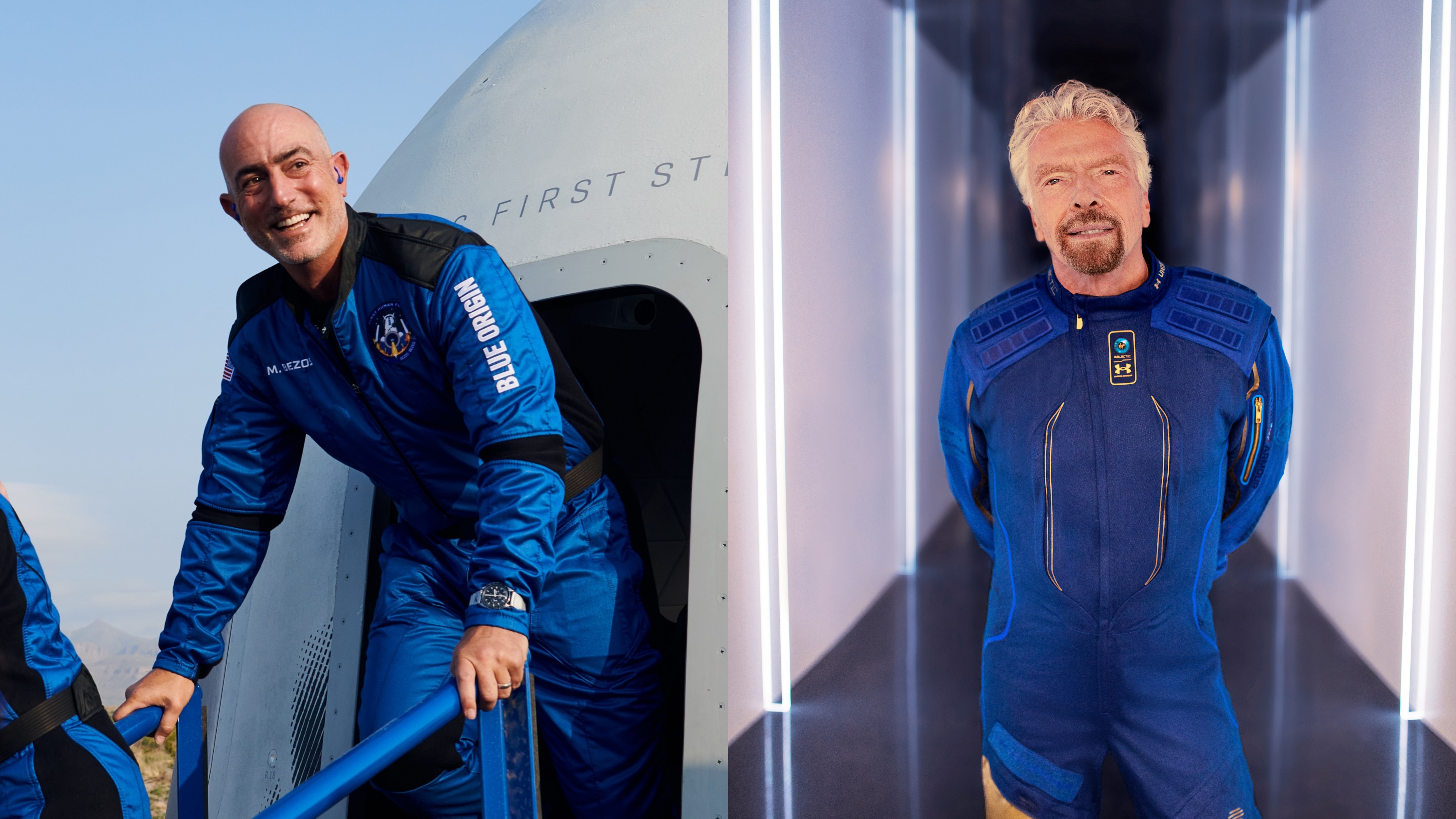 “I don't think there is any chance at all that he himself is going to end up living on Mars because that's way too risky and way too uncomfortable. He'll send other people to do it,” said Dr Coleman, adding it would only be a possibility in decades if the risk significantly reduced.

But even from Earth, is the world’s richest person the right one to be making these decisions?

Matt Beard, a moral philosopher with an interest in space ethics, said ­­it’s complex to speculate on Musk's character. What we can do, he said, is look to his prolific public activity - and Mr Beard calls it “reckless”.

“Some will say Elon Musk represents the best of us. But I think his recklessness, lack of self-discipline or restraint speak to his trustworthiness with a project like this,” said Mr Beard.

The billionaire has a history of Twitter spats and, just this week, called Democratic Senator Elizabeth Warren "Senator Karen" after she accused him of not paying tax. Last month, Mr Musk sold $6.9 billion worth of Tesla shares after a Twitter survey voted in favour of him offloading some stock.

Mr Beard said every "creative genius" required for innovation needs to be checked with a strong sense of ethical restraint. 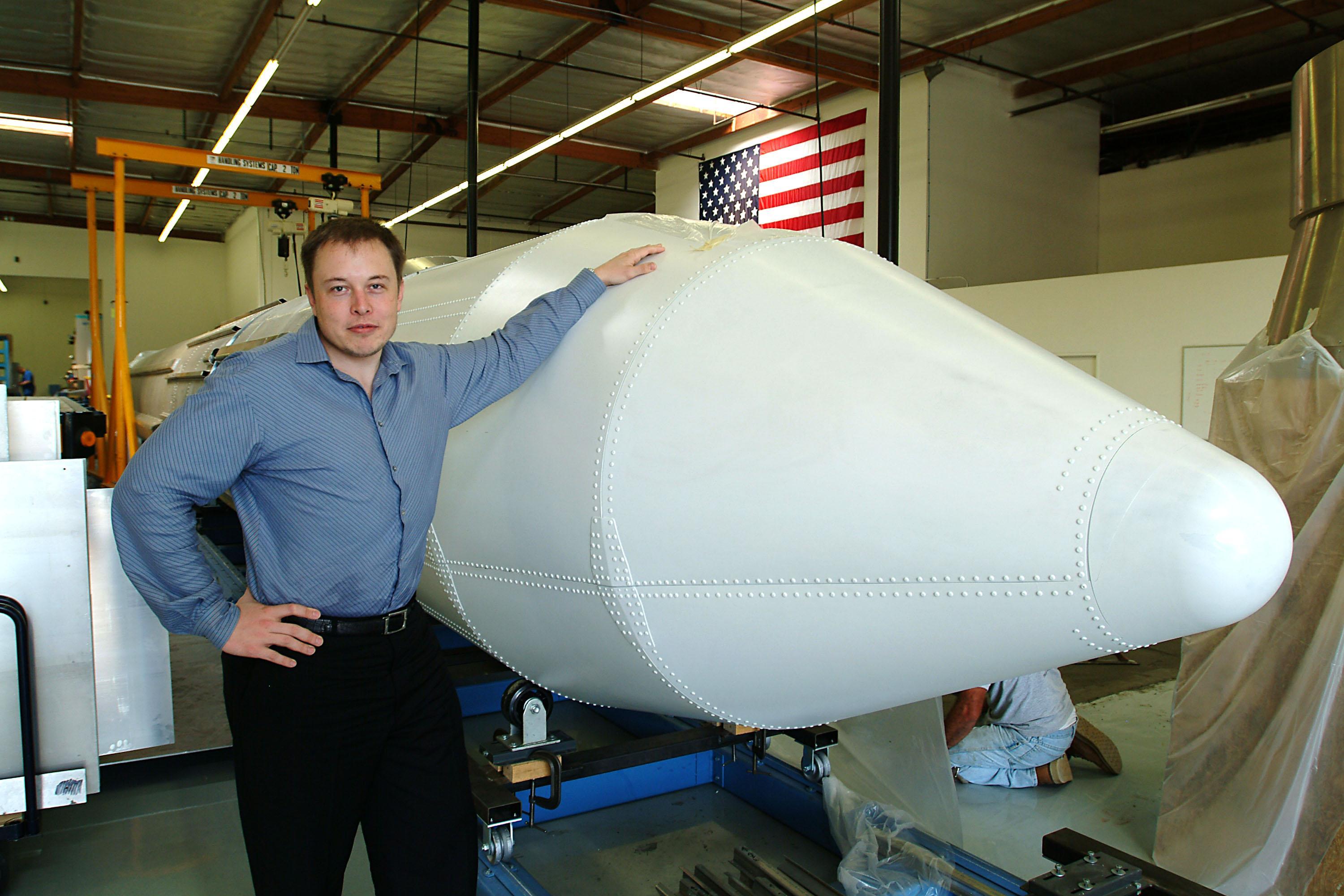 Elon Musk stands beside a rocket in 2004.
Archive Photos

Within the space industry, Dr Coleman said Mr Musk is known to “burn through people” he works with.

“It doesn’t appear he’s got a great reputation – let’s put it that way.”

In 2017, a day before the International Astronautical Congress in Adelaide, Dr Coleman said Mr Musk asked to be added to a program of a conference that had been organised “for years”. Consequently, speaking times of other leaders in the industry were cut to accommodate Mr Musk, he said.

“I have never seen anything to suggest that he doesn't think that he's the most important person in the world and that everybody should do what he thinks.

“He acts like he's presenting the Word of God, and everybody else needs to listen to him.” 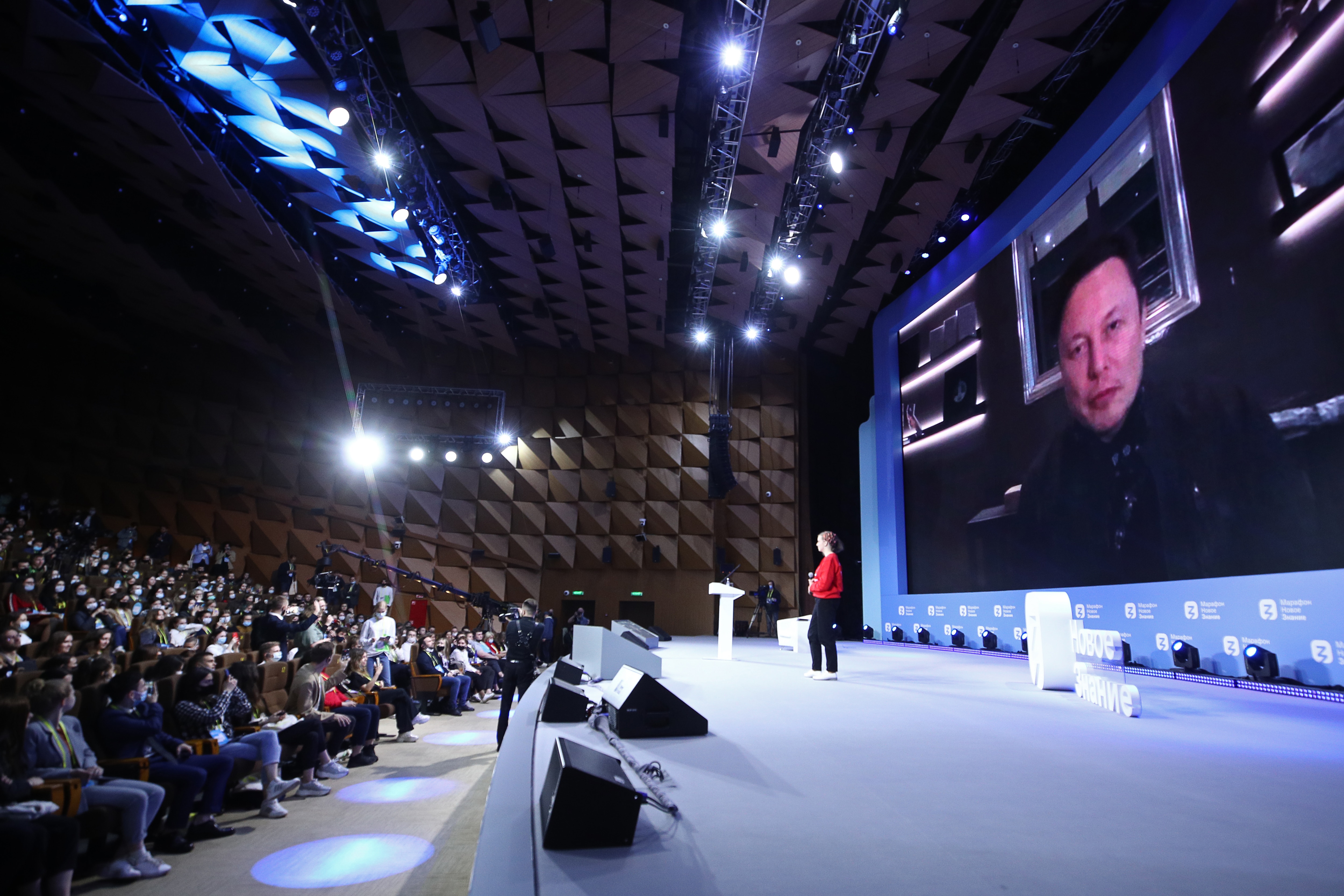 Elon Musk joins the New Knowledge forum via videolink in May, 2021.
TASS

Is it in the public interest?

Space exploration is what Mr Beard calls "leisure, research and development." Whether it is essential is debatable.

In April, NASA selected Mr Musk’s SpaceX for a $4 billion contract to work toward landing “commercial” humans on the moon. It's one in a list of contracts between government agencies and SpaceX that have been in the millions, if not billions.

When public money is directed into private corporations, particularly when they are controlled by a man worth $386.6 billion, Mr Beard said it needs to be clear how that money serves the public.

"With COVID vaccines, they were making pharmaceuticals a lot of money but there was a clear benefit to the public. It's not clear how colonising Mars is going to have the same flow back benefit."

Could Elon Musk legally be the 'supreme leader’ of his own colony on Mars?

The Outer Space Treaty, which is under the remit of the United Nations Office for Outer Space Affairs, came into effect in 1967. It is signed by almost all spacefaring nations and states that outer space is for humanity and cannot be claimed by nations. By extension, this applies to individuals.

Another crucial assumption in space law is that Earth law can be applied to other planets.

“Neither the US, nor SpaceX nor Elon Musk could own any part of Mars,” said Duncan Blake, a space lawyer, lecturer and senior research associate at UNSW Canberra.

However, Mr Blake said the International Space Station sets a precedent that nations could, instead, have jurisdictional control meaning Mr Musk could have a Mars station where his authority could derive from a nation, in this case, the United States.

But this would open visitation rights up to other nations and a list of other responsibilities. How multiple settlements could coexist, divide resources and decide who controls which zone is a problem humanity will face on the moon before Mars, Mr Blake adds.

"Even when a non-governmental entity operates in defiance of the national government," Mr Blake said. “There's a general expectation that if a national government is in a position to exert some control over space activity, they will do so."

Looking to SpaceX's global broadband project called Starlink, the terms of services suggest the application of Earth law might just be thrown out.

"For Services provided on Mars, or in transit to Mars via Starship or other spacecraft, the parties recognize Mars as a free planet and that no Earth-based government has authority or sovereignty over Martian activities," clause 10 reads.

"Accordingly, disputes will be settled through self-governing principles, established in good faith, at the time of Martian settlement."

This begs the question: if Earth-based governments have no authority, what or who does?

"Well, the answer is going to be Elon Musk is in charge," said Mr Blake.

If we are able to visit other stars one day, we may discover many long-dead single-planet civilizations.

Separately, he adds that it's almost understandable to write the clause in.

Whether Mr Musk should have all this power is a bigger question on how we govern ourselves as a species, Mr Blake said. But what he does know is this.

“To put it frankly, he gets shit done.”