In his only Australian filmed interview, Sigur Rós frontman Jónsi opens his heart to Patrick Abboud, sharing details of his personal life not yet heard.

At first glance, Jónsi appears to be painfully reserved. A man of few words, the Sigur Rós singer fits the bill as frontman of what some describe as “the strangest band in the world”.

“I like it, I love it. It’s nice to be strange,” he says in response to this label. “It’s nice when people can’t put a finger on you or describe you”

As awkward as his interviews can be, put him on a stage and Jónsi’s falsetto and musical mastery are unparalleled.

This year marks the 20th anniversary of the seminal Sigur Rós 1999 album ‘Ágætis byrjun’ which the band is celebrating by releasing a massive reissue including a 7-LP limited edition deluxe box set.

In the country with musical and personal partner Alex Somers performing their Riceboy Sleeps album live for the first time ever plus a new project ‘Liminal Soundbath’, Jónsi opened up to The Feed’s Patrick Abboud about his personal life and relationships for the first time in his 25 year career.

Coming out as gay when he was 21 - in a town in Iceland where he knew no one else that was gay - Jónsi professed to falling in love with straight friends which would inevitably lead to a crashing realisation.

I think you can channel that energy, that heartbreak and anger at the world into something creative and its part of the healing process.

Then in 2003, Jónsi met Somers, a successful visual artist and musician in his own right. The pair moved to Reykjavík together in 2005 and kicked off a professional partnership that has led to books, visual art and sublime music.

“I thought it was too good to be true. To be with someone that takes your breath away and is so incredibly beautiful, it’s amazing,” he shared. 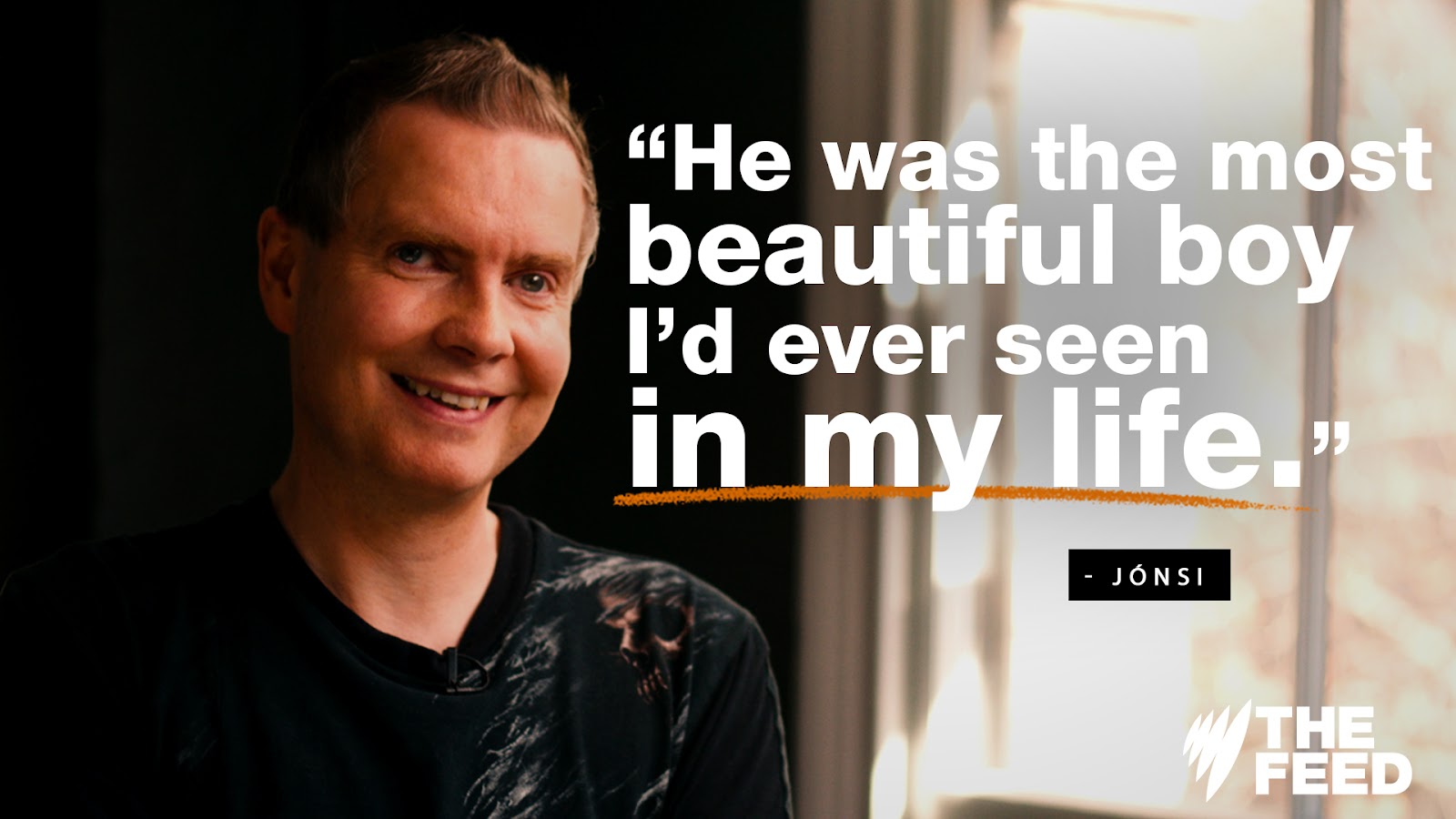 However, just as their music is so beautifully fleeting, Jónsi reveals that his and Somers’ relationship might be coming to an end.

“We might be maybe breaking up now… I don’t know, maybe I shouldn’t talk about that here. I haven’t told my family yet,” he confessed while avoiding eye contact.

The words appearing to be physically painful as the leave his mouth, Jónsi went on to lavish praise and respect for his long-term partner.

“I love him. He’s my best friend, we trust each other and support each other but the world is big and life is weird.” Concerned that such a radical personal change could lead to another musical ‘indefinite hiatus’ like the one in 2010, Abboud questioned if Jónsi has any plans to end Sigur Rós.

Cracking a welcome smile, Jónsi responded in a way that will allow millions of fans to breathe a sigh of relief.

Not content with dropping just one piece of huge news, the Icelandic singer also revealed that he’s got a bunch of collaborations in the works - including one with Swedish superstar Robyn (on his new solo album yet to be released).

“It’s going to be on the new album, it was really good. It’s full on like thump, thump, thump.”