The $1 billion-dollar cosmetic surgery industry has attracted unscrupulous operators out to make a quick buck – and the results are horrific.

Watch the full investigation above.

At a makeshift cosmetic surgery in a Melbourne apartment, a woman is getting anti-wrinkle injections. There are dirty syringes, bloody bandages and tissues in a wastepaper basket. A dog is on the sofa, and an IV drip is in the living room. Treatments are done in the bedroom.

The apartment is crowded with boxes of Schedule 4 drugs including Botox and dermal filler. These are drugs that require a registered doctor to prescribe and supervise their administration.

But the woman carrying out the procedures – from double eyelids to facial thread lifts – is not a doctor. She says she studied a Masters in Accounting.

This is just one of a growing number of underground cosmetic clinics operating in Australian cities. 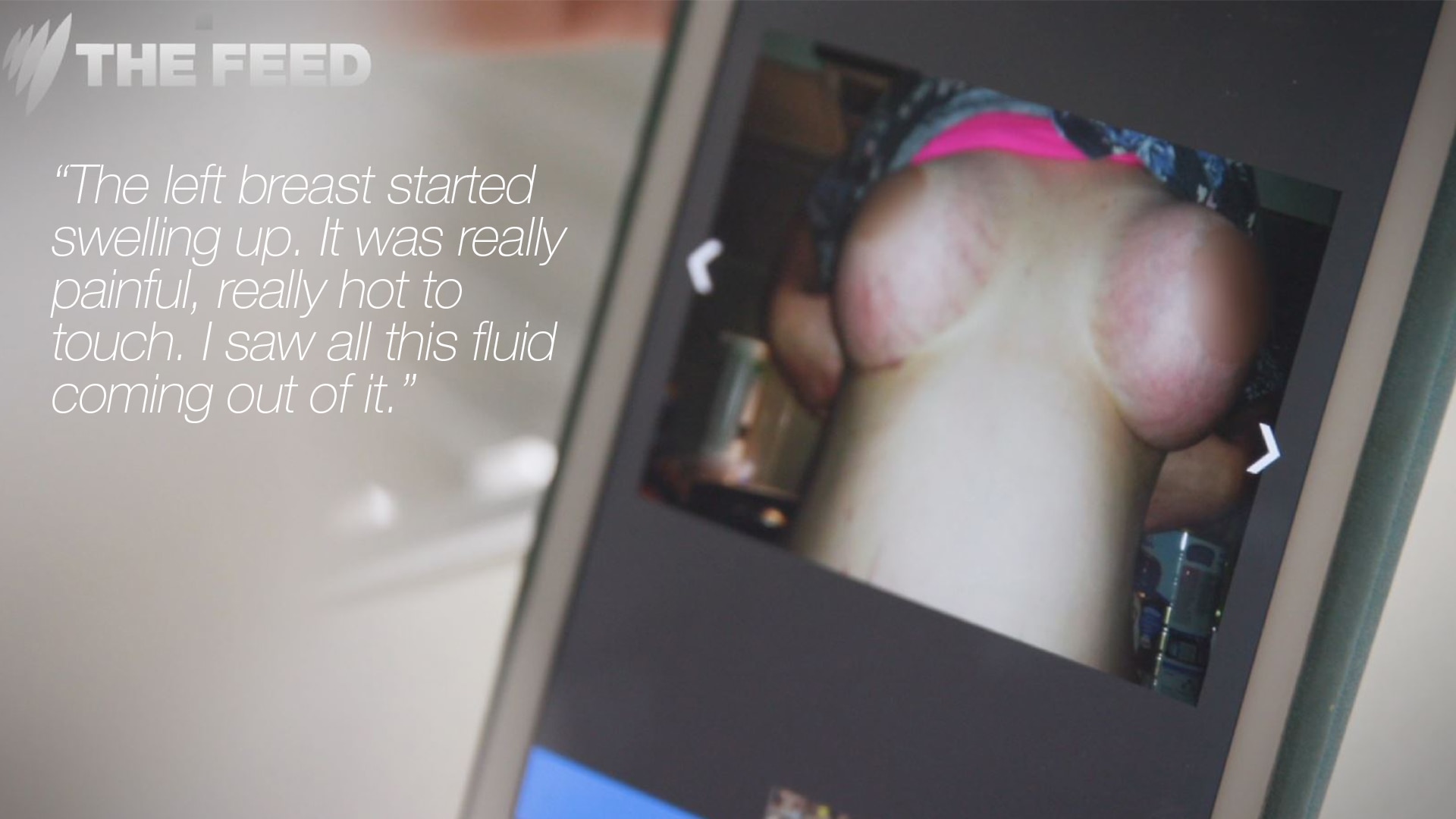 At another illegal clinic, the receptionist and practitioner describe how they import drugs in their luggage on international flights.

“Our Botox is from Korea. It can only be brought to Australia by person – if you post it, it will be confiscated. We can only get it through illegal channels.”

State and national health authorities have long been aware of these backyard beauty clinics. In the wake of a woman’s death after a procedure at the Medi Beauty salon in Sydney last August-September, NSW Health raided 10 clinics and seized drugs not approved for use in Australia.

To date, the clinic owners and drug suppliers have not been charged.

“In Central Park Apartments, Chippendale Sydney, there is a Chinese national [...] who is administering fake Botox and fillers,” reads one complaint sent to regulators in March 2016.

“These clinics are not owned or operated by doctors licensed for this purposed, plus the products are copies from China.”

Some illegal practitioners are going as far as pretending to be registered doctors. The Feed’s investigation has uncovered a woman operating out of a fancy office block in Melbourne’s CBD, who has been using fake certificates and credentials to assure potential clients. As well as injectables and eyelid surgery, she offers breast fillers – the same procedure that the woman at the Medi Beauty salon was undergoing when she went into cardiac arrest. 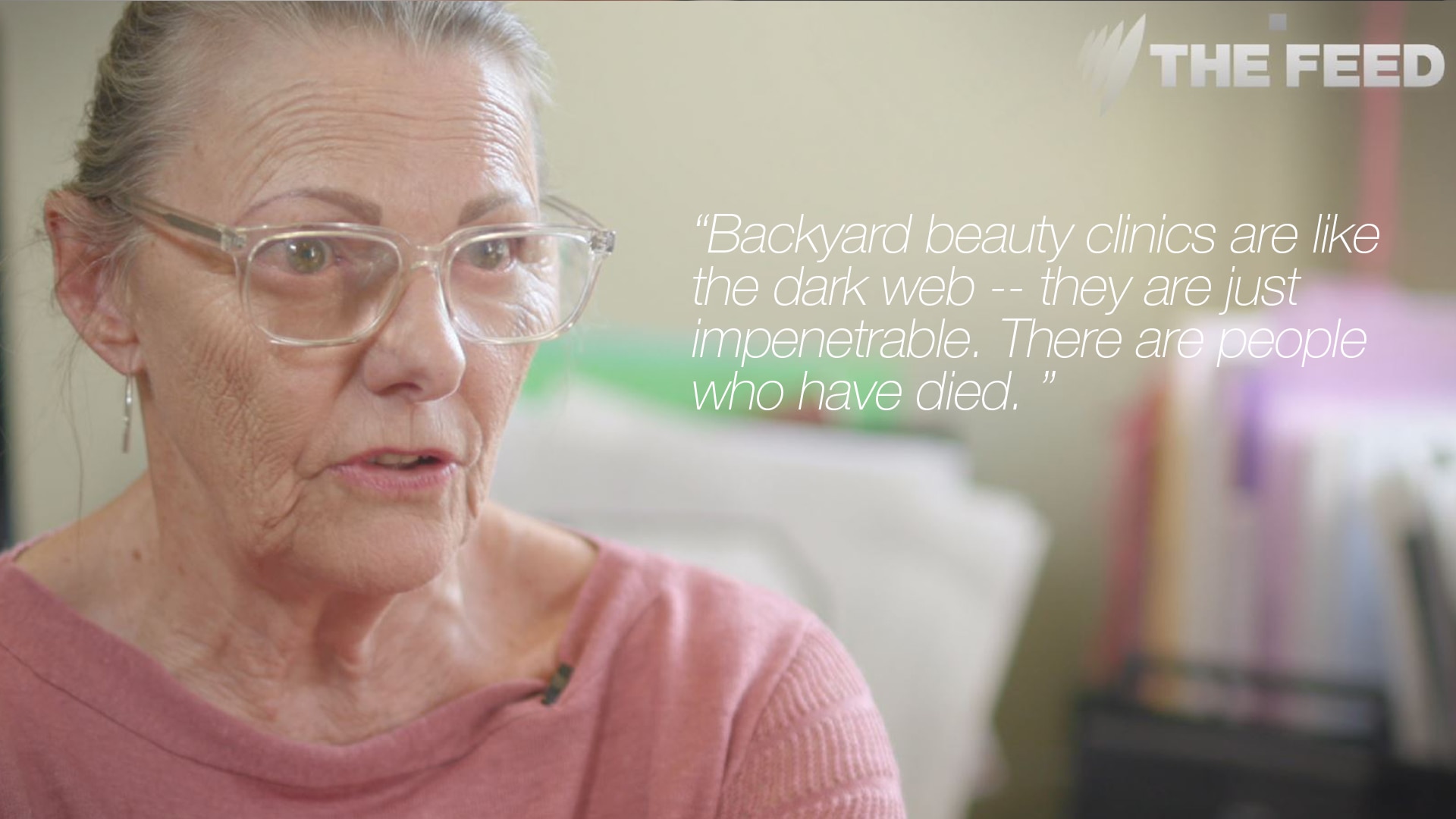 When approached by The Feed, this fake doctor said, “We just do micro surgery, it's not a surgery actually.”

The spread of backyard clinics is part of a broader regulatory problem also facing Australia’s legitimate cosmetic surgery industry. Currently, anyone registered as a medical practitioner – from your local GP to your dentist – can call themselves a “cosmetic surgeon”. It doesn’t matter how much surgical training they have.

“People are going to hospital from unqualified people undertaking procedures. There are people who have died,” says Merrilyn Walton, a former NSW Health Care Complaints Commissioner.

Back in 1999, Walton chaired a NSW Committee of Inquiry into cosmetic surgery that called for a credentialing council for cosmetic surgeons. This recommendation has still not been put into action.

Meanwhile, it’s left to consumers to recognise the qualified cosmetic surgeons from those who are operating outside their area of expertise.

“He had a website that made him look glowingly brilliant,” says Michelle Burgess, who underwent breast enlargement surgery with former western Sydney GP, Les Blackstock. Last year, Blackstock had his license suspended after complaints to the regulators.

“They’re doing an investigation on him currently. But it's a little bit too late for all those many women that have suffered at the hands of this particular doctor,” says Michelle.

Merrilyn Walton believes national regulators need to revisit the i dea of an independent credentialing body, or at the least, take steps to give consumers objective advice about the skill-level needed for a particular procedure.

This investigation was made possible with production and research support by Elly Duncan, Vicky Xiuzhong Xu, Min Luo and Lucy Lv