Trans women Kendall and Akashi are members of the LGBTQ+ ballroom scene and are raising money for their gender-affirming surgeries. They say the surgeries can cost tens of thousands of dollars but are necessary for their “survival”.

With the help of the ballroom community, trans women Kendall and Akashi are crowdfunding their gender-affirming surgeries.

They say the surgeries would be life-changing and are necessary for their “survival”.

Ballroom -- distinct from ballroom dancing -- is an LGBTQ+ subculture, which was created by trans African-Americans and Latin-Americans more than 50 years ago in New York.

In ballroom, participants ‘walk’ -- or ‘compete’ -- in various categories like face, runway and voguing, with ballroom combining performance, dance and modelling.

Kendall and Akashi are members of the House of Silky, a ballroom house that’s assisting with their crowdfunding effort. 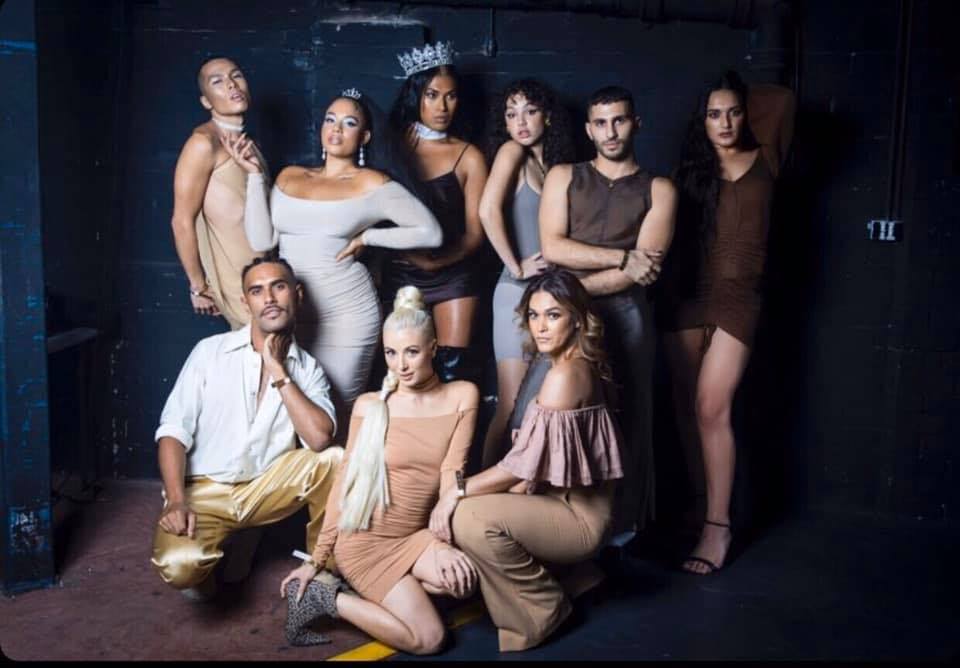 The House of Silky is a ballroom house that provides a safe space for trans people.
Supplied

Akashi says while she already feels “affirmed” about who she is, she’s motivated to undergo surgery for her personal safety and job security.

“If we lived in a perfect world, where I didn’t have to face discrimination, we wouldn’t need surgery,” she told The Feed.

Kendall and Akashi are New Zealand citizens, which means they can apply for Medicare after living in Australia for six months.

However, the procedures are not fully funded by Medicare. Kendall says this makes transitioning “extremely hard” and expensive. 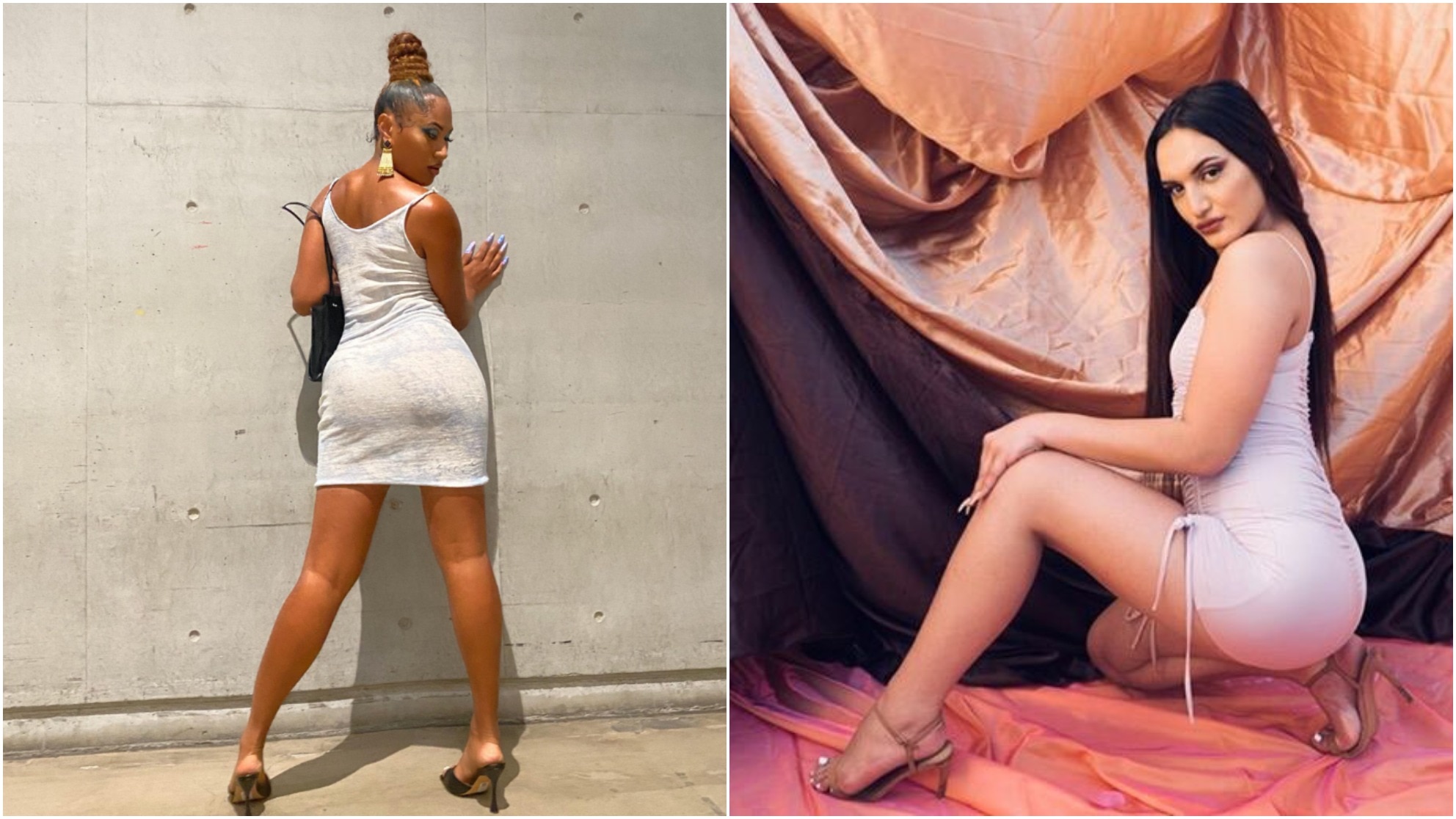 “GRS can consist of vaginoplasty, vulvoplasty, phalloplasty, metoidioplasty, and other more specialised or specific surgeries.”.

Mr Cook says Medicare “does not currently provide sufficient coverage” for these procedures and consultations.

Depending on the type of genital reconfiguration surgery, patients can typically expect out-of-pocket costs of between $8,000 - $80,000, according to Mr Cook. 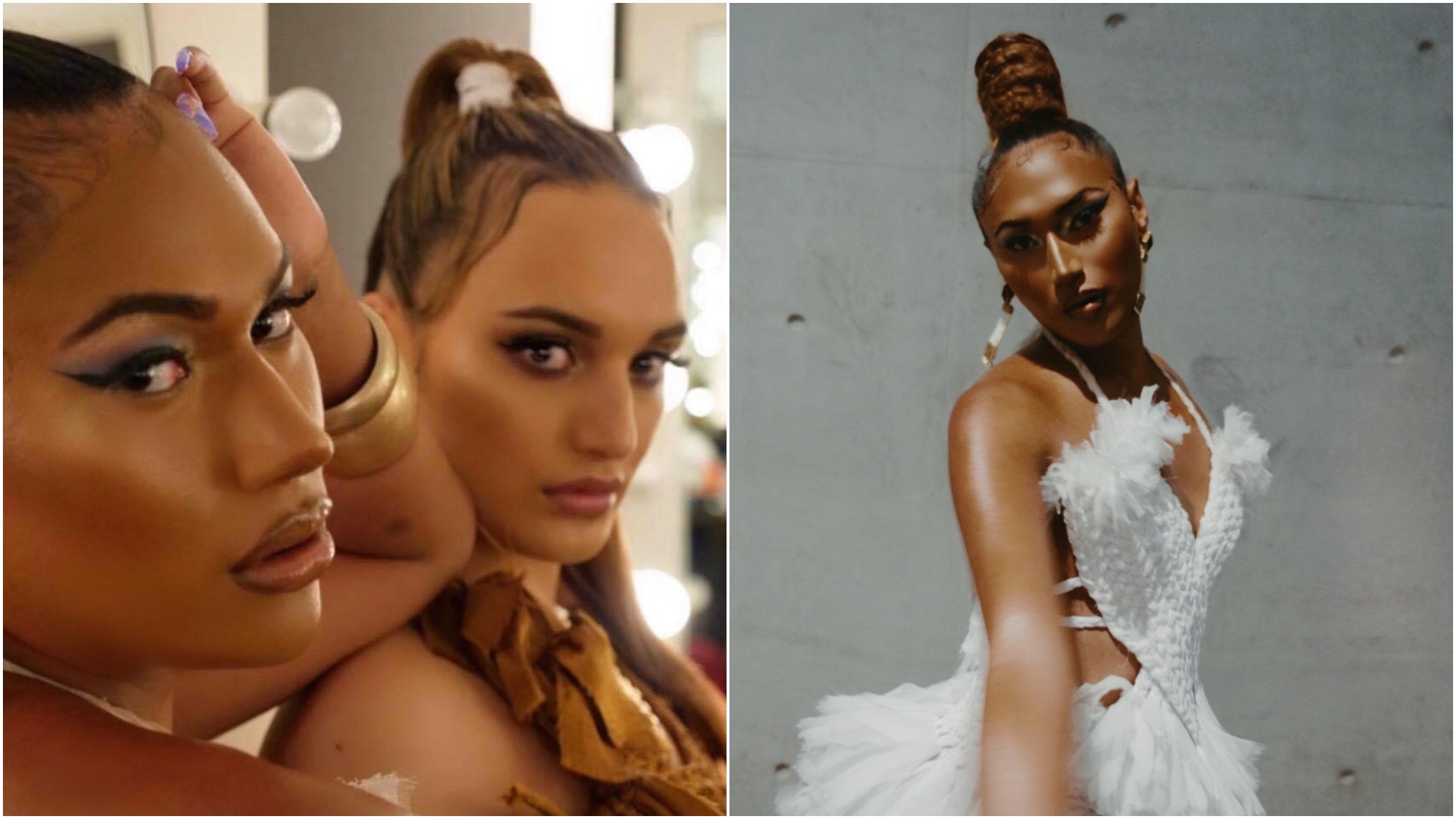 Kendall and Akashi say trans people are one of the most marginalised groups in society.
Alia Ardon

Kendall and Akashi both come from Polynesian backgrounds. Akashi says that in their culture asking for money is seen as shameful.

“We have the marker there like, if you want something, you have to get it yourself. But the difference is [trans people] are the most disenfranchised group within society,” Akashi told The Feed.

“It's important for us to look in the mirror and not feel like this whole thing is like a pipe dream.”

“Patients may also receive a Medicare rebate for specialist consultations... in the context of gender confirmation surgery,” the spokesperson said. 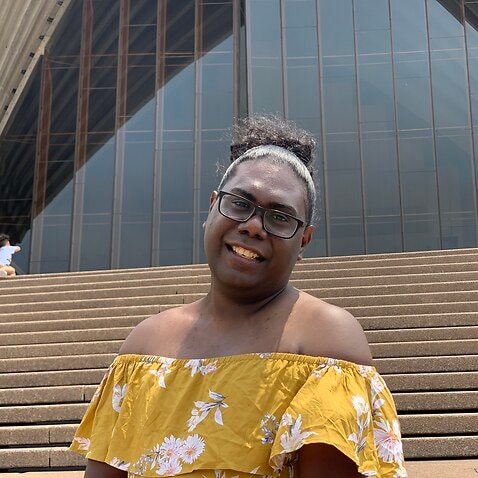 However, while gender affirmation surgery may be provided in public hospitals, the spokesperson said, “decisions about which procedures provided.. is a matter for each jurisdiction and individual hospital.”

“A patient is eligible for a Medicare rebate for any service listed on the Medical Benefits Schedule (MBS) if the treating practitioner has determined that the service is clinically relevant for the patient,” they added.

“A clinically relevant service is a service that is generally accepted in the medical profession as being necessary for the appropriate treatment of a patient.”

According to the spokesperson, if a patient’s doctor claims MBS items for surgery in hospital and the patient has the “appropriate level” of private health insurance, providers are required to pay the gap between the Medicare rebate and the schedule fee for the items billed.

“Health funds can pay more than 25 percent of the MBS fee, if the patient’s doctor is prepared to use ‘gap cover arrangements’,” the spokesperson added.

Kendall believes the surgery is critical and says she’s experienced discrimination for being trans and felt she had to quit her job because she “didn’t feel safe”.

“I have been threatened on the streets for being my authentic self,” she told The Feed.

“[Undergoing surgery] will give me the reassurance that I need to navigate myself within society and pursue my dreams and goals knowing I'm living my best life,” she said.

Mr Cook says medical gender affirmation is “life-saving” for many trans people but there are less than five surgeons in Australia who offer these surgeries.

“Currently, medical gender affirmation in Australia, be it access to puberty suppression, hormones, surgery or post-operative care, can be difficult to find, expensive and fraught with discrimination, stigma and rejection from care,” he said.

“It is trans people who fare worse when compared to many other at-risk and vulnerable groups, this is particularly so for Sistergirls and Brotherboys (Aboriginal trans people),” he added.

Members of ballroom houses generally adopt the role of ‘mother’, ‘father’, ‘sisters’ or ‘children’. Xander, the “father” of the House of Silky, believes society’s treatment of trans people is “hypocritical”.

“Society won’t give these girls jobs and trans women are the least employed people,” Xander told The Feed.

“They’re forced by society to get these surgeries so they don’t get bashed walking down the street but how are they meant to get the surgeries when society won’t even provide an opportunity to get a job so they can raise funds to do so,” he said. 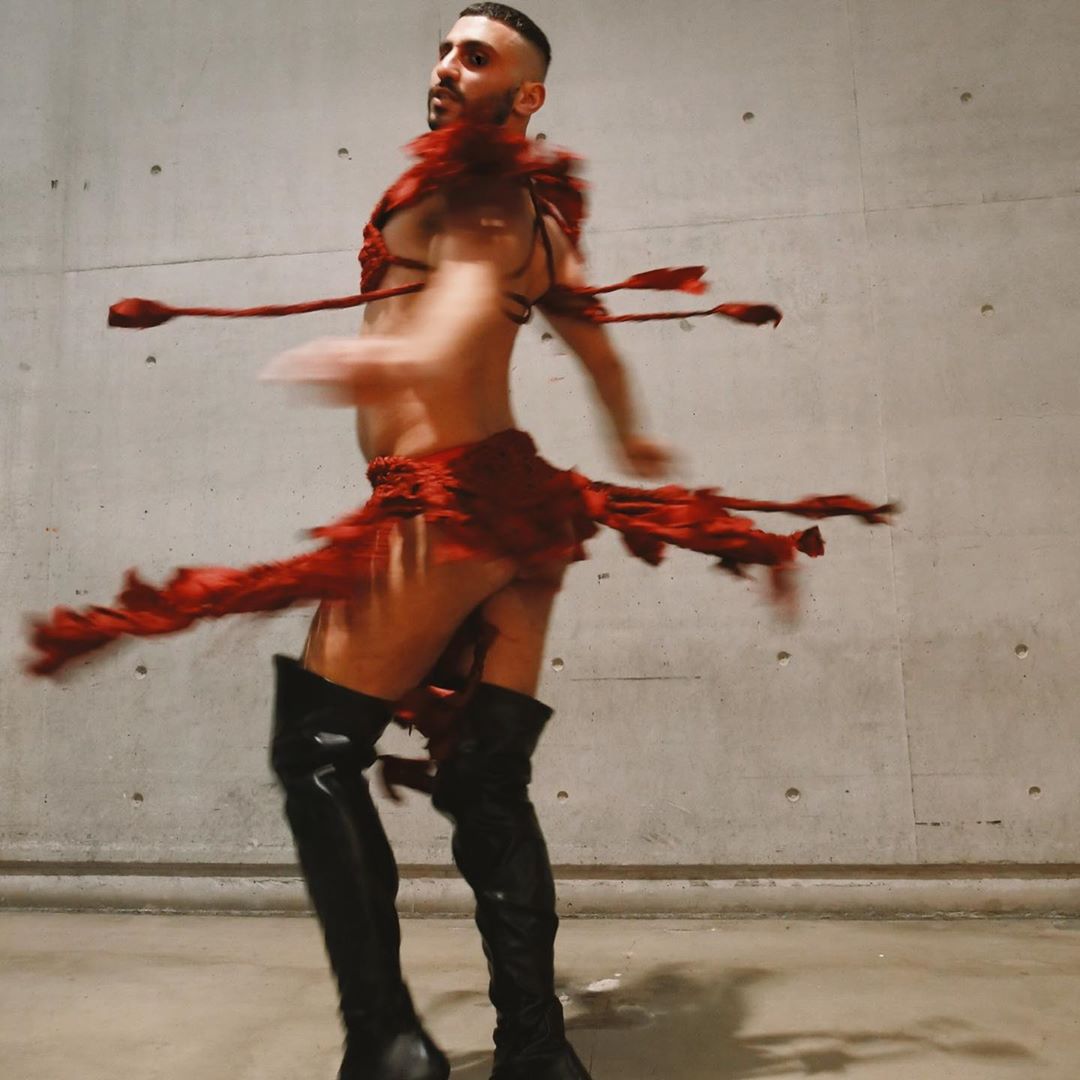 Xander is the "father" of the House of Silky.
Alia Ardon

Akashi entered ballroom at 19 years of age and said initially, it was a way to escape her reality and embody “what it meant to be a femme queen”.

She says “even within the LGBT community, there’s a hierarchy that exists which prioritises cis-gendered, heteronormative roles of gay men and lesbian women.”

But Akashi believes that in ballroom, trans people are revered and respected.

Xander also credits ballroom with providing him a place where he can be “100 percent” himself.

“The gay scene in Sydney was quite superficial. I was always too femme or too Arab or wasn’t muscly enough or too hairy. It was a very liberating thing, coming into this space,” he said. Ballroom is a very multicultural space. Akashi and Kendall both come from Polynesian backgrounds.
Supplied/Alia Ardon

Akashi and Kendall say they’re fortunate to have their family’s support but believe trans people of colour often struggle with being accepted by diverse communities.

“In LGBT Pacific spaces, there’s still a big dialogue around transphobia. Some parents don’t know about their kids coming to balls. Some [kids] don’t even get dressed back at home, they get dressed on the train or on the bus,” Akashi said.

“Sometimes trans women are out on the street and they have to cover their face and they look down at the ground because they’re not as confident,” Kendall added.

“Then they go to a ball and they’re seeing women who are confident. It inspires me a lot.”

As society becomes more equal and accepting of LGBTQ+ people, Akashi says we can no longer continue to “neglect” trans people.

“It’s about holding a mirror to society and saying ‘if you’re going to be about the whole advocacy thing, then you actually need to pull up’.”

“Trans women know what it’s like to work but sometimes, we need to swallow our pride and say ‘we need some help’ and that’s okay.”

To support Akashi and Kendall, you can donate to their GoFundMe.

TransHub is ACON’s platform for all trans people in NSW, their loved ones, allies and health providers.

More information is available at BeyondBlue.org.au and lifeline.org.au.