According to the government’s own explanatory notes, a doctor could tell a transgender patient that they believe God made men and women in his image, and that gender is therefore binary.

The revision was necessary in part because the first draft was so controversial -- it faced extensive criticism from human rights groups, religious groups and LGBTIQ groups alike.

One particularly controversial area of the original bill was the possible impact on medical services. The second draft of the Religious Discrimination Bill makes a few changes, but still allows medical professionals to treat patients very differently to the way they’re required to treat them now.

Here are a few examples of things your doctors, nurses and other health professionals may be legally allowed to do if the current draft of the law is passed.

A doctor could tell a transgender patient that they believe God made men and women in his image, and that gender is therefore binary.

Under the latest version of the religious freedom bill, a doctor (or any medical professional, actually) can tell a transgender patient that they believe men and women are made in God’s image, and therefore that gender is binary.

In fact, this is one of the examples the government itself included in the explanatory notes it released alongside the draft of the bill.

According to those explanatory notes, a “statement of belief” like this cannot be found to be discrimination, so long as a few conditions hold. For one, the statement must be a belief that the person actually holds, and one that another member of the same religion could reasonably consider to be in accordance with that religion. The statement must also be made in “good faith”, and can’t be malicious or harassing, or incite hatred.

The medical professional in question also can’t refuse to provide services to a transgender person based on the belief that gender is binary -- they’re pretty much just allowed to state their belief, then carry on as usual.

Here’s a key point, though: currently, statements like this are legally considered discrimination under existing state and federal laws. The proposed Religious Discrimination Bill would change that.

“Today, those statements would constitute discrimination, and tomorrow -- if this law is passed -- they wouldn’t,” Equality Australia legal director Ghassan Kassisieh told The Feed.

“This bill proposes to roll back those protections.”

A psychiatrist could tell a woman with depression that “she should be looking forward to the kingdom of heaven”.

The proposed laws appear to allow medical professionals to share other religious beliefs with patients, outside of gender identity.

The example above, of a psychiatrist telling a woman with depression that “she should be looking forward to the kingdom of heaven”, is something that actually happened in Sydney in 2012-2013. The doctor in question also told a woman who had experienced a miscarriage to “ask for God’s forgiveness for her son’s death”. 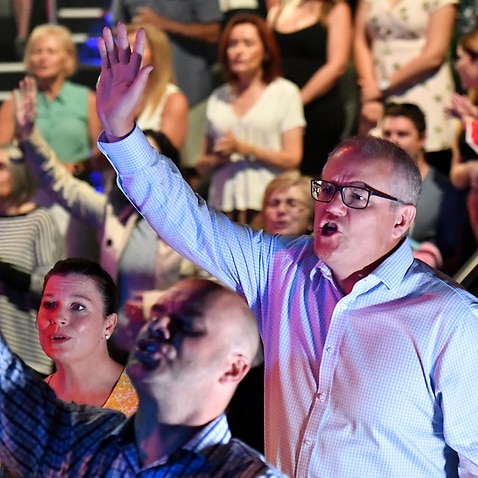 Certain medical professionals could refuse to provide a service like contraception, or hormone treatment for gender transition.

The current version of the Religious Discrimination Bill allows doctors, nurses, midwives, pharmacists and psychologists to conscientiously object to providing particular health services, if those services conflict with their religious beliefs.

Under the proposed laws, health practitioners can conscientiously object to any procedure on religious grounds, so long as it’s a procedure and not a person they’re objecting to.

Under the proposed laws, an employer or qualifying body (like a medical board) would not be able to restrict a health practitioner’s ability to conscientiously object to providing a certain health service, unless there would be an “unjustifiable adverse impact” on the patient.

Exactly what that means isn’t quite clear, according to Kassisieh, who pointed out that codes of conduct for health professionals currently do require that doctors help a patient or refer them to another doctor who can provide the service they need.

“What isn’t clear, and what’s open to challenge, is an obligation to refer,” Kassisieh told The Feed.

“It’s not clear when a professional body or an employer can say to a medical professional ‘you must provide this service’.”

In the bill’s explanatory notes, the government gives the example of a small rural town whose only doctor conscientiously objects to prescribing contraception. In this instance, this “may” amount to an “unjustifiable adverse impact”, as the women in that town “may be unable to access alternative healthcare promptly without significant travel and costs”.

Exactly how significant that travel and cost has to be before the doctor is obliged to help is unclear.

“How small does the community have to be, and how significant does the impact on the patient have to be, before the person who is qualified has to provide the service?,” Kassisieh said.

The Australian Medical Association raised questions about how conscientious objection would work when the first draft of the Religious Discrimination Bill was released.

In a submission, the AMA argued that it’s important that any new law strikes a “reasonable balance between a doctor’s right to conscientious objection and the right of patients to access health care”.

“In those circumstances where it is considered acceptable for a doctor to conscientiously object to providing a medical service, the doctor nonetheless has ethical and professional obligations to the patients directly affected by that decision which are not reflected in the draft legislation,” the organisation wrote at the time.

The latest draft of the Religious Discrimination Bill does not appear to address the concerns the AMA raised. An AMA spokesperson told The Feed that the organisation is still in the process of evaluating the second draft of the bill, and declined to comment.

If you’d also like to take a look at the current draft of the religious freedom bill, you can find it here along with instructions on how to submit your feedback. Submissions close on Friday 31 January, 2020.