Heritier Lumumba filed a lawsuit against Collingwood and the AFL on Wednesday in the Victorian Supreme Court, alleging he was subject to racial abuse from AFL players and employees at Collingwood.

Heritier Lumumba is suing his former club Collingwood and the AFL on the grounds of not being provided a “safe working environment free of racial abuse”.

The documents were filed in the Victorian Supreme Court on Wednesday, and they allege that Lumumba was on numerous occasions “subject to racial abuse or racially-offensive conduct” by AFL players and employees at Collingwood.

“Mr Lumumba’s experiences as an employee of the Collingwood Football Club are well-documented. He has instructed solicitors to represent him and to take steps to protect his legal rights. Mr Lumumba has no further comment at this time,” said Rhea Dhillon, Special Counsel at law firm Phi Finney McDonald.

Lumumba’s suit is alleging that the AFL “owed a duty” to him to take reasonable steps to prevent racial abuse between players, saying those steps would have included imposing sanctions on players for racial abuse.

“At no relevant time did the [AFL] take any or any sufficient steps to ensure [Lumumba] was not subjected to racial abuse or racially-offensive conduct,” the document reads.

“By reason of the matters set out above, [Lumumba] has suffered loss, damage, and injury including trauma, humiliation, distress, and loss of enjoyment.”

In June, The Feed reported that a further two former teammates Chris Dawes and Brent Macaffer recalled hearing Lumumba called the nickname ‘chimp’ during their time at Collingwood.

“The nickname ‘the chimp’ and stuff like that which absolutely I remember clearly like that was [his] nickname from whenever I got to the football club in 2006,” Brent Macaffer told The Feed.

And Chris Dawes told The Feed in June, “You mentioned the nickname ‘chimp’. I heard that a couple times.”

Lumumba alleges the nickname was given to him while he was playing at Collingwood, and at present, a total of six former teammates have publicly corroborated hearing it.

The Black Lives Matter movement prompted Lumumba to speak out about his experiences at Collingwood again, after the death of George Floyd in May.

Lumumba told The Feed back in June, in reference to Collingwood, “You use the ‘Black Lives Matter' hashtag, now you’ve entered the discussion. Let's talk about black lives. And let's talk about how it was clear that my black life didn't matter to you at the time that I was at the club.”

In response to Lumumba’s allegations, Collingwood announced in a public statement on June 22 they would be forming an integrity committee to investigate his claims.

After the announcement, Lumumba wasn’t convinced by the club’s investigation.

“Collingwood’s suggestion that it will ‘investigate’ itself after actively denying my story for 6 years is frankly insulting. Senior people in the club have known the truth this whole time and chose a cover-up over transparency,” Lumumba told The Feed. 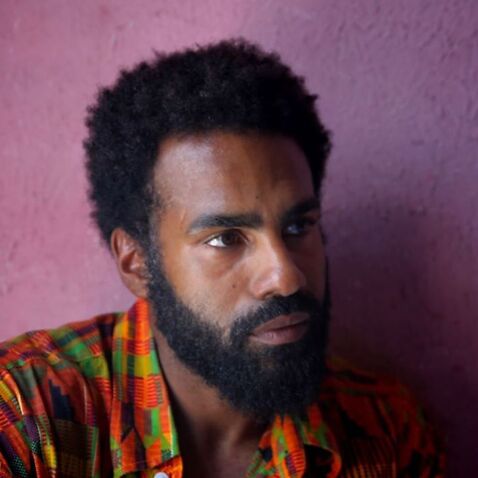 Heritier Lumumba: Did my black life matter to Collingwood?

On July 5, Collingwood announced the investigation would be broadened to review the club’s culture between 2005 to 2014. Eualeyai/Kamillaroi woman, Professor Larrisa Behrendt is leading the investigation.

The Feed approached both the Collingwood Football Club and the AFL for comment.