Millions of Hong Kong locals turned out to protest a controversial extradition law this week and they were joined online by some unexpected supporters.

In the days leading up to the landmark protests on June 9, popular pornographic video  sharing site ThisAV shut up shop displaying a message on their homepage that encouraged users to attend the “life or death” protests instead of “jerking off at home.” 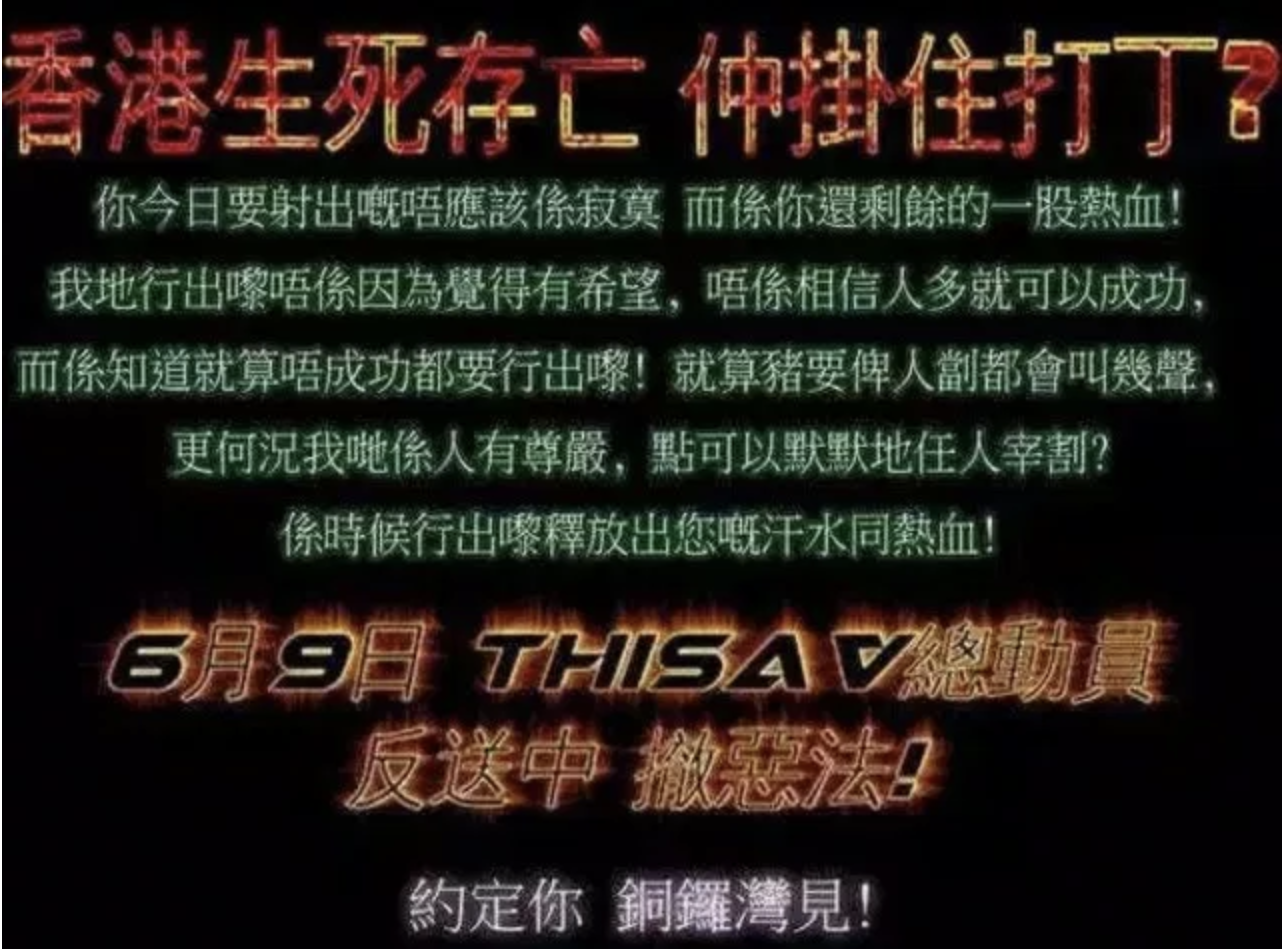 More than a million Hong Kong locals marched on June 9 in protest of an extradition bill that would allow suspects to be sent to mainland China for trial.

Protestors believed that the bill would allow China to encroach on their rights.

“We go onto the street not because we have hope or we think more people will make our action succeed,” the above screenshot reads.

“We know we need to do it no matter whether we shall succeed or not. Even a pig will scream before it is killed. Should we be killed but remain silent?”

It’s time for you to spill your sweat and blood.

The move has attracted attention locally, prompting ThisAV founder (who has not identified himself) to release a statement on twitter.

“I would like to thank the media for reporting on the way we encourage Hong Kong people to go to the streets, but please don't stop us as a conscience website,” the statement reads.

I only have a platform to publish and enlarge the majority of Hong Kong people.

Another pornographic site, AV01, followed suit days after the protest on June 11 - replacing their homepage with a passionate appeal. (This site  will be closed in Hong Kong on the night of June 11th.  If you are not happy with it, go to Hong Kong Legislative Council to get the answer before 11am on June 12th.)

“Do you want to live the rest of your life looking over your shoulder? There will be no more safe place or security,” proclaimed the landing page.

Twitter users have pointed out that it’s not the first time that the adult industry has stood behind protestors.

Tensions escalated in the following days when Hong Kong police fired rubber-coated bullets, water cannons and tear gas at a crowd of hundreds of thousands surrounding a government building.

Amidst a larger protest on June 15, Hong Kong chief executive Carrie Lim suspended the bill but stopped short of completely scrapping it.

Protestors are calling for the complete removal of the bill and for Lim to step down from her position.