Kate Miller-Heidke has been a stalwart of the Australian music scene for over a decade, but it was her breakout song that has become a valuable anti-bullying tool for Australian teachers.

Speaking to The Feed’s Patrick Abboud, Miller-Heidke has revealed more about the song’s origin, its emotional authenticity and its broad impact on Australian schools.

‘Caught In The Crowd’ follows the first person story of ‘James’ an outsider whom Kate befriends only to abandon him by giving into peer pressure.

“At my regular primary school I think I was a bit much a lot of people to take,” she said.

“I was never the bully but I was definitely bullied and I also saw other people being bullied, and didn't have the courage to to step in and then later regretted it.”

The song was a hit, garnering a Gold ARIA certification and taking home $25,000 as the grand prize winner of the International Songwriting Competition 2010.

Caught in the Crowd

Although it’s almost a decade old now, Miller-Heidke can still feel the song's healing powers in 2019.

“Every time I play a show now I still get someone coming and telling me that they were James in school,” she said. 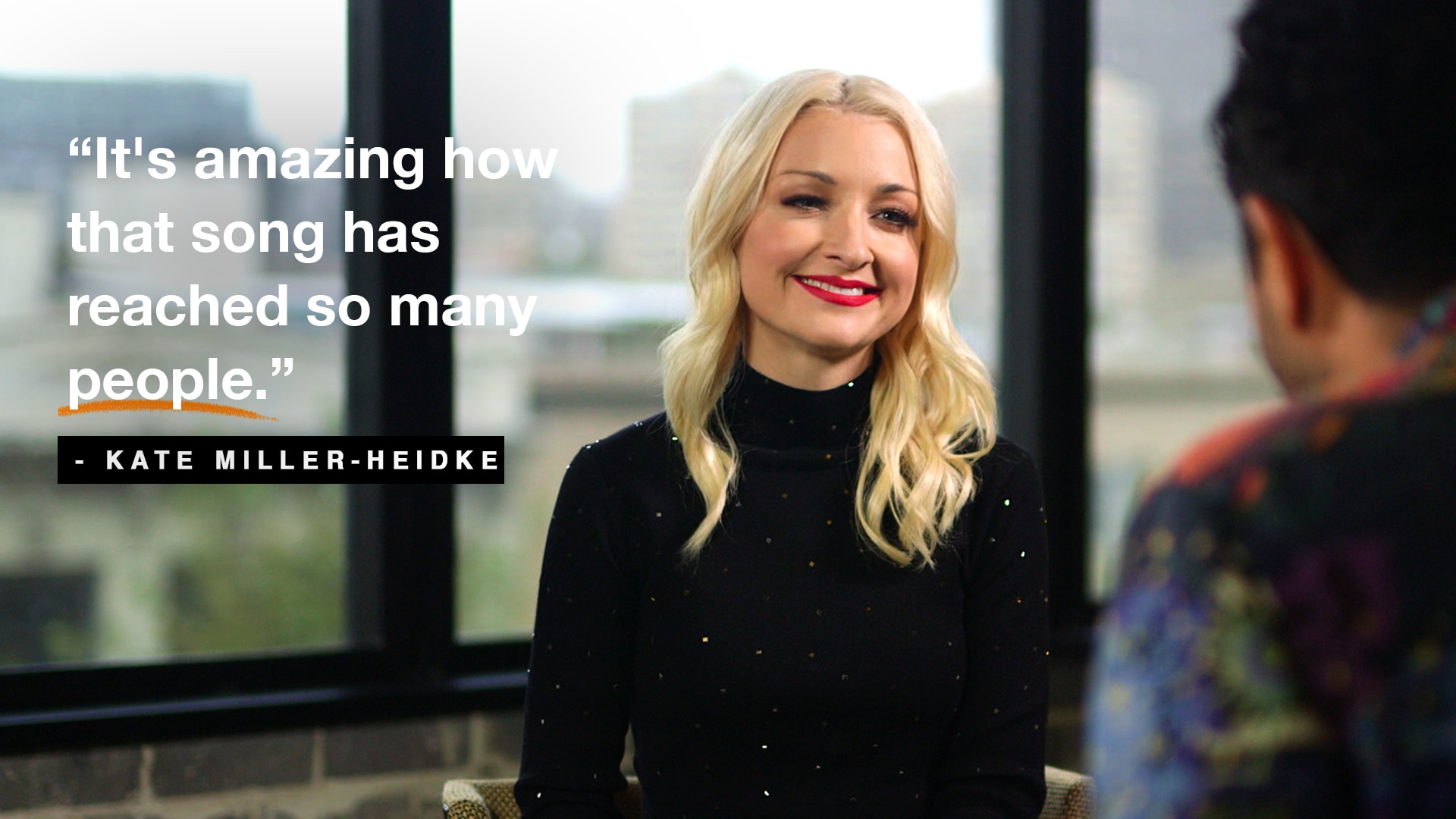 “Perhaps their actual bullies have never apologised to them, but to hear that apology from me in that song somehow helped them to heal.”

After the song dropped in 2009, she invited schools to make their own video clip for ‘Caught In The Crowd’.

This week Miller-Heidke will represent Australia at Eurovision, with her song ‘Zero Gravity’.

Although it’s filled with the glittery aplomb expected of a Eurovision number, she confessed to Patrick Abboud that its inspiration is rooted in her experience with postnatal depression.

“It's impossible to comprehend what it's like until you have a child. One minute you're bursting with intense love the next minute you're like I can't handle this for one second longer,” she said.

I had this sense that my life as I'd known it up to that point had been incinerated.

Instead of giving up, Miller-Heidke channelled her journey into her art.

“The music that I've always been attracted to, that speaks to my soul, is about a songwriter confronting their own flaws or their own shame,” she explained.

“It might seem like an intensely personal story to the writer but in fact that's what makes people feel less alone is hearing that when identifying with that.”