It was my second morning in a new sharehouse when my housemate casually told me “oh, you should probably know that seven dead babies were buried in the backyard”, writes Ella O’Shea.

In a quiet, leafy street in Sydney's Inner West sits an unremarkable townhouse.

I first came across the dwelling via a Facebook post in mid-2019, while searching for a new place, new roommates -- a fresh start as a newcomer to Sydney. I instantly fell in love with the house's rustic exterior and antiquated charm, so I moved in.

It was only later that I discovered that the seemingly perfect house was once home to Sydney's most foul serial killers: the Hatpin Murderers. 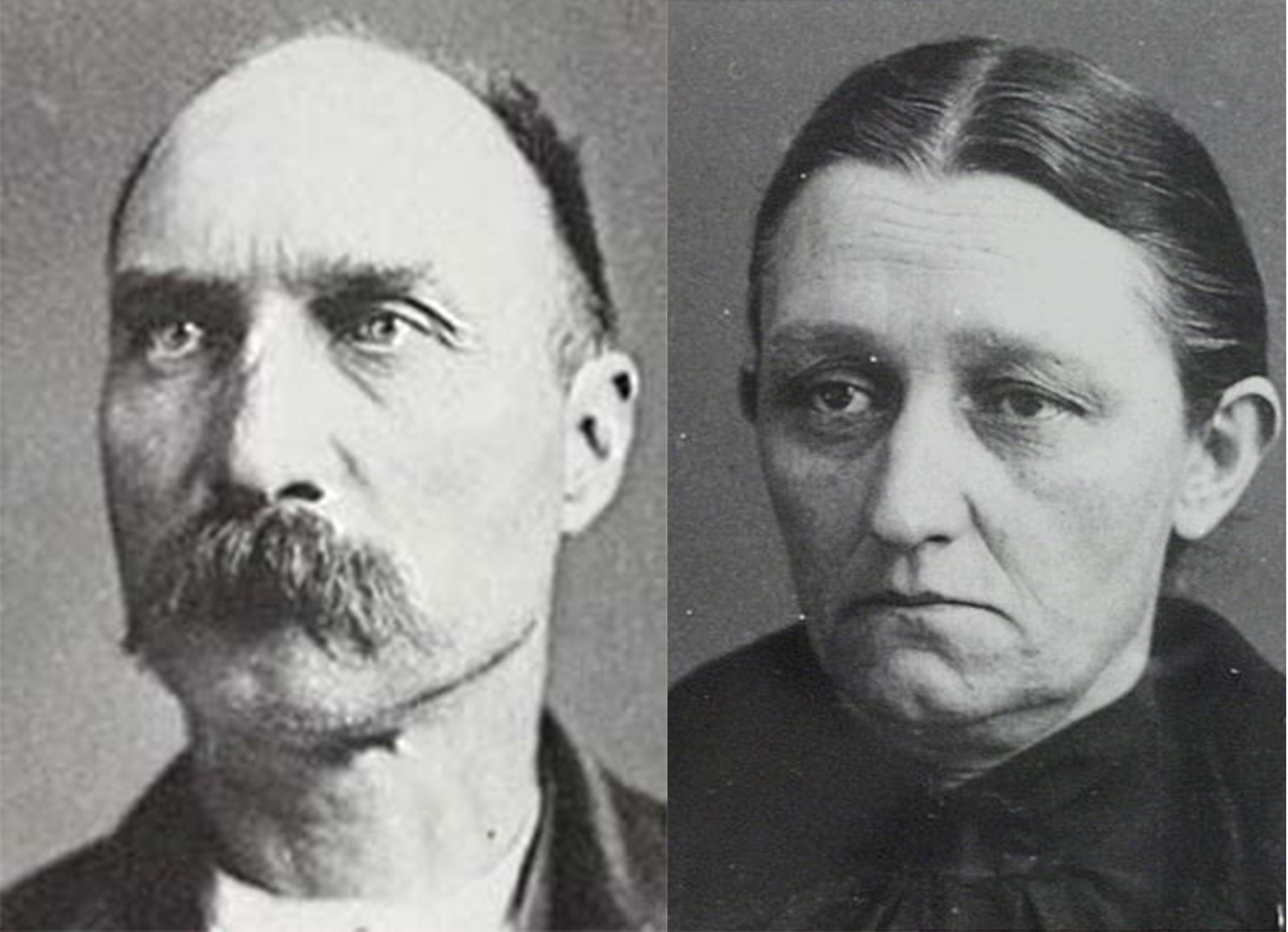 Chances are, you've never heard of Sydney's Hatpin Murders. And yet they may have touched your life in ways you weren't aware of.

Before their crimes were discovered, John and Sarah Makin seemed like a fairly ordinary couple.

The husband and wife lived in a number of properties across Sydney between 1890 and 1893.

John worked as a drayman delivering beer for a brewery, but suffered an injury that left him unable to work, according to the Australian Dictionary of Biography.

To earn a living, the pair turned to a practice now known as "baby farming".

"Baby farming", which was not uncommon for the era, involved taking on custody of an infant in exchange for payment.

In the late 1800s, there was little to no regulation surrounding the adoption of children, and unmarried women without work were left with very few options but to hand over their babies to someone else for care, for either a temporary period or the long term.

The Makins would often respond to newspaper advertisements from desperate mothers looking for someone to adopt their child. This was the case for a young woman by the name of Amber Murray, who gave birth to her son, Horace, on May 30, 1892.

Soon after, on June 24, the 18-year-old mother wrote an advertisement in the The Evening News for the adoption of her son.

As UNSW Professor of Law Anne Cossins writes in her book The Baby Farmers, the Makins answered Murray's advertisement under a false name, calling themselves Mr. and Mrs. Hill.

She writes that when Murray went to meet with the couple at their home in Redfern, they persuaded her that she had nothing to fear, and said that they would bring up the child as if it was their own. They also mentioned plans to move to the suburbs, but promised that Murray could visit her child whenever she wanted.

Amber Murray tried to visit her son, but was met with excuses when she asked.

On June 30, 1892, John Makin visited Murray to announce that his family was moving from Redfern to Hurstville, where it would be a better environment to raise the child. He promised to shortly forward her the address.

However, the Makin family had already relocated the night before, but not to Hurstville. Instead, they moved a short distance to Macdonaldtown (now Erskineville).

An image of the murder house in 1953.
Truth Magazine

On October 11, 1892, a workman was digging a drain in the backyard of the home in Macdonaldtown.

To his shock, he uncovered the decomposing remains of two infants. The workman promptly informed the police.

The police tracked down the Makins at their latest residence, where they questioned the couple. The Makins denied that they were in the habit of taking in unwanted infants, and maintained the lie at an inquest a few days later.

The discovery of the bodies was reported in the newspaper, however, and after the inquest a young couple came forward to share some information with the police. Constable Joyce, who had been involved in the investigation from the start, returned to the home on November 2 to search for more bodies.

He found them. Over the next two days of digging, five more babies were unearthed at the street, bringing the total to seven.

Then, on November 9, police excavated the Makins' former home in Redfern to find another four infants buried in the yard.

Two more dead infants would be discovered at the Makins' final address in Chippendale.

In total, 13 dead babies were uncovered in the backyards of three homes occupied by the Makins over a period of four months. Sarah and John Makin were charged in relation to the death of several infants.

Upon hearing of the unearthed bodies, Amber Murray grew even more concerned for her baby Horace and told her story to the police.

She soon became a star witness at the Makins' trial, and claimed that she could identify one of the bodies as baby Horace, saying she recognised the clothes the baby was wearing because she made them herself.

Whether she was actually right, though, is up for debate. While the Makins' were ultimately found guilty of the murder of Horace Amber Murray, Professor Cossins argues that the trial was incredibly unfair, and lacked evidence.

The exact cause of death was not determined -- many of the bodies were too decomposed by the time they were discovered -- but Constable James Joyce, who was instrumental in the hunt for the bodies, told The Sydney Morning Herald that based on the bloodstains on the children's clothing, he believed they had been stabbed in the heart with a large needle, hence the name "hatpin murders".

The case of the Makins lifted a curtain to reveal the sinister institution of baby farming, which plagued colonial Australian society.

As a result, the New South Wales Legislative Assembly established the Children's Protection Act 1892, which began to regulate the adoption of children, and made it an offence to fail to report the death of an infant.

And yet over a century later, I found myself sitting at the kitchen table in the Makins' former murder house, unaware that any of these gruesome events even took place. It was my second morning of living in the home when my housemate casually said to me over breakfast: "oh, you should probably know that seven dead babies were buried in the backyard."

From the moment I uncovered the truth, my experience in the house took a turn. It's difficult enough making a home for yourself after moving interstate, but the uneasiness I felt was exacerbated by the anguished souls that tragically met their end there, and the ghosts that acted out such malicious crimes.

I never really settled into that home. In November 2019, I moved on from the house.

I'm glad, though, to have learned what really happened there. The Hatpin Murders, terrible as they were, shone a light on an injustice ingrained in Australian society at the time, and forced our country to make a change -- to do better. That's worth remembering, not burying.