As a minority group member, internalised shame can lead you to dismiss your own perspectives, rather than see them for the assets they really are.

Last May, I walked into a room of impeccably dressed journalists at a media event in Los Angeles. I tugged on my pilly cardigan and patted down my frizzy fringe.

When a waiter presented a tray of sliced cucumbers and prosciutto and asked, “Crudité?” I resisted the temptation to shove three of them into my mouth and instead smiled and replied, “No, thank you.” I was focused on the task at hand: pretending not to be a fraud among this crowd of professionals.

Ironically, I was at the event to interview someone about impostor syndrome.

Impostorism is an even greater predictor of negative mental health outcomes in minorities than discrimination.

Psychologists Pauline R. Clance and Suzanne A. Imes coined the term in 1978, describing it as “internal experience of intellectual phoniness in people who believe that they are not intelligent, capable or creative despite evidence of high achievement.” In other words, it’s that sinking sense that you are a fraud in your industry, role or position, regardless of your credibility, authority or accomplishments.

This is not a unique feeling and it hits many of us at some point in our lives. But some researchers believe it hits minority groups harder, as a lack of representation can make minorities feel like outsiders, and discrimination creates even more stress and anxiety when coupled with impostorism, according to Kevin Cokley, a professor of educational psychology and African diaspora studies at the University of Texas at Austin. 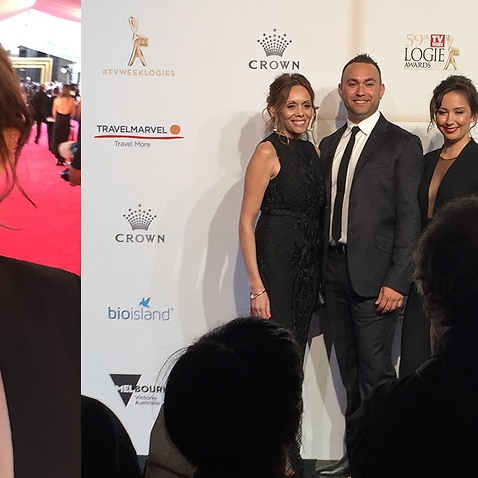 OPINION: Why I felt like I didn’t belong at the Logies

“I was interested in whether impostorism would be an even greater predictor of negative mental health outcomes in minorities than discrimination,” Cokley said. “And so I conducted a study and it’s exactly what I found.” Almost everyone has felt like a fraud because of their own insecurities and while Cokley said it’s important not to homogenise minority groups as having a single shared experience, the issue does become more complicated for minorities, who may be treated as impostors in the workplace.

“People tell you your story doesn’t matter and that sucks,” Issa Rae, the star and co-creator of the HBO series “Insecure,” told me at that media event in Los Angeles. Hollywood is an industry that is especially vocal about inclusion. While celebrities call for more diversity, women and minorities are still disproportionately represented, according to a report from UCLA. Rae said this lack of representation has emphasized her own battle with impostor syndrome.

“It’s just been convincing myself that I’m worthy enough to be able to tell these stories, you know?” she said. As Rae writes in her book, “The Misadventures of Awkward Black Girl,” “'Girls,’ ‘New Girl,’ ‘2 Broke Girls.’ What do they all have in common? The universal gender classification, ‘girl,’ is white ... that is the norm and that is what is acceptable. Anything else is niche.”

Cokley said he was inspired to study impostor syndrome after experiencing it in his own field, where he was in the ethnic minority, too.

In his study, published in The Journal of Counselling Psychology, Cokley found that impostorism can augment discrimination some minority groups may already feel, which adds to their stress.

He and his colleagues found that African-American college students had higher levels of anxiety and discrimination-related depression when they had significant levels of impostorism.

Rosanna Durruthy, head of global diversity, inclusion and belonging at LinkedIn, said that as a minority, you can begin to dismiss your own perspective, credibility and authority.

“Being alone puts you in a circumstance where you’re not only questioning yourself, but also looking for agreement in others,” she said.

Durruthy added that minority workers should remember that they bring a different, unique perspective, which is a valuable asset.

“Your voice is the necessary one in the environment and if you don’t speak up, then it becomes a missed opportunity,” she said. “Sometimes leaders are the only one in the room to have a particular voice or point of view and you have to be assured about your own point of view.”

Learning to be assertive is easier said than done, especially when you feel like an outsider, and Durruthy added that the issue is a systemic one that companies should be willing to address themselves.

On an individual level, however, she and Cokley suggested a few “impostor-slaying” tactics.

“People high in impostorism typically struggle alone, silently,” Cokley said. “If you’re feeling that way, you are most certainly not the only person feeling that way.” He recommends joining or creating an affinity network, “a group of people who are similar to you, based on gender or ethnicity, and you can talk about your vulnerabilities and insecurities.”

A mentor is especially helpful for those dealing with impostorism because he or she can serve as a professional anchor, Durruthy said. Your mentor will ideally have experiences similar to your own and be willing to share advice on how to deal with those experiences.

Keep a daily diary and record every instance in which you receive positive feedback, Cokley advises.

“Do that over the course of a week or a month and go back and look at all those instances in which you’ve gotten good feedback, where you’ve been told you’ve done a good job and done something well,” he said.

When your impostor feelings take over, this daily diary can serve as a reminder that you’ve earned your way to this position.

A work diary can also help you identify discrimination.

“You don’t really know whether your feelings of impostorism are due to being a minority — i.e., being underrepresented — versus being treated differently,” Cokley said.

Another benefit to keeping a work diary: You can use it to keep track of your own progress and accomplishments. That way, when it’s time to negotiate your next raise, you’ll have evidence to make the case for a pay increase.

Rae said that while she still occasionally battles with feeling like an impostor, it helps to have a mantra reminding herself that she’s worked hard to earn her spot.