Who are the victims? Is this kind of violence uncommon? And what does this say about our culture? We speak to the advocacy groups calling for action.

In just over a week, six people have been charged with the deaths of seven women who were allegedly known to them. In Australia one in six women and one in 16 men will experience physical domestic or family violence (DFV) and it is estimated to cost the economy $22 billion a year.

These are the women who died at the hands of people they knew:

Mhelody Polan Bruno, 25, had been visiting Australia for two months. She was in Wagga Wagga when she was found by emergency services injured and unresponsive, she died shortly after and a man who knew her was ‘given strict conditional bail’. SBS spoke to her best friend Dholley who said “she was a good student, she always got good grades and she was always joining activities in school”.

Helena Broadbent, 32, was pregnant when she died after falling from a moving car in Melbourne. Her long-term partner has been charged with dangerous driving causing death and her baby is clinging to life in hospital. ABC News spoke to her brother who said she was a “beautiful caring mum”.

Trudy Dreyer, 49, was found last Thursday in her home in NSW’s Hunter Valley alongside the body of her partner in what police suspect was a murder-suicide, reported the Sydney Morning Herald. They spoke to her cousin Kim Ryan who said “She was such a kind, gentle, positive person.”

Selma Adem Ibrahim, 24, a mother of two, was found dead in Logan, Queensland by paramedics with significant facial injuries. A man has been remanded in custody, the ABC reported. They spoke with her close neighbour who said "She did everything for [her] kids, she was the nicest person you'll ever come across".

Kim Ngoc Chau, 39, was found stabbed to death in Adelaide. A man who reportedly used to live with has been charged after allegedly stealing her car and attempting to hide her body, the ABC reported. The police told the ABC Kim “led a blameless life and she's the victim of a horrible crime".

Kazzandra Widders, 20 and Skye Luland, 24 were run over in a car allegedly being driven by Skye Luland’s mother, reported SBS News. In a social media post, the fiance of Kazzandra’s brother said “You were the one that was there for me when I needed you, you would always jump for me”.

We reached out to frontline experts to tell us what’s going wrong and how can we fix it.

According to the NSW Government's Family and Community Services, “Domestic and family violence is a crime. It’s when there is violent, abusive or bullying behaviour or actions towards a partner or former partner to scare and control them. It can happen at home or outside the home. It causes fear and harm to the body, mind and spirit.”

The most recent National Community Attitudes towards Violence against Women Survey (NCAS), shows that a growing number of Australians are misinformed about DFV.

Kedy Kristal, CEO of the Patricia Giles Centre, an organisation that offers services to victims of DFV, told The Feed that frontline services are at breaking point, “An abusive partner is telling them, ‘Leave and I will kill you, do something I don’t like and I will kill you’.”

Acting CEO of Domestic Violence NSW Renata Field told The Feed, “Survivors speak to us about their frustration that although levels of violence in the community are at crisis levels with one woman being murdered per week, there simply aren’t enough support services available; including legal, housing and case management services.” 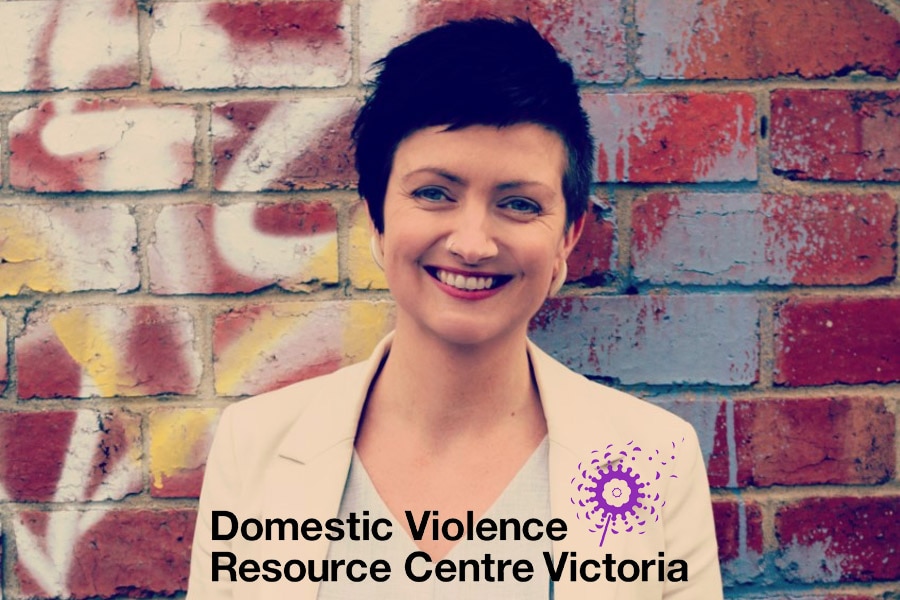 Emily Maguire told The Feed that the past fortnight’s deaths point to a throughline in this crisis:

“It just goes to show it doesn’t matter what kind of woman you are, what kind of mother you are, whether you’re old or young, what sort of relationship you’re in. The biggest risk is just that you’re a woman”.

Maguire says the media shouldn’t reinforce myths that shift blame from the perpetrators.

This includes using mental health as a scapegoat or commentary around the murders of sex workers that focus on their jobs rather than who the victim was.

“We’ve seen backlash to the really good commentary -- attitudes that women make it all up, that women lie to gain custody,” she said.

“We’ve seen Federal politicians spread the myth that domestic and family violence is equitable, that men and women experience it equally”.

A 2018 survey showed alarming numbers of Australians are ignorant of the facts around DFV:

Two in five believe that women make up false reports of sexual assault in order to punish men.

One in three believe that if a woman does not leave her abusive partner then she is responsible for the violence continuing.

One in five Australians believe violence is a normal reaction to stress.

One in five do not believe that financial control is a serious problem.

One in eight believe that if a woman is raped while she is drunk or on drugs she is at least partly responsible.

Maguire believes the Federal Government’s recent approach to the crisis, spending $30 million on the Stop it at the Start campaign must be complimented with on the ground activity.

“You can’t change who someone is by a one-off campaign,” she said.

“People need to have conversations and be exposed to victims of violence and hear messages that reinforce that behaviour change; like campaigns from within their sports clubs or gyms”. 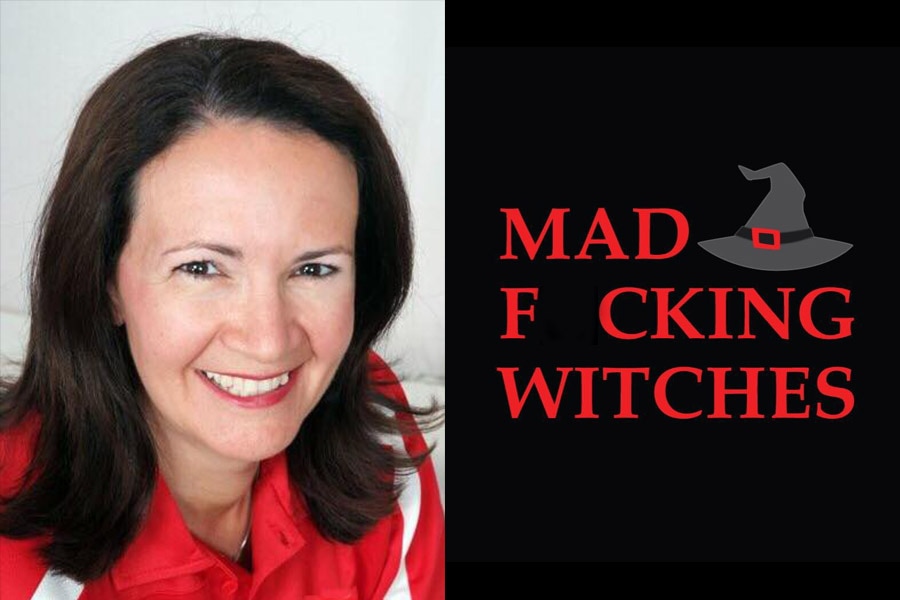 The Mad F*cking Witches was named after the infamous text message MP Peter Dutton accidentally sent to the journalist he was describing.

Jennie Hill is a survivor of assault herself and is harnessing the rage of women who are “tired of seeing misogyny in the media” while they face rising rates of violence in their communities.

“There is very good research now demonstrating that some men’s public contempt for women appears to give a license to the small percentage of men who are physically violent.”

The group recently made headlines for their calls for the resignation of outspoken 2GB presenter Alan Jones.

“Nobody would claim that Alan Jones has had a specific role in the deaths of any woman -- that would be defamatory. Don’t encourage him to sue me, because trust me, he might!” Jennie said.

“People have absolutely had enough of women in Australia being disrespected in the media and what he said about [New Zealand PM Jacinda Ardern] was different. The timing of it, people didn’t think that she deserved it -- she had just dealt with fifty people being killed,” Jennie said.

She says their campaign won’t stop because of an apology and that the radio broadcaster doesn’t understand what the Mad F*cking Witches understand from experience.

“The cycle of abuse, that’s where in a domestic violence relationship you generally have a man who is violent and then very apologetic and then it’s the honeymoon period and then violence again, [the victims] believe the apology - then it happens again.”

“I think there’s a new will in Australia to suddenly say: There’s the line in the sand”.

Jennie thinks we need to stop asking what women can do to prevent violence happening to them and we should look to Scotland for some tips.

“The Chief of Scottish Police has been doing the most extraordinary things to get the death rate down in just a couple of years,” Jennie said.

“Here there is no crime until you physically assault or kill your partner. Psychological and financial abuse are not crimes. They changed that in Scotland.” 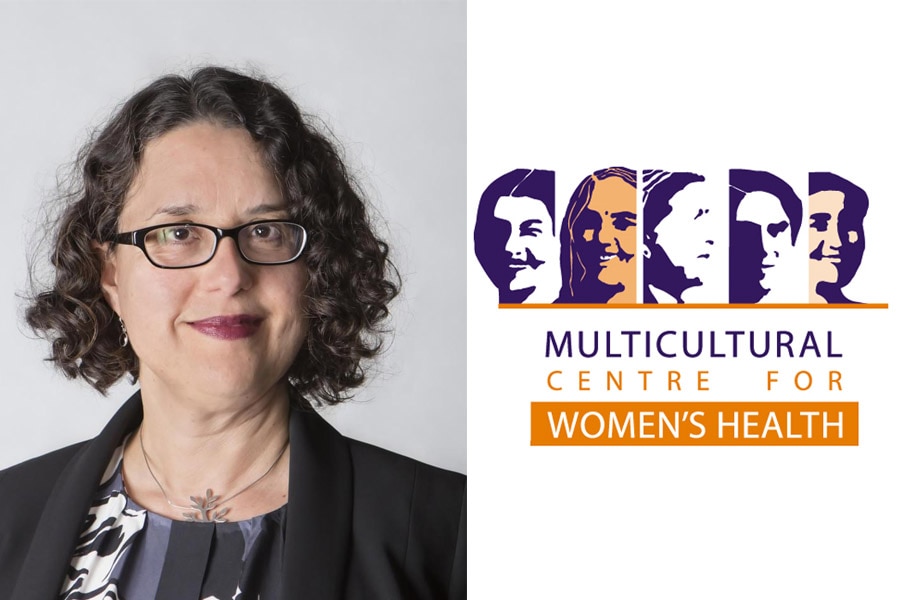 “I feel particularly sad that 3 of the 5 women were women of colour, and born overseas in a non-English speaking country, and that one of these women was trans,” Dr Murdolo said to SBS before the deaths of Kazzandra Widders and Skye Luland were reported.

“Migrant women and trans women are less likely to gain access to effective assistance for gendered violence at an early point, and are therefore more likely to experience escalating violence.”

Dr Adele Murdolo told The Feed she was a teenager when she first saw what “misogynist collusion” looked like:

I was out at a pub one night and in the next room, up at the bar, I saw a man suddenly grab a woman by the shoulders and throw her to the ground. Her head hit the floor and she was lying seriously injured.

"In a split second, the people this couple was drinking with shuffled the man out the door away from the scene."

Dr. Adele Murdolo saw that the couple were not protecting the woman they were with by removing the violent man -- rather they were protecting him from the consequences.

Instead of holding him there until the police came, which they could have done, they whisked him away quickly to save him from reprimand.

She was shocked by the readiness of the group to protect the violent man and how quickly everything in the pub returned to normal while the woman waited for the ambulance.

I realised that there was something seriously wrong with our culture that without a second thought, devalues a woman’s life and wellbeing, and protects the man that harms her.

She says that feminism, especially writing by Aboriginal feminists, African American writers and women of colour helped her to “make sense of that unjust world and to strategise to change it.”

“We know that violence against women is preventable.”

“The way to prevent [domestic and family violence] is by reducing in the short-term, and eliminating in the long-term, gendered inequality”.

By ending ‘gendered inequality’ Dr Murdolo means a society where everyone is represented equally across the board regardless of gender -- in pay, education, sport, domestic work, criminal justice representation, on screens and in positions of leadership.

Here’s where you can get help:

MensLine Australia works with men who use violence or abuse in their relationships.
Call 1300 78 99 78

Relationships Australia is a leading provider of relationship support services for individuals, families and communities.
Call 1300 364 277 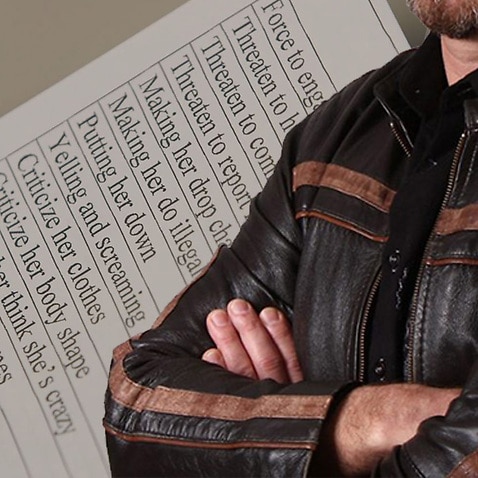