EXCLUSIVE: Australian sex workers have reported police inaction, entrapment and expectation of free services by some officers in a new research paper.

When sex worker Georgie Wolf had to report a crime to the police, she was afraid that she’d end up being the one punished.

“I was really worried about whether the cops would ask me questions that might incriminate me under current sex work laws. It meant I didn't trust the process, and I was really stressed out,” she told The Feed.

“If something similar happened again, I'd think twice before I went through that a second time.

“I feel a lot safer avoiding contact with the police where possible.”

A new pilot study - conducted in partnership with Scarlet Alliance, the Australian Sex Workers Association, and the Centre for Research in Health at UNSW - shows Georgie’s not alone when it comes to feeling discomfort and distrust in the police.

“Overwhelmingly, sex workers told us about their experiences of bribery, entrapment, inaction and disbelief when they reported being victims of crime,” said Dr Zahra Stardust, ​a postdoctoral research fellow at the Queensland University of Technology. The pilot study included sex workers from a diversity of genders, sexualities and racial backgrounds.
Getty
As part of the study, researchers interviewed 31 sex workers and held six focus groups, including one with migrant sex workers facilitated by a Korean sex worker.

Dr Stardust said topics for the focus groups were drawn from a consultation workshop at the 2016 Scarlet Alliance National forum, which involved more than 100 sex workers.

“The sampling was conducted to ensure representation from sex workers in different jurisdictions with a diversity of genders, sexualities, racial backgrounds and various types of sex work,” she said.

“The findings from this project have now been used to develop a larger, quantitative survey that can be rolled out annually to measure sex work stigma nationally.”

The study found some participants had been left frustrated and disappointed by their interactions with police, while others vowed nothing would convince them to contact the authorities, no matter how dire the circumstances.

Other sex workers reported inaction and mistreatment by authorities when reporting instances of sexual assault.

“It became clear to the police that I was a sex worker ... I noticed it was just like ... click your fingers and all of a sudden, everything is very different,” another said. Some sex workers said they faced stigma and disbelief when they reported crimes to police.
Wikimedia Commons

Migrant sex workers in the study reported a heightened fear of interacting with police due to the risk of deportation and investigation into one’s visa status.

Some claimed police arrived at their workplace with an unspoken expectation that they would receive free services in return for not reporting them because they were working in a jurisdiction where sex work was criminalised.

“The police came because...they know they have a new girl come. And the police come [sic] to see me and didn’t do anything ... and then my boss leave [sic] the police in the room and [I] gave him a free hand job ... Yeah and the police say, ‘I will not tell on you’,” one sex worker said.

Sex workers who were unregistered or unlicensed spoke about the fear that calling the police could lead to entrapment, arrest or attempts at bribery.

One sex worker in Queensland said they were aware of police calling up workers and asking to receive blow jobs, without wearing a condom - it’s illegal in Queensland for sex workers to engage in unprotected sex with clients.

“I did have a situation where an undercover police officer came in pretending to be a client and asked all of the questions almost like they had a list of all the illegal things and it was incredibly unnerving and very distressing,” the sex worker said.

“He did the whole, ‘I’ve left my wallet in the car, I’ll be back in a minute’ and left and never came back.” 'Everyone deserves to feel safe': Sex work is being decriminalised in Victoria

Police in Queensland can lawfully pose as clients, entrap sex workers, and have immunity to conduct illegal activities under sections of the Police Powers and Responsibilities Act 2000, according to Dr Elena Jeffreys, state coordinator at Respect Inc.

Dr Jeffreys said decriminalisation has recently been referred to the Queensland Law Reform Commission, and sex workers are calling for a moratorium on entrapment while they wait for legislative change.

“These covert operations cannot be justified for minor sex work offences like advertising breaches and sex workers working in pairs, yet that is what is happening regularly in Queensland,” she said.

“The practice of police entrapment is ethically abhorrent and has to end." 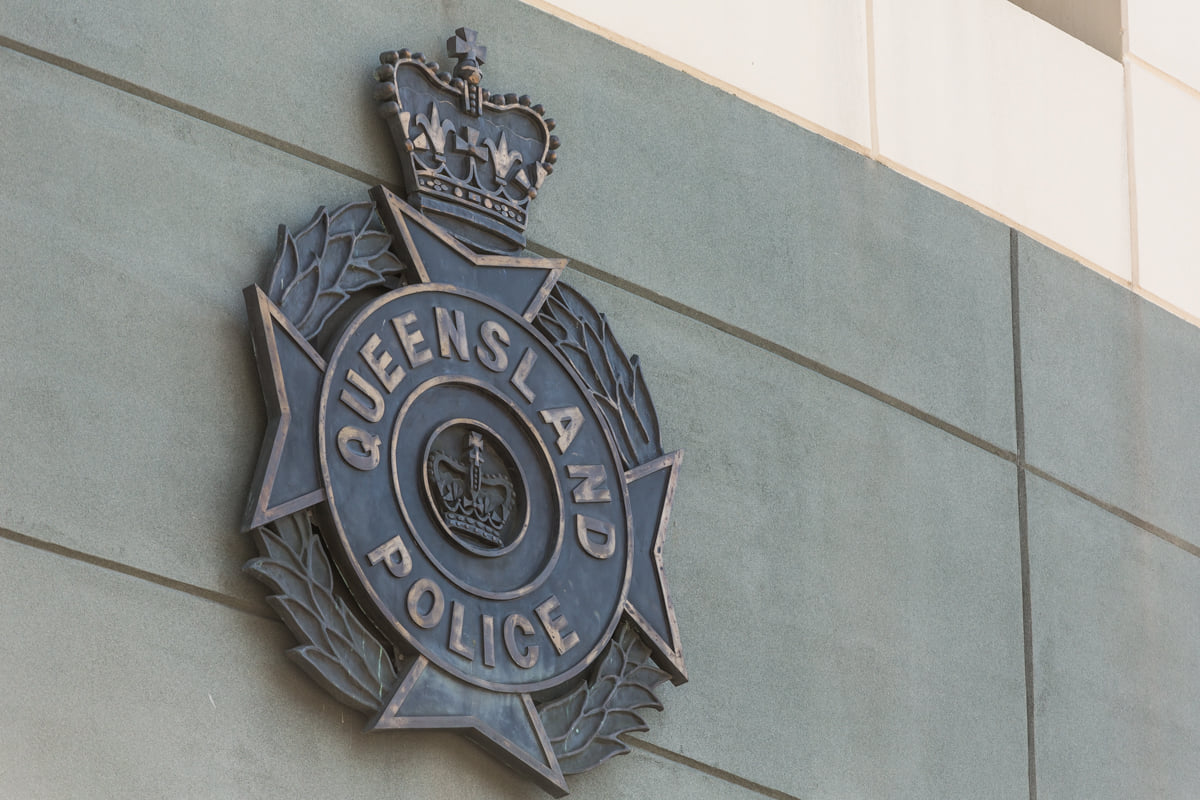 The QPS spokesperson told The Feed investigations regarding “unlawful prostitution” are undertaken to ensure “compliance with legislation”.

“The QPS is obligated to investigate offences against Queensland legislation, this includes illegal prostitution,” the spokesperson said.

“Matters are investigated utilising lawful methodologies. It is not appropriate to release specific details of methodologies and ongoing police investigations into illegal prostitution and offences involving sexual servitude.”

The QPS said it has a liaison officer who “works with the sex worker industry bodies and advocates to improve outcomes for sex workers who are victims of crime”.

“The QPS is committed to protecting the safety of all sex workers working within the industry and community,” the spokesperson added. 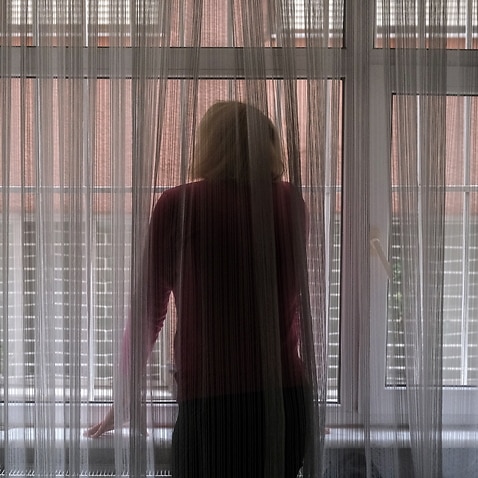 These interactions were with trained liaison officers or units working closely alongside sex worker organisations.

“Education and training with police, judiciary, lawyers and media has potential to facilitate attitudinal change, but sex worker organisations need to be paid for this labour,” Dr Stardust said.

“State law reform commissions, law societies, police associations and media regulators around the country ought to pay attention to this research and consider what they can do to end sex work stigma among their constituents and cultures.” 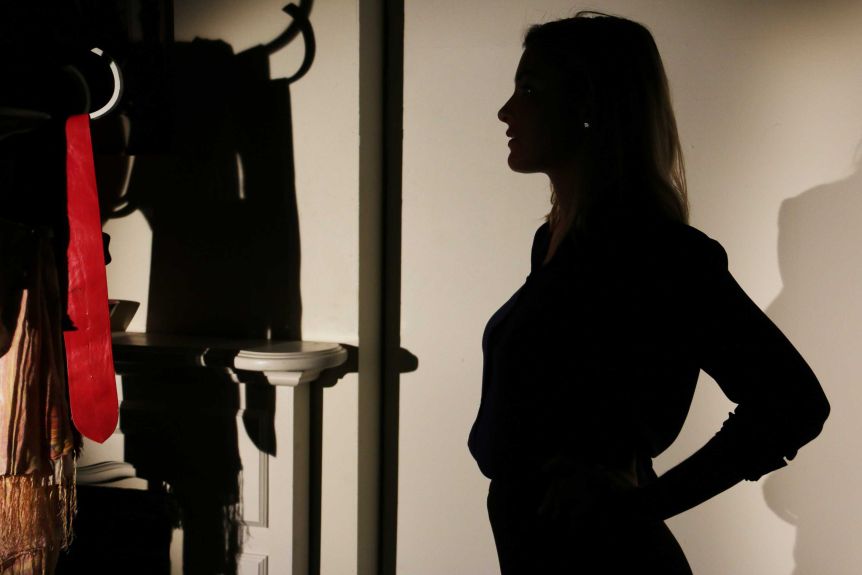 Researchers and sex workers say decriminalisation is an important first step but the approach must go beyond that.
Getty Images

Queensland and Victoria are currently moving towards decriminalising sex work. While South Australia, Western Australia and Tasmania still have full or partial criminalisation.

QLD is reviewing the Anti-discrimination Act.
The laws need to change to protect sex workers.
Read our info sheet at https://t.co/4vPIprKzwO and sex workers can join us on 13 Oct at 12 noon to discuss the laws & how to have our voices heard. #DecrimQLD pic.twitter.com/WFY9XsG69P

Dylan O’Hara from the Vixen Collective said under licensing and criminalisation frameworks, “police are regulators of the sex industry”.

“This obviously creates huge barriers to sex workers who are victims of crime accessing police and other key services, because doing so can lead to self-incrimination, surveillance, and discrimination across many facets of our lives, as well as stigmatising and harmful experiences with police.”

They said they supported “genuine decriminalisation” of all forms of sex work as an important first step but that even with these changes, “the systemic stigma, discrimination that sex workers face won’t instantly disappear.”

“There are misconceptions about sex workers where they can’t be raped or that they’re in a perpetual state of consent. That’s obviously not the case; sex work is work and rape is a crime,” she said.

“Just because somebody is a sex worker, it doesn't mean that they consent to any act of sex.

“It’s important to work to break down that stigma and discrimination.”

For Georgie, decriminalisation is vital for sex workers to get “fair and equal treatment” from police and those they come into contact with.

“The police are trained to see us as potential lawbreakers, not as citizens who need their help. So in an emergency, how can I be sure they'll still help, once they discover I'm a sex worker?” she said.

“Until full decriminalisation happens, we can’t sort out these problems. Having the same rights at work as anyone else is essential.”