Dodgy chemical sellers in China, cut-throat crime bosses in Holland, and shady dark web dealers with no-refund policies. An investigation by The Feed has found these are the people benefiting most from Australians’ love of party drugs.

Do you know where your party drugs are made?
'The MDMA Highway' airs THURSDAY 8:30PM on SBS VICELAND

“By the time the drug makes it to you, it has a history... of what it’s been through to get to that point.”

Scott Frankland, a life coach working in suburban Sydney, knows a thing or two about the drug business. He’s previously spent time in jail for his role in a multi-million dollar syndicate that locally produced and sold drugs, including MDMA.

The syndicate set up labs in suburban houses that Scott would rent using fake IDs. They just needed to have three or four rooms, each employed for a different stage in the process. There were two drug cooks who used an ever-evolving set of recipes using precursor ingredients from China.

The aim of the game was money, and there was little thought for the end consumer. 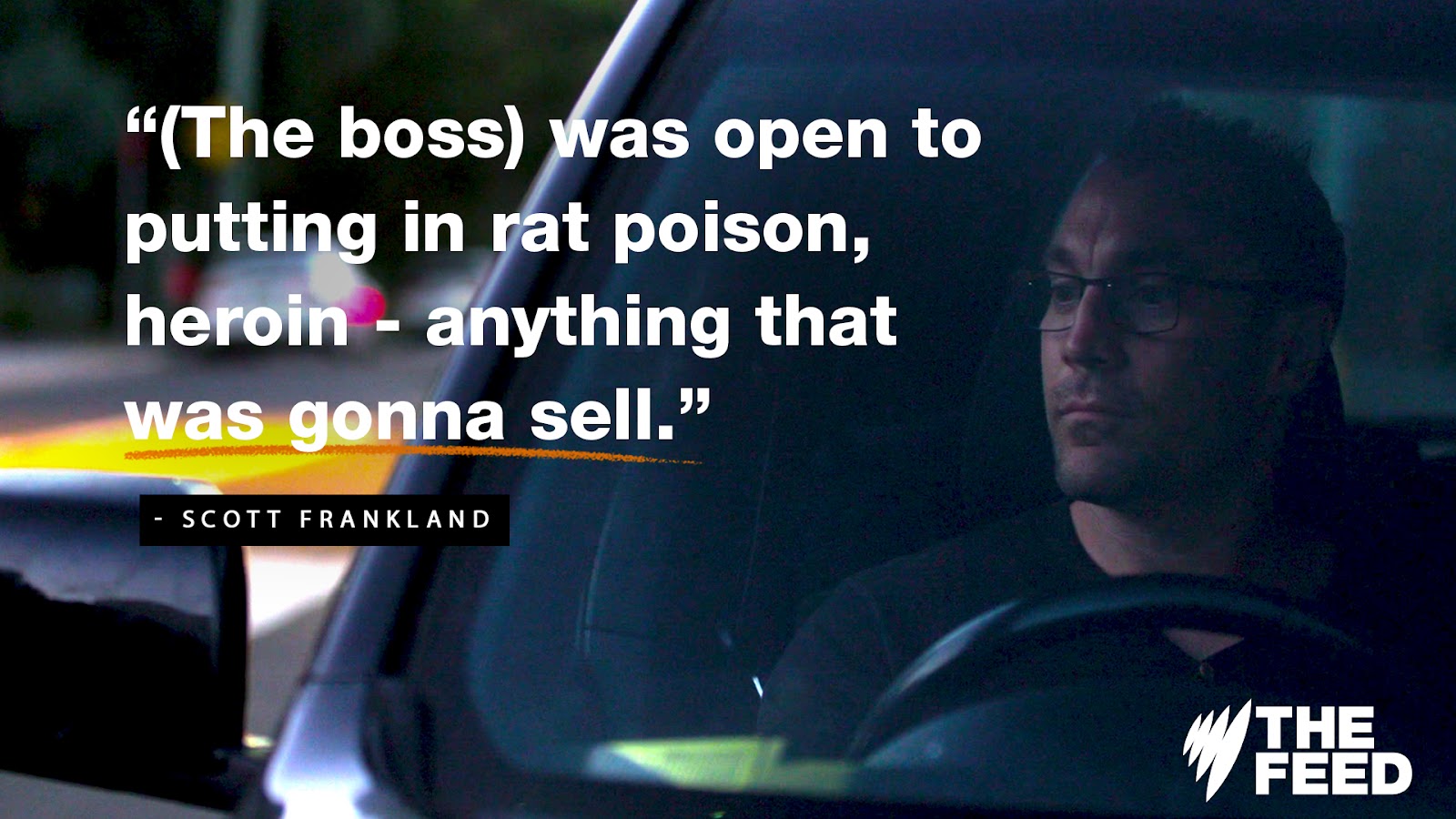 Scott tells me, describing a set-up that was more like an amateur cooking class than a pharmaceutical laboratory.

Australians are the world’s biggest individual consumers of ecstasy. Despite a government crackdown, a recent wastewater analysis shows party-goers’ appetites for MDMA is only increasing.

The willingness to part with twenty bucks for a pill that cost 50 cents to manufacture, makes us a prime target for savvy drug producers and their suppliers, not just here but overseas.

As one dark web drug dealer contacted by The Feed put it: “Australians do have lots of money. And they’re willing to pay the price. Made me rich :-)”

But there’s a whole lot of money being made before the drug even makes it into the hands of the dealer.

A special investigation by The Feed that traced the MDMA supply chain took reporters across three continents.

The main precursor ingredient used in the world’s manufacturing of MDMA - PMK glycidate - can easily be ordered online from Chinese chemical companies who are more than willing to have would-be drug cooks on their books.

While it’s recently been banned by the United Nations, the sellers have ways to avoid red flags at customs. These include hiding the chemical in shipments of other innocuous products, and changing the labels.

“We have a special Australia delivery channel,” one vendor tells me, from her office in a second-tier Chinese city. “You don’t need to do customs clearance, it’s easy to pass customs. The success rate is very high.”

But the biggest buyers of PMK glycidate are Europeans, in particular, the Dutch.

They’re responsible for 80% of all synthetic drugs produced.

Chances are, the MDMA in that pill you took on the weekend, came courtesy of a Dutch drug gang operating somewhere to the south of Amsterdam.

As part of The Feed’s investigation, producer Claire Aird travelled to the Netherlands where she got a glimpse of what can only be called a ‘superlab.’ 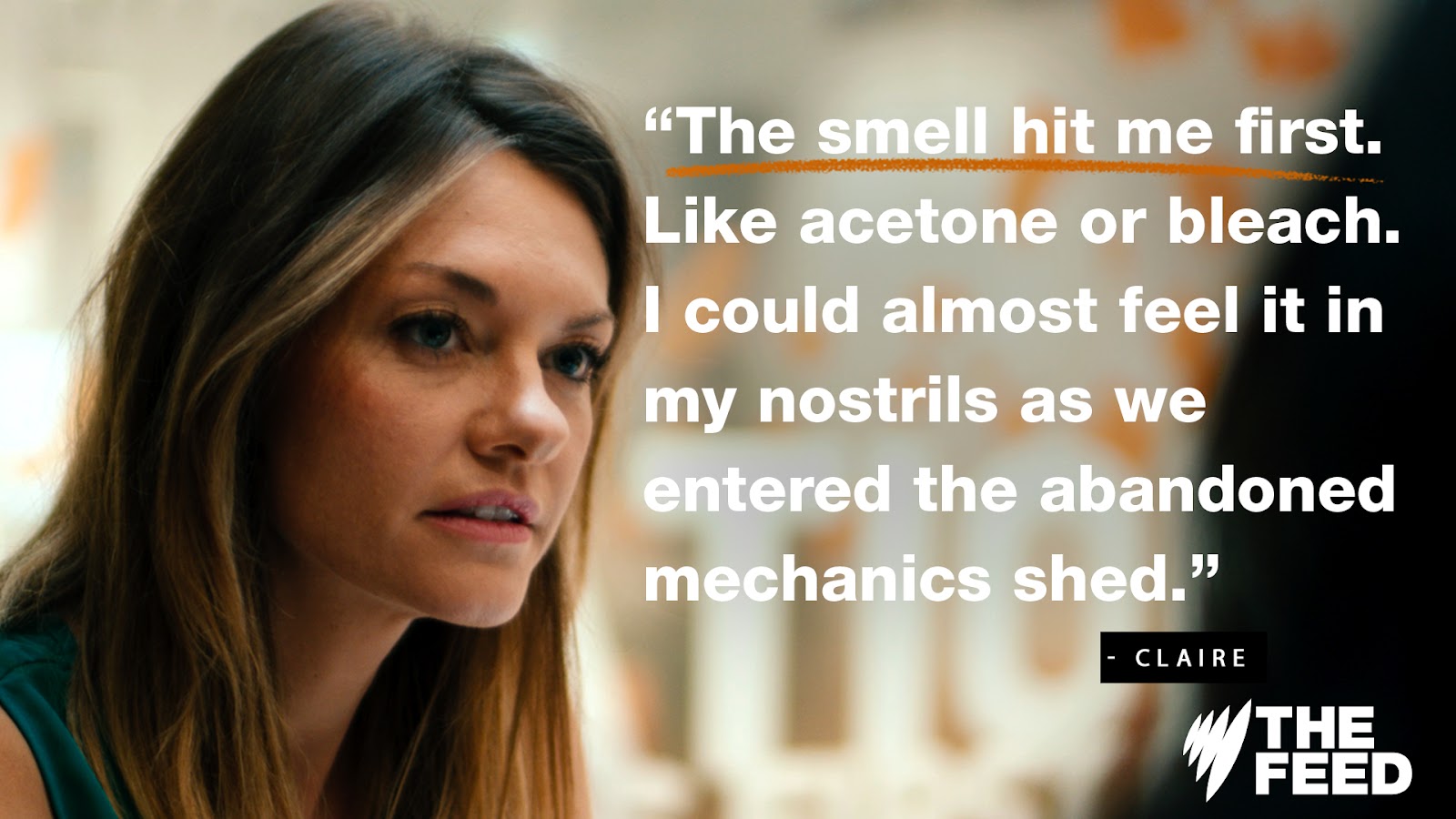 “Inside, a trap door concealed an underground drug lab that was producing over $800,000 worth of synthetic drugs every day,” she recalls, amazed at the scale of the operation.and its location in a residential area.

The lab had recently been shut down by the local Mayor, Jan Boelhouwer, who’s been fighting a losing battle against drug syndicates..

“It’s the mafia, it really is the mafia,” he told Claire, describing the crime, violence and dumped toxic waste that drug producers have brought to his town, Gilze en Rijen.

Mayor Boelhouwer says the Netherlands’ well-known tolerance for drug use - at least when it comes to softer substances like weed - as well as the lenient sentences given to those convicted of dealing or producing, has made them a hot-spot for drug criminals.

But he’s also quick to point out that the huge amounts of money being made in the lab were, in part, due to the demand from cashed-up Australian party-goers. 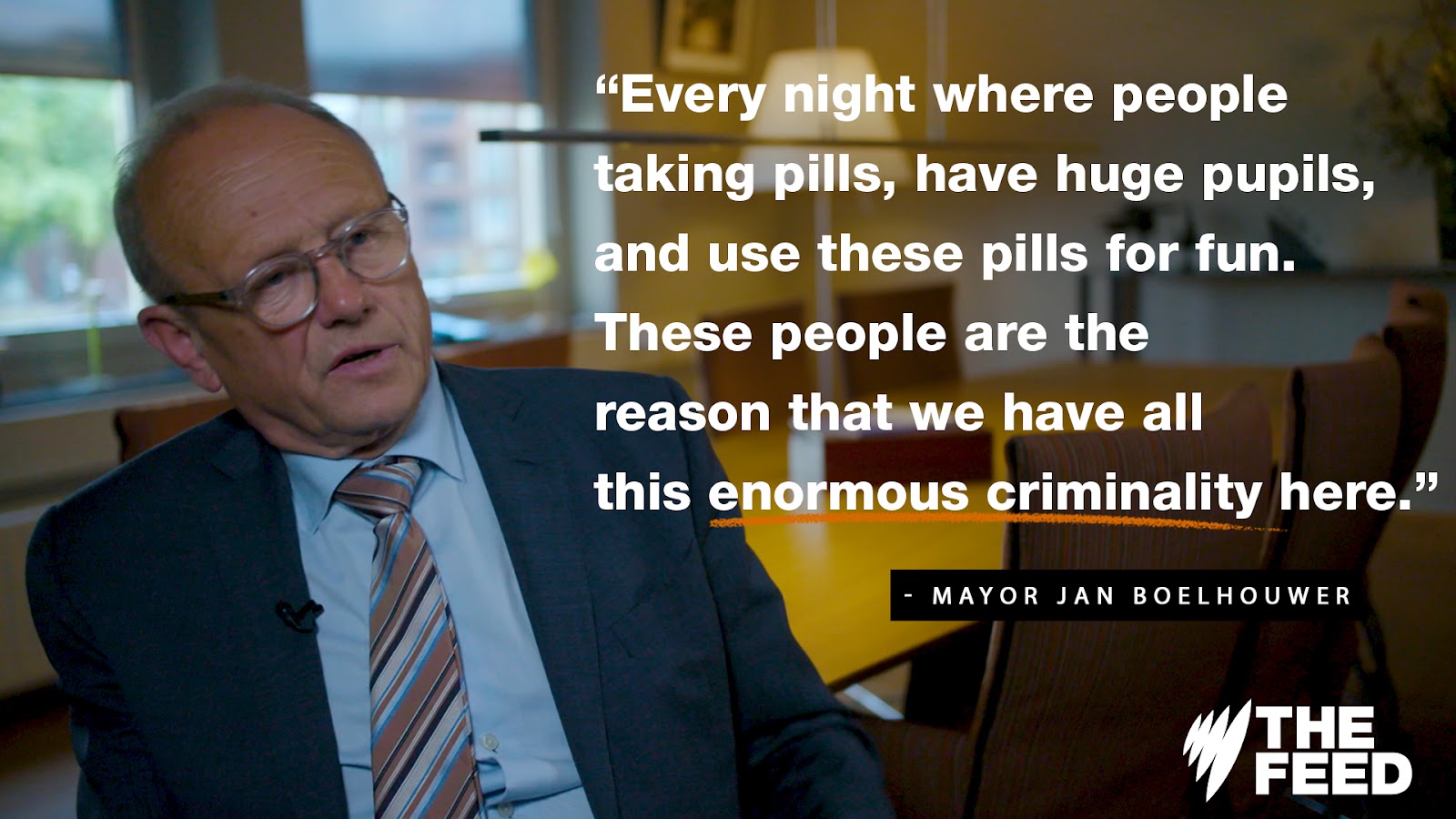 Dutch police say there is “professional pressure” from their Australian counterparts to try and combat the flow of party drugs from their country to ours.

But back in Australia, online dealers claim there’s usually no problem getting the drugs past customs at this end, especially in smaller amounts through the post.

If there’s anything that sums up the global nature of the party drug industry, the complicated origin story of your weekend party pill, and the challenges that authorities face in cracking down on drug use and supply, it’s the chat I have with one Dutch dark web dealer.

He tells me his MDMA is made in Holland, posted from Germany or Switzerland...while he lives and launders his money in South America. Business is apparently booming.

“There is big demand. And it’s only rising because of this darknet.”

Australians who use drugs like ecstasy are killing fish... in Holland