A small island community in the Gulf of Carpentaria is working to lift prohibition, to stop the insidious hold “home brew” has on its people.

For the people of Mornington Island, burying loved ones before the age of 40 has become commonplace.

“I stopped crying at funerals about 10 to 15 years ago because I’ve been to hundreds.” 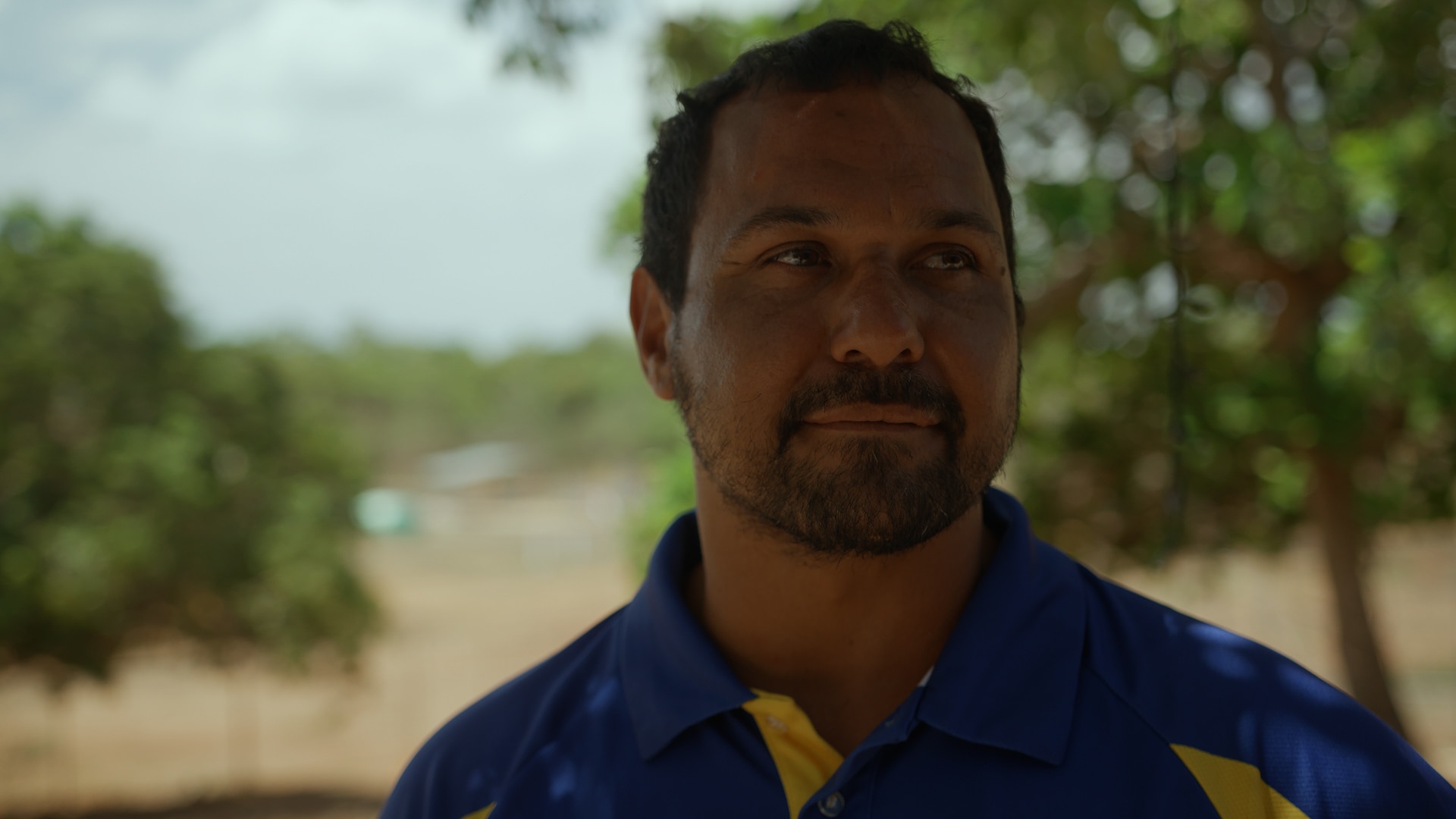 The Ganggalidda and Lardil man said many people suffer from diabetes, renal failure and other chronic illnesses.

“I was once a pallbearer and I had to go into the morgue to grab a body and they were stacked from [one end to another] and overlapping the door,” he said.

“The rest were on the floor. It’s disrespectful to my people.”

Mornington Island is a community of about 1,300 people in the Gulf of Carpentaria, surrounded by crystal blue waters and white sand beaches.

At sunrise and sunset, the sky is painted with deep shades of yellow, red, and orange and, for many, the small island community is paradise. 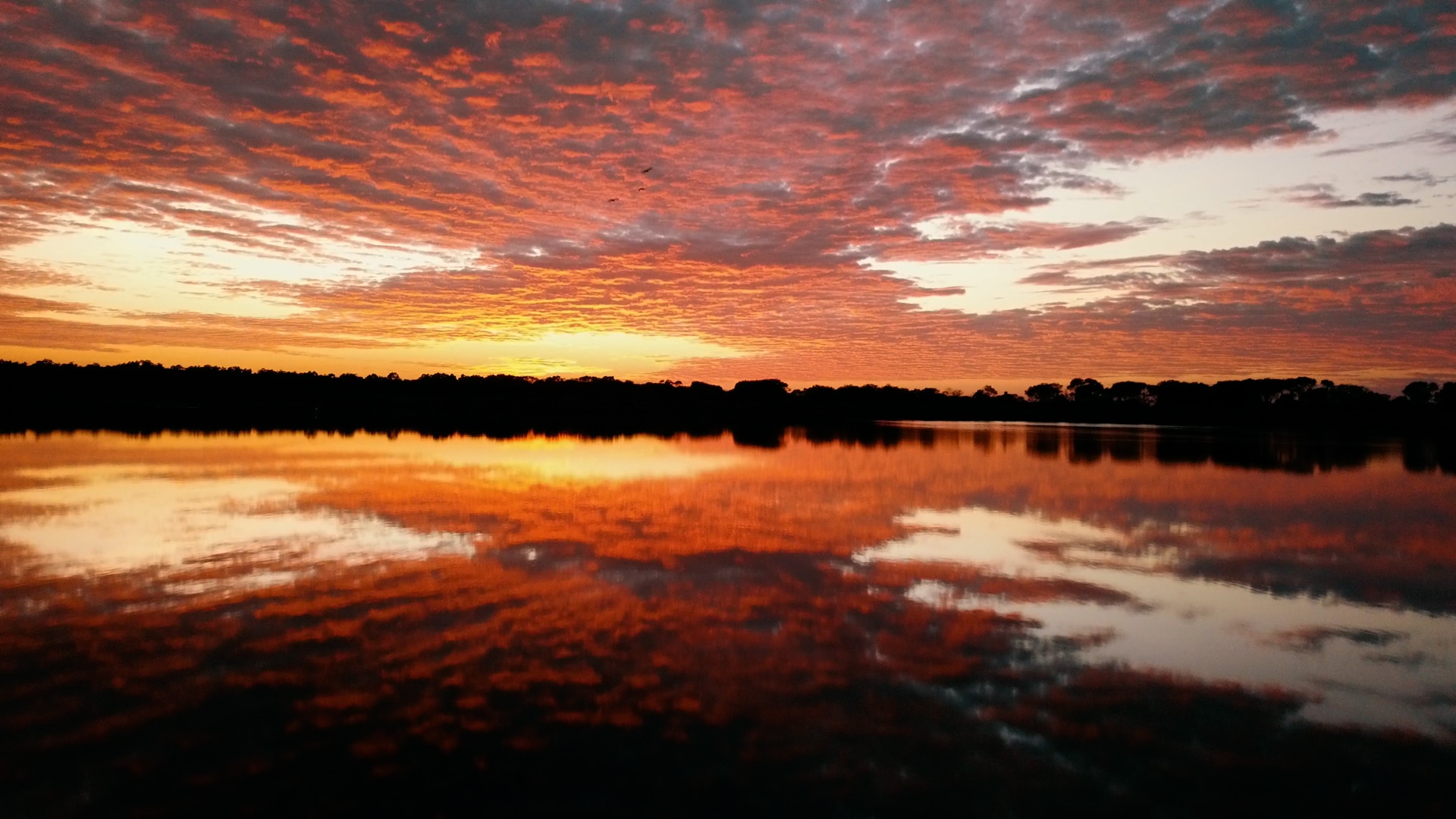 “There’s no place like home - you can’t do what we can do, anywhere else in Australia,” said Mr Yanner.

“We can catch a turtle, catch a dugong - it’s bush life as well as town life. We have a beautiful little community here, we just struggle in a few different areas.”

In November 2003, Mornington Island was one of 19 indigenous communities to be put under the Queensland Government’s alcohol management plan.

But on Christmas night 2007, a violent brawl between pub goers and police saw the indefinite closure of Mornington Island’s only licensed venue - making way for a deadly alternative.

“They closed the pub [and the island] was deemed a dry community, it was zero alcohol,” said Mr Yanner.

“Mornington Island is meant to be a dry community, but there’s alcohol everywhere.”

Home brew became prolific on the island after prohibition. Making it involves a combination of turbo yeasts, water, and sugar. The home brew made on the island
The Feed

“It’s not properly manufactured [alcohol] and is usually made over a three-day period upstairs in the bathroom without the use of proper kits.

“It ferments inside of you, people call that gut rot, because it burns your gut out.”

The grip home brew has on people is palpable, according to David Barnes, who has worked in the drug and alcohol field for more than two decades and arrived on the island in 2001.

“The local store supplies the community with about 500 kilos of brown sugar on average per week,” he said. David Barnes, drug and alcohol expert
“Sugar is an integral part of the home brewing process, so they’ve had to limit the numbers to two packets a day because of these supply issues that arise from the prevalence of home brew.”

Once brewed the 10 litre containers can sell for as much as $250 or $25 for 1.25 L usually dispersed in old soft drink bottles.

The unregulated nature of the drink worries community members, who say it’s ‘killing’ their people who are already dealing with debilitating health issues.

“When the pub was open, we had some ups and downs, you know, some brawls and fighting between families and everyone, but it wasn’t as bad as now,” said Teddy Moon, a Lardil elder on Mornington Island. 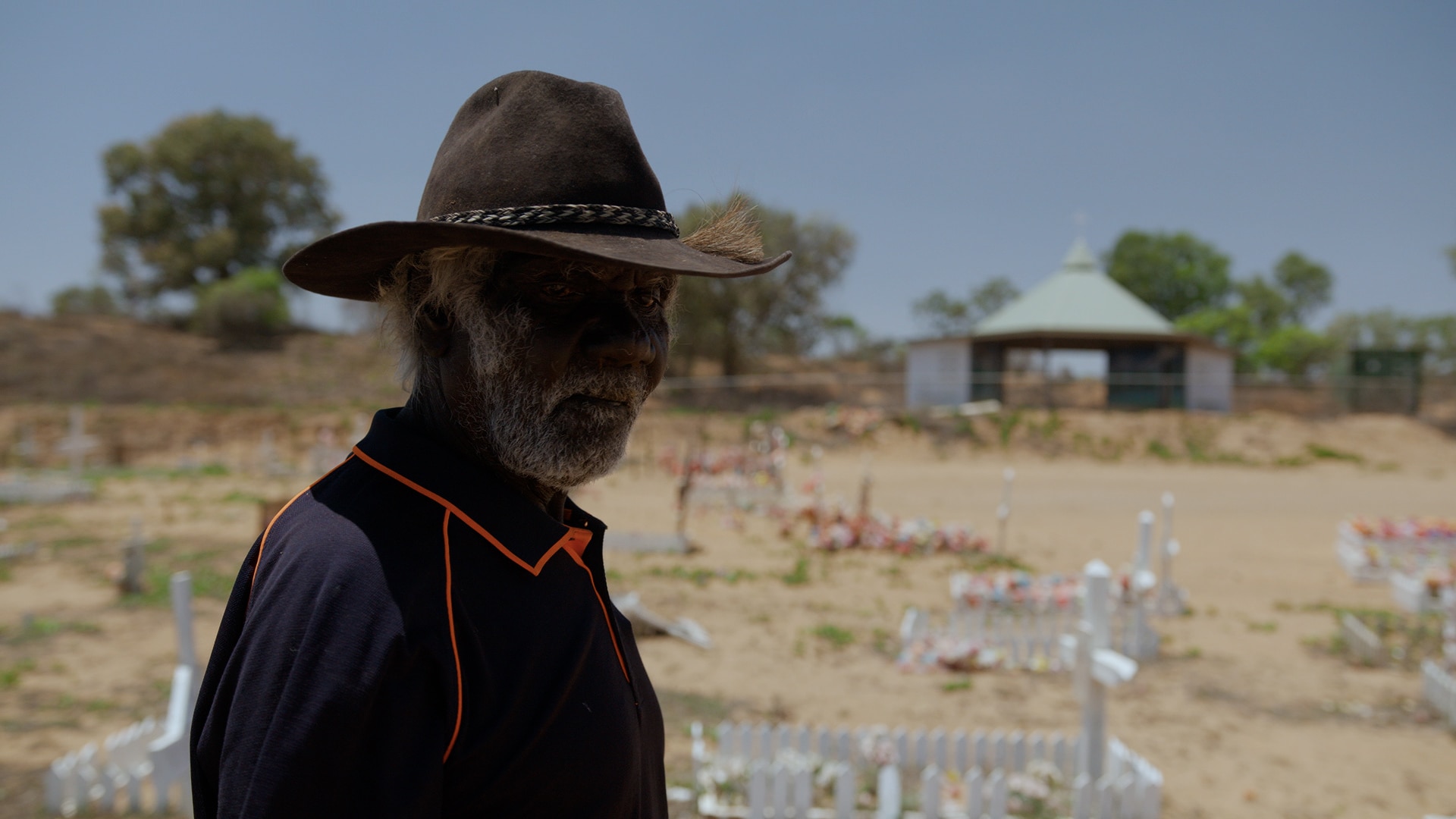 “Families and friends don’t come and visit each other anymore. They don’t sit down, have a yarn together or a feed together, they only come together when a young person passes away.”

Emily Evans said she can still remember the night her brother Kirk passed away.

“The hospital rang me, and I went straight to my mum and told her what had happened. It was devastating for me. I still grieve for him,” she said.

“He was a healthy man before he started drinking home brew. I tried talking to him, but he continued drinking it.” 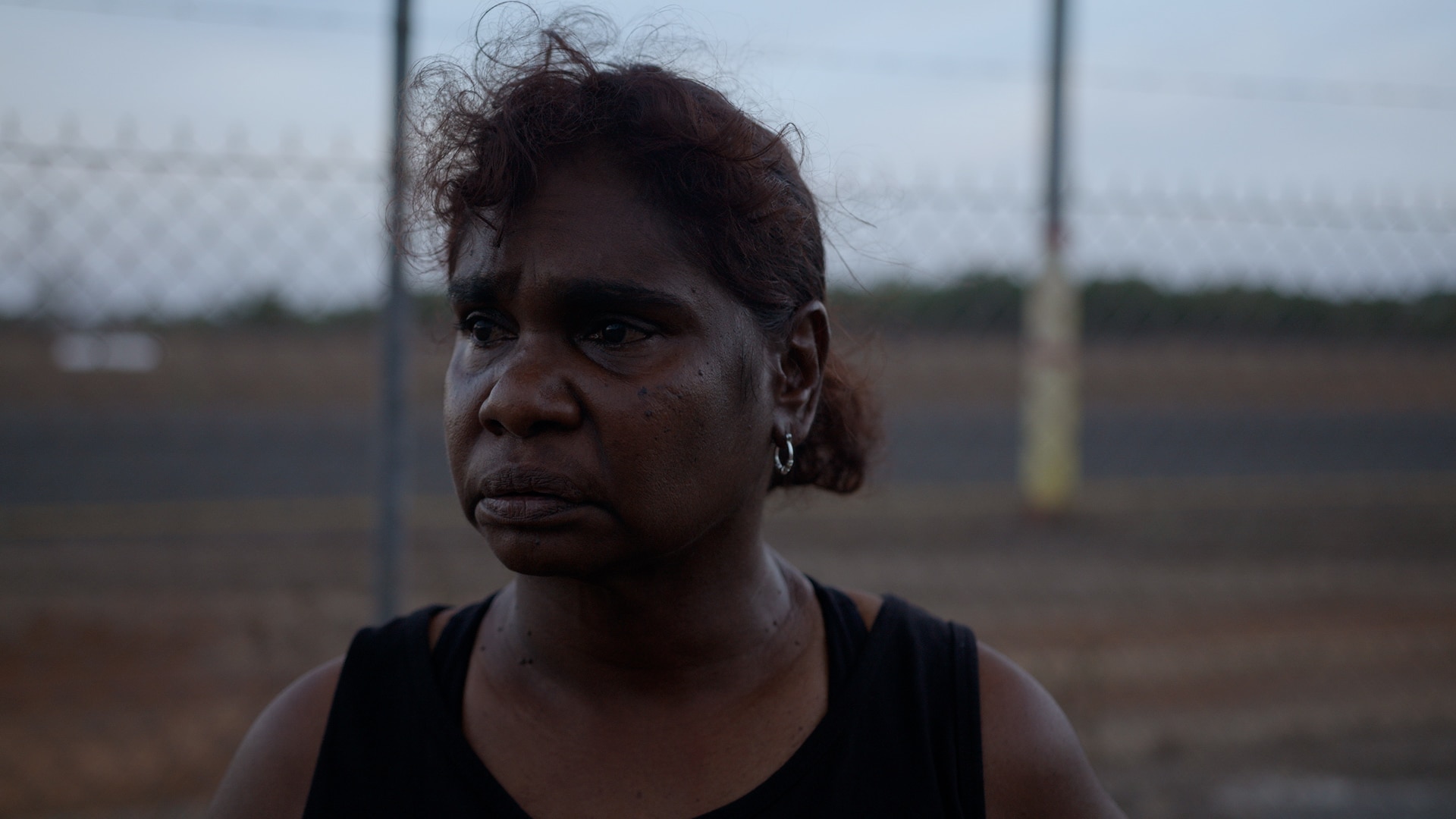 “Caleb passed away in April and then my brother Omar in June or July,” she said.

“I saw them jumping on a plane to Townsville [to get renal care], I said my goodbyes and that I loved them and to hurry back home. But the airport was the last time I saw them.”

Mr Moon said watching the younger generation disappear before his eyes is a difficult reality to face.

“When we go to the cemetery for young people who have needed dialysis and then passed away, it makes us elders really sad, because we’re losing our future,” he said. “Seeing them being laid down before they reach their age makes it feel like we have no future ahead of us.”

A man who wished to remain nameless told The Feed that the effect home brew has on a person goes beyond their health.

“When I drink home brew, I’m a different person, I’m not like who I am now, I'm usually in another world,” he said.

“My partner and I had an argument and I bashed her up. I don’t really know much about it. I just found myself in jail the next day.

“The [police] brought over a photo and showed me that I’d banged her over the head with a bar. It made me feel bad. I don’t really drink much anymore.” “I’ve attended fights on every single street on the island and most of the time it’s alcohol- related,” he said.

“There are a lot of talented people on this island, a lot of smart people, but the unfortunate thing is that home brew is bringing those talents down.”

Policing home brew on the island has been a challenge, according to Sergeant Smith, who said it’s often difficult to track down culprits.

“It's very hard for people to dob in a brewer when the next day it could be them brewing the alcohol,” he explained.

“It's like other drugs of addiction. It's very hard for us to get that intelligence to work and work quickly to make the bust.”

Sergeant Smith said he wants to work with the community.

“When people are actually on the street drinking home brew most of the time they're fairly compliant with us,” he said. 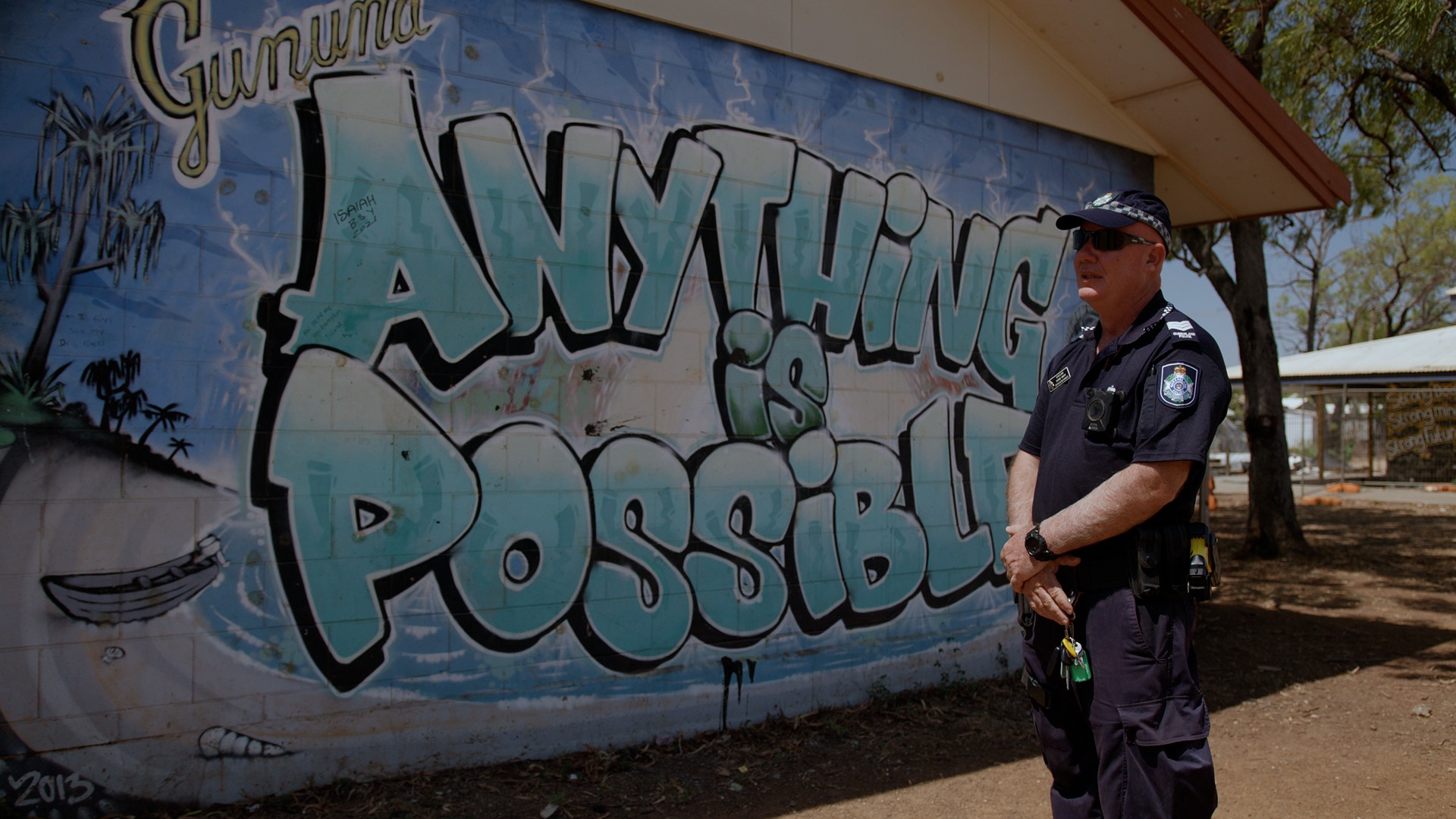 “They want to work with the police, they don't want to be in trouble with us and a lot of the time they're normally good people that we don't want to see before the court system in relation to drinking.”

“The police are caught between bad legislation and a hard place,” he said.

“Police have been compelled to reduce the pressure on the court system and I think that’s been translated to a perception in the community that there was an emerging tolerance for home brew and that was entirely incorrect.”

Mr Yanner hopes opening the local tavern will curb the issues of home brew and create meaningful change within the community.

“They’ve tried prohibition, but it didn't work. It failed us in more ways than you could imagine,” he said. 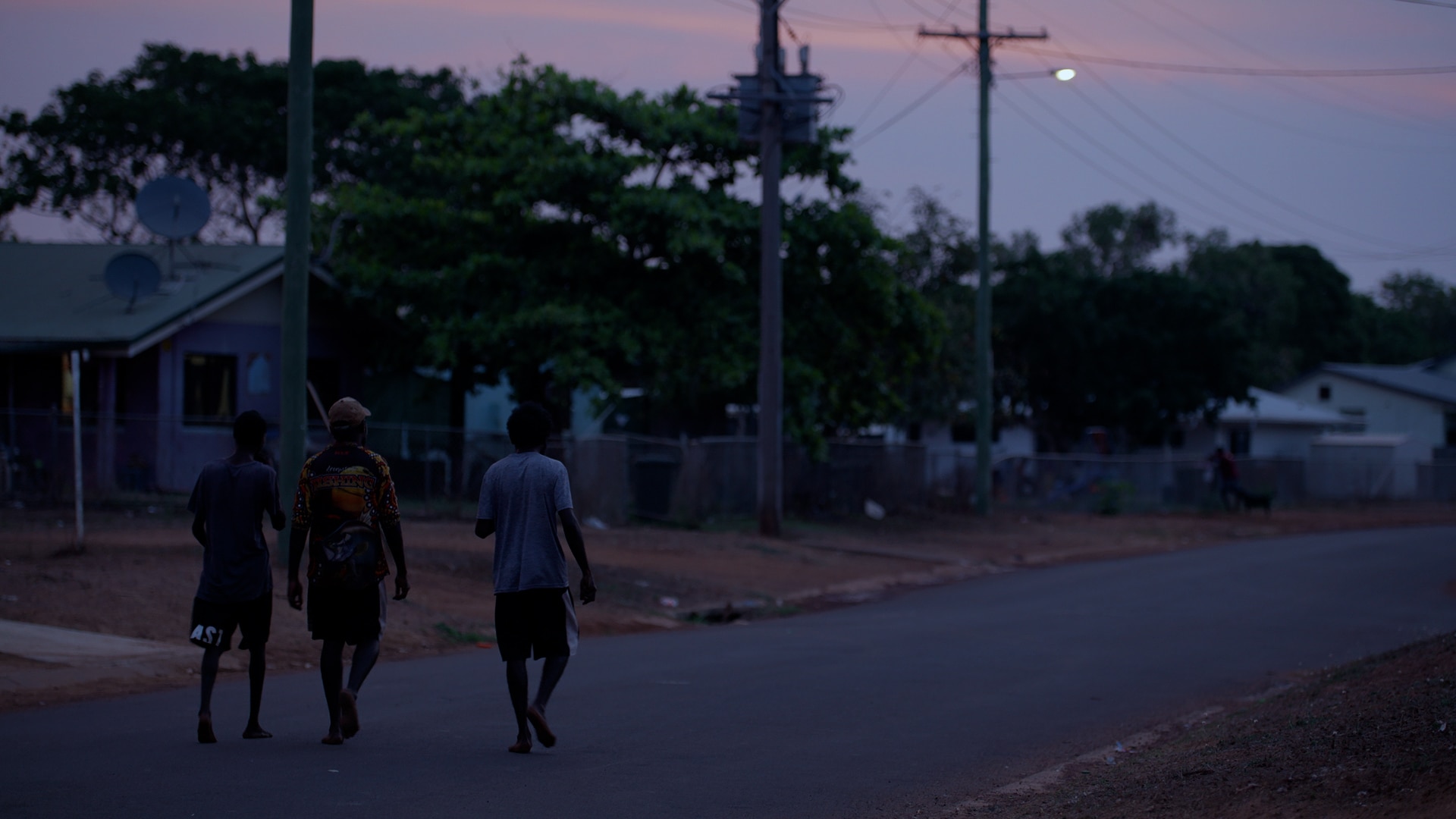 “Opening the pub will be the very beginning of it, it’ll give us a chance to implement the services we think are needed and will be effective.

“We want to be sitting in the pub like everyone else does in Australia, having a good old yarn and a laugh, not sitting in individual groups, hiding from the police and fines.”

The island has been described as a ‘paradox’ by Mr Barnes who said reopening the pub would make way for more rehabilitation programs on the island.

“Beginning to supply even minimal amounts of alcohol to people would reduce the incidence of people using home brew,” he explained.

“You have a community under total alcohol prohibition with a significant alcohol problem, people would shake their heads at that, but it’s the reality.” 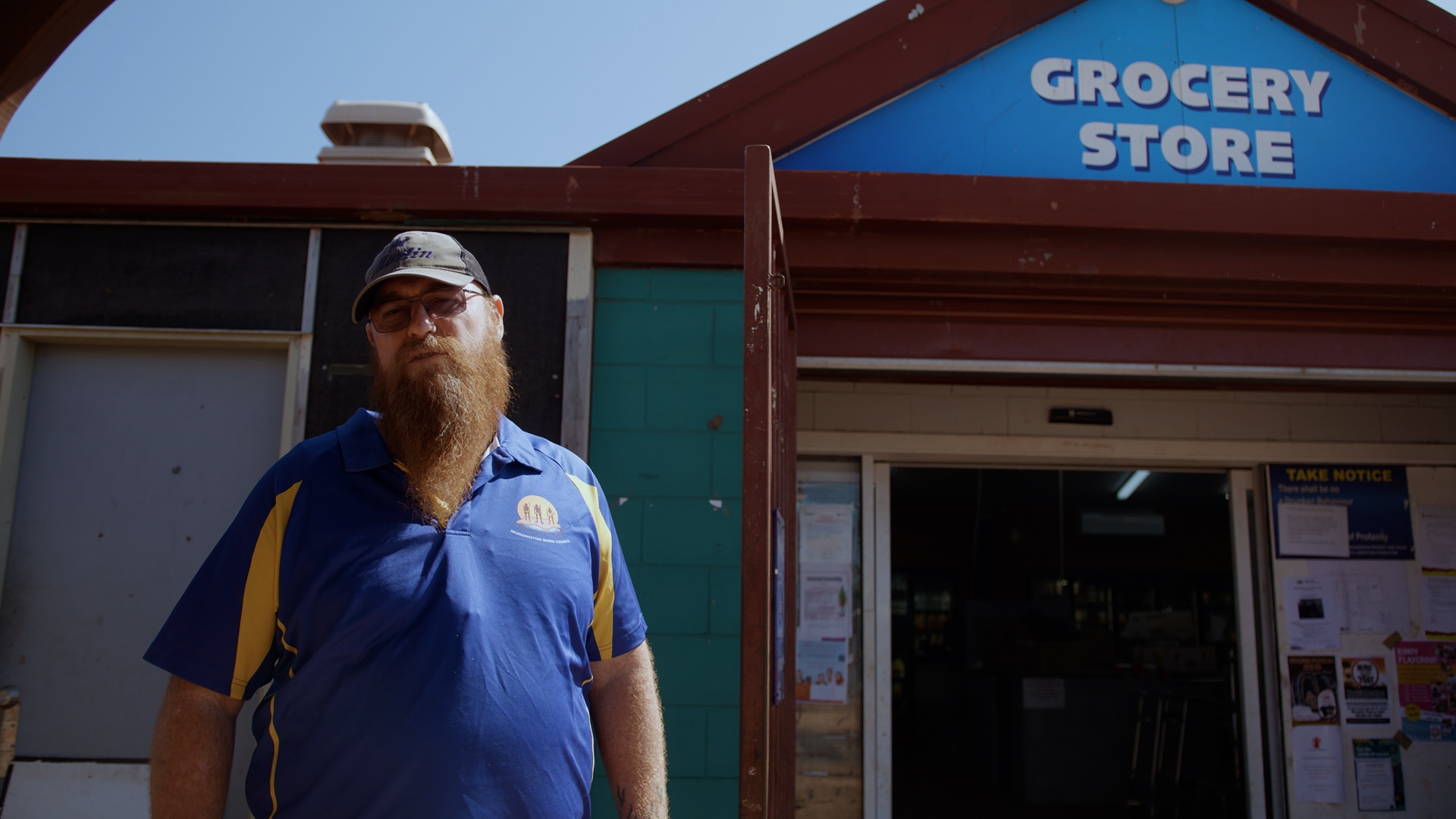 “Because people go to rehab and come back you don’t have this movement of people in recovery, a population of people that are carrying the idea of recovery from alcohol dependence,” he said.

“Without a long-term strategy to implement that and create a presence that manifests recovery for the community it will not happen here.

“Not because people don’t want to have recovery, it's because they’re not supported in that and that was the mistake that was made in terms of prohibition.”

The council are in negotiations with the Queensland government to see the pub reopened and an application  has been made with the Office of Liquor and Gaming regulation.